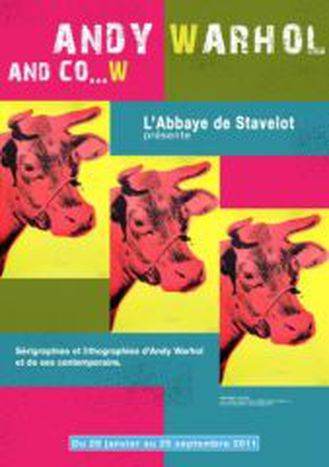 It's all happening here

All that serious European Council summit business has given us a thirst for some fun... Here's a round up of the best cultural activities happening in this fair city in the coming days and weeks. Read our list of must-sees, must-dos and must-experiences. If you have been to any of these fairs/exhibitions/concerts/shindigs or if you plan on going, then get in touch by mailing bruxelles@cafebabel.

com and tell us about it.

We'd love to know, and we'll put your thoughts on our blog for all the world to see...

For all you nerds out there, check out the Foire du Livre that will take place in Tour et Taxi from the 17 Feb until the 21 feb. This year's theme : "Le monde appartient aux femmes !" If you just can't enough of the U.S and A then check out L'Amérique, c'est aussi notre histoire ! also in Tour et taxi and ongoing til the 9 May. The riches of the Ottoman Empire are displayed in all their multicoloured glory in the expo Couleurs d'Orient, arts et art de vivre dans l'Empire ottoman, on at La Villa Empain until 27 February. Slightly weird, definitely Warhol is Andy Warhol and Co…W an exhibition presenting Andy Warhol's genius. Just started, it runs until September at the Abbaye de Stavelot. The running theme throughout most of the Marolles' history has been poverty. 1210 – : Marolles, terre d’accueil picks it apart for a small fee until 30 April in Porte de Hal. Yay, finally an expo dedicated to the most important meal of the day. Breakfast time! Histoire du petit-déjeuner, ici et ailleurs at the Musée Bruxellois de Moulin et d'Alimentation until the end of August.Ancienne Belgigue, Brussels' premier events venue will rock out with Iron & Wine on February 16 for one night only. It would be almost rude not to go see this band.

Going to one of these happenings? Let us know, for God's sake!