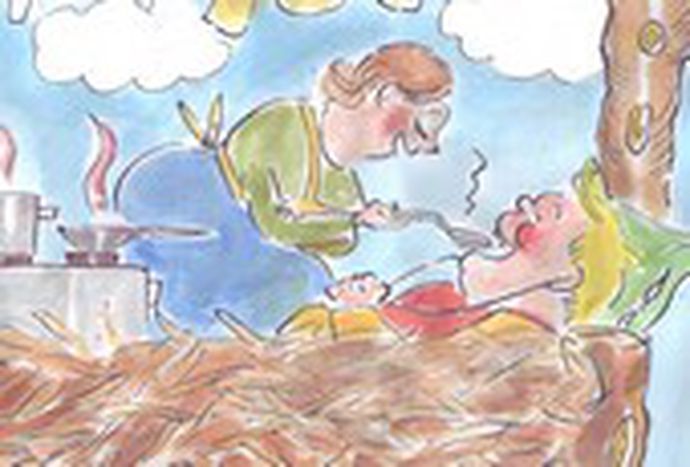 If you're Italian, have been sleeping in the same bed for over the last 20 years and aren't running the risk of moving out of your childhood bedroom, chances are you've been diagnosed 'bamboccione'

Italy has set a new record: it is the European country with the oldest young people. According to some merciless statistics, there are now about five and a half million Italians between the ages of 18 and 34 who still live with their parents (69.7%). Back in 2007 Tommaso Padoa Schioppa, then Italian finance minister, thundered: ‘mamma’s boys should be thrown out of the house!’, but hardly anyone paid attention. Today another minister has re-opened the debate: ‘pension money is going to mamma’s boys!’ suggests Renato Brunetta, minister of public affairs, declaring that he himself, in his earlier years, was one of them.

The story of Italy's mamma’s boys is a normal, everyday one: for financial reasons, young people decide to stay with their parents because they can’t afford rent. The term bamboccione is a neologism in Italian: it comes from ‘bamboccio’ meaning an awkward, foolish, immature man. Another term used for this type of person is ‘fannulloni’ or ‘layabout’.

Other European countries have their own brands of overgrown kids. In France, the Tanguy was born after the 2001 film of the same name; the hero, Tanguy, is a 28-year-old who still lives with his parents. They are also known as ‘adulescents’, a contraction of the terms ‘adult’ and ‘adolescent’.

In Germany they are called ‘Nesthocker’ (a bird that stays in the nest) or ‘Muttersöhnchen’, which literally means ‘mamma’s boys’. In Poland there are various ways to refer to mamma’s boys. One of the most original has to be ‘na garnuszku rodziców’ (in their parents’ pockets), a term for grown-up kids who still haven’t started working. Last but not least, in there's a whole generation born out of the phenomenon in Spain: the géneracion ni-ni sums up the situation of a grown-up kid who does not study or work and who, of course, lives with their parents. In other words, all across Europe we are laughing at these eternal children. But they aren’t making trouble and continue to live with their mum and dad in peace. So here’s to mamma’s boys, the new status symbol of the 21st century.