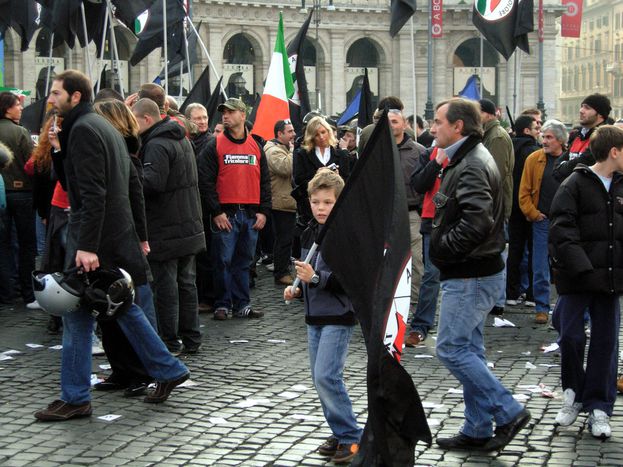 'Tricolour flame', 'new force', 'the right' - these Italian political parties are to the 'right of the centre right'. How should they organise themselves for the European elections in June 2009?

They have some ideas in common. They all want a revaluation of some aspects of fascism and support the theories of historical revisionism. They are against global capitalism and identify with the values of national identity, tradition and homeland. They reject the Lisbon treaty and support the idea of a 'Europe of nations', militarily independent from the United States and in between liberalism and communism.

However, getting them to work together in the forthcoming European elections in June 2009 could prove difficult. The call made by the New Force for a list which gathers together all the forces of the right has not yet produced any results. Whilst he waits the leader and MEP Roberto Fiore has started their electoral campaign, supported by Bruno Gollnisch of the French national front. The rejection of the Lisbon treaty and the 'immigration crisis' are hot topics. The party also cultivates links with other European extreme right groups thanks to the political cartel of the European national front which includes the Spanish la falange, the Romanian new right ('Noua Dreapta'), and the national democratic party of Germany (NPD).

Luca Lorenzi, responsible for Italian touth, the youth movement of The Right (a party stemming from the National Alliance), hopes that the return of the electoral campaign will attract much attention. Among the electoral themes are the right to housing for every Italian, immigration control, developing southern Italy and saying no to Turkey joining the EU. These are not just European questions as Lorenzi admits that such a focussed campaign 'would not have much success', even if he promises that the party’s youth element will do as much as possible to ‘Europeanise’ the debate. 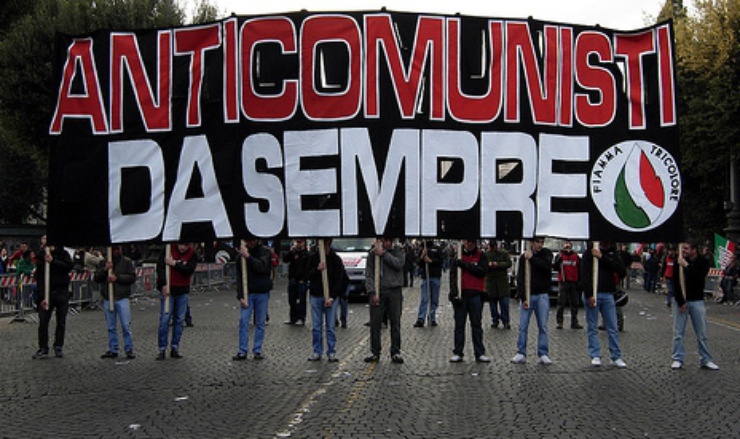 Luca Romagnoli, MEP and secretary of the Tricolour Flame ('La Destra–Fiamma Tricolore', a party born after the moderate change in direction of the National Alliance in 1995), will insist upon the idea of a 'Europe of homelands' which supports the idea of tradition and affirms its own independence from the United States. He hopes for more power for the European parliament, even if 'national judicial customs and usage are not to be replaced by EU law,' citing as a negative example the initiative on xenophobia introduced in November 2008 to which everyone will have to comply, which has been judged as 'too restrictive'.

The most natural formation for The Right seems to be the union for Europe of the nations (UEN), where the MEP Nello Musumeci currently sits. Romagnoli and Fiore did belong to identity, tradition and sovereignty which only survived eleven months. 'It was an inglorious end to a group active only on paper,' admits Romagnoli. Sometimes the nationalism of each delegation ends up being a hindrance. 'If the Austrian nationalists ask for the Alto Adige region to be returned to Austria it’s clear that I can’t agree to it,' observes the MEP. 'It’s as if I asked for Nice and Savoy from France, certain subjects shouldn’t be dwelt on,' he goes on, dispirited. 'We aren’t eurosceptics and we find it difficult to divide into groups like independence and democracy. The UEN is better.' His conclusion ends with a wish. 'I admit we were lucky in the last elections, let’s hope that we can repeat it.'