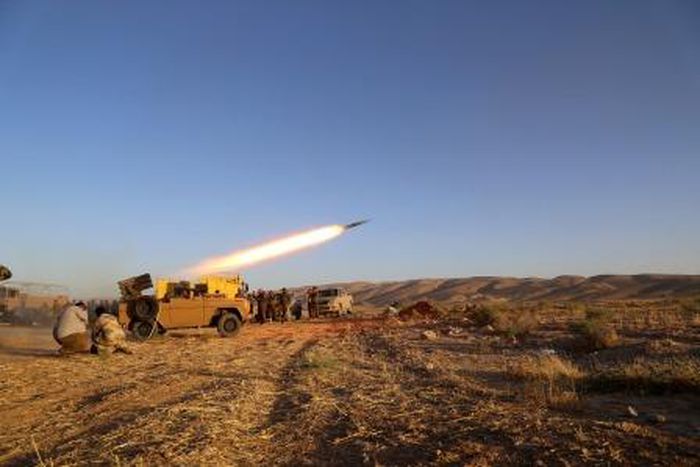 <Opinion> The “cold war” atmosphere is spreading across the West and the East while we witness deep changes in Europe. The economic crisis, which unleashed the downfall of many sovereign states in Europe contributing to the rise of populist and far-extreme parties along with the civil war in Syria, has changed the political and international world scenario.

On the 6th February, the European EUObserver wrote “Nato to open facilities on Russia's doorstep”. The list includes bases in Bulgaria, Estonia, Latvia, Lithuania, Poland, and Romania as well as a “training center” in Georgia. The aim is to create a defensive line between Eastern Europe and Russia. At this point, it is important to look back at history and see how the mainstream media have influenced the conflicts and wars from the past with terror campaigns in order to prepare the population. My humble opinion tells me that this looks openly like a defense maneuver. But let us move on.

Since the beginning of the civil war in Syria, in 2011, little was done by the international community to stop the slaughter besides sanctions and diplomatic warnings. In the beginning, the UK was in favour of an international military intervention, while France and Germany were against it. Later, prime minister David Cameron changed his mind, after considering the hypotheses of an Islamic revolutionary army as a result. As for the United States, Obama was always against ground intervention, bearing in mind Vietnam, Iraq and Afghanistan, the American leader has adopted a different stance trying the diplomatic way, even after being proven the use of chemical weapons in Syria.

On the leaked “Syria Files” from Wikileaks, we can read a political communication from US Brown Lloyd James, a powerful global strategic communication enterprise, dated May 2011, to Fares Kalla, a consultant inside the Private Office of the First Lady, expressing that “it is clear from US government pronouncements since the beginning of the public demonstrations in Syria that the Obama Administration wants the leadership in Syria to survive. Unlike its response to demonstrations in some other countries in the region, there have been no US demands for regime change in Syria nor any calls for military intervention. Criticism has been relatively muted and punitive sanctions - by not being aimed directly at President Assad - have been intended more as a caution than as an instrument to hurt the leadership.” 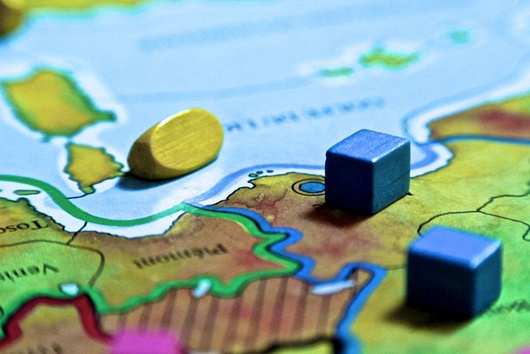 I am not apologist of military interventions in sovereign countries and I am against all forms of attempt to “colonize” independent yet fragile and unstable countries. International cooperation should be regardless of any kind of reward. I saw the international coalition against ISIS as a good attempt of trying to eradicate the extremist fanatic Islamic group, but we can’t help thinking of all the side effects caused by the airstrikes. Nevertheless, it has been shown that the air coalition has not been very effective.

But something has changed recently. After the atrocious killing of the Jordanian pilot by ISIS, Jordanian air forces are repeatedly striking the Islamic State’s targets determined to eliminate the self-proclaimed caliphate and revenge its citizen. After being criticized of doing little to stop the Islamic State threat, the United Kingdom is about to send 2,000 special forces to help Jordan in this fight against ISIS.

Meanwhile, we see a feeble Europe, we see a European Union not so united anymore, with Greece as the number one country who decided to shake up the Union a little bit. After extreme-left Syriza’s won the elections and since then pursued the end of the austerity, the South of Europe, hopeful of a debt release, are raising their voices against Germany, the European Central Bank, the International Monetary Fund and the European Commission, determined to block Greece’s attempt of reducing the debt. This led us to the recent approximation between Greek prime minister Tsipras and Russian president Vladimir Putin.

Putin has shown interest in collaborating with Greece after inviting Tsipras for a ceremony in Moscow on the 9th of May. In fact, the international community was caught by surprise after Tsipras’ victory had announced Greece’s objection on sanctioning Russia, but after all, Greece has decided to accept the EU’s statement regarding the sanctions towards Russia. Greek finance minister said “the problem was that he [Tsipras], and the new Greek government, were never asked [about the statement]!".

We also see an authoritarian and repressive Hungarian government closer and closer to Russia. It is important to highlight that Greece, Hungary and Turkey are NATO members, with the latter having the 8th most powerful military army in the world (Russia occupies 2nd place in the ranking).

But the pro-Russian block had another sudden ally after Cyprus president, Nikos Anastasiadis, had offered Russia Cyprian territory to implement military bases. Cyprus is a member state of the European Union, however, its president has been very clear against further sanctions towards Russia due to the Ukrainian conflict. Thus, we see an apprehensive United States towards Iran, trying to influence public opinion on how dangerous a country can be with WMD (remember Iraq?). Putin’s Russia knows he can count on both Saudi Arabia and China.

When speaking about international relations we can only formulate ideas based on our interpretation of the facts. Nothing is certain and what is today might not be tomorrow. But one thing is guaranteed on the current political and international scenario: we are assisting to a world division shaped by different interests and ideologies, but above all by the desire of world dominance. The United States are losing their characteristic superpower tag and Russia is emerging and making new friends. For the moment the European Union is battling to preserve peace, not only in Europe but across borders, yet the “economic war” imposed on its citizens has also contributed to the debate on whether Europe is good or not. I’m convinced we will witness big changes worldwide in the coming future.