If you come to Istanbul for the first time, the city will greet you as a dazzling swarm, an entanglement of streets, huge crowds of people and a jumble of voices. The longer you live there, however, the more you establish clear lines along which you walk through the city: the squares and spots (cafés) you visit every day. The city becomes smaller.

At the same time there is the constant sense of a vivid and permanently growing metropolis beyond the familiar and often frequented places in Beyoğlu, Beşiktaş and Nişantaşı. In order to experience the extensions of Istanbul ourselves we – some architecture students, artists and other Istanbul lovers – set out by foot and started to walk through the whole city along a straight line from West to East. Our multinational group of eight was led by our “line officer” Markus Jeschaunig, who had come up with the idea for our urban adventure. 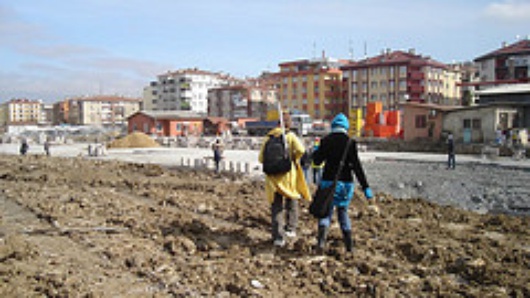 After some preparation – organizing a GPS device, renting a fishing boat, looking for ways to cross through military zones (no way!) – we got started one morning in February 2007 around 8 a.m., starting our excursion from a point near Atatürk Airport. The line we were going to walk measured 26 kilometres, passing the 41st degree of longitude, with Hagia Sophia at its centre until we reached the suburb Ümraniye within the Asian part of the city. 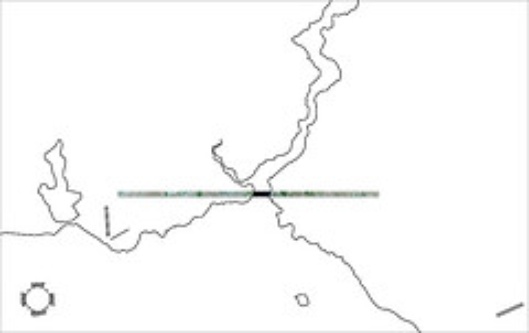 It took us three days to walk the line – a route of about 40 kilometres as, of course, we were not always able to walk it straight through the city: houses, gardens, the Efes brewery, the Bosphorus and many more hindrances came into our way and had to be circumvented. However, while we were walking we marked our line by dispersing seed which – we hope – has meanwhile started to grow and blossom. We also exchanged objects with people we met during our trip: In return for our compass we received a ring, for the ring we later received a necklace and so on. Eventually we ended up with a pocket knife. Our little project also gave us the opportunity to talk to people and get to know them a little. The line developed some kind of a personality for us, consisting of the characters and stories we had encountered.

Afterwards, during a workshop, we created a map of all the experiences and information we had gathered while walking the line. We would love to share our experiences by providing pictures, text and a map which shows our on-line-walk – and let other people experience it, too. 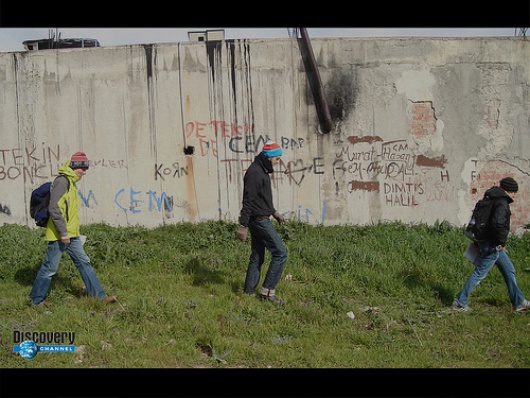 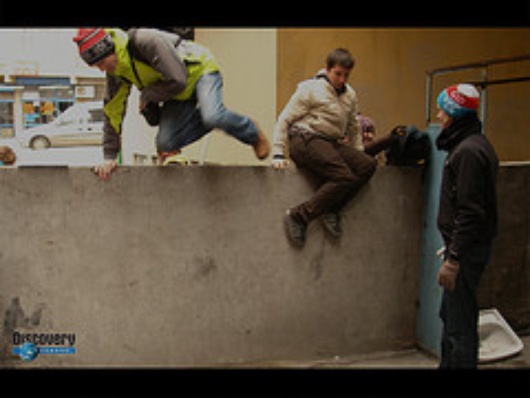 Istanbul is a highly complex city. Line walking provides a good structure to grasp it without loosing orientation.

Jana Mende lived in Istanbul from September 2006 to July 2007. For more information on the project and to view the map of their walk visit: http://8ung.at/jesh/

Translated from German by Dorte HUNEKE

Translated from Istanbul On Line