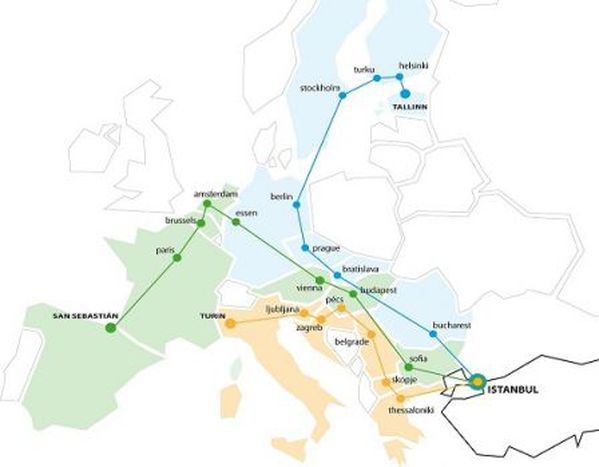 45 young directors, cinematographers and sound designers will be divided into 15 crews, travelling by train along 3 different routes and arriving together in Istanbul:

Tutored by professionals, along the way they will shoot short films on the topic of multilingualism, investigating its ties with cultural identity, minorities, mobility, urban environments, and even love relationships.

Slow travel towards the edges of Europe

Over the last decades the eradication of borders for EU citizens and the rise of low-cost air travel have allowed many to live and work where they please. Yet we don’t take so much time anymore to experience travelling from one place to another. Crossing multiple borders and stopping to experience different linguistic situations first-hand is surely the best way to understand them. And cinema is the ultimate tool to pass on the voices of the New Europe to a larger audience. 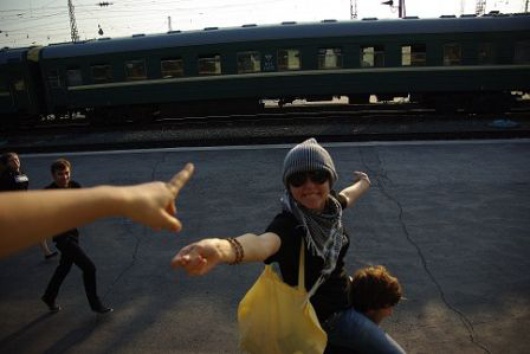 In 2008 our successful “Cine-Train” project brought young filmmakers from Moscow to Vladivostok along the Trans-Siberian railroad track. NISI MASA is now turning its gaze towards another country on the edge of Europe and Asia - Turkey. Of the countries on the waiting list for EU membership, none is more hotly debated. Many believe that it needs large political and economic restructuring, but moreover it seems to be a question of culture: some argue that Turkey is more Asian than European, and a union involving a country with such a large Muslim population is often feared.

With Istanbul’s celebrations as European Cultural Capital in 2010, there’s no better time to re-examine this situation. Istanbul is geographically the closest Turkish city to the EU, and (as all those having any basic familiarity with our continent’s history should know) has had strong connections to Europe for centuries. In the most literal sense though, as of 1883 the famous “Orient Express” train connected Istanbul to cities such as Paris, Vienna, Budapest and Sofia. The mythic journeys on the Orient Express have captured the imaginations of authors such as Graham Greene, Agatha Christie and Bram Stoker. Some well-known film narratives have of course taken place in the train. And now we intend to create our very own…