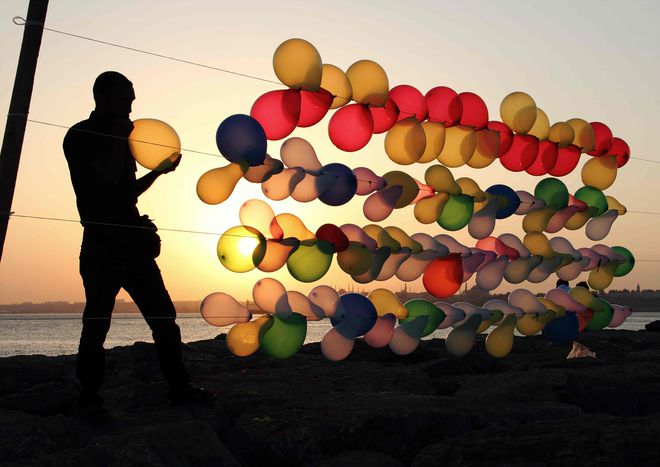 IS POST-WAR EUROPE JUST A TALE OF THE PAST?

How do you go on living after the war? As Tales of the afterwar is about to take off, let’s go back to the roots of this journey.

Once upon a time, two communities, which had been living in mistrust and suspicion of one another for several generations, settled on the same Land. One day, an unprecedented crisis arose in the country. Suspicions turned into tensions, and tensions into hatred. A conflict eventually blew up and undermined the region for several years until the communities came to a peace agreement.

This story is a vague and timeless one if not defined to a precise time and space: our contemporary Europe. It remains nonetheless incomplete, for it does not mention the difficult comeback to a normal coexistence, nor the pending labour to build up peace again between the communities.

A breach within Europe

Six months ago, a desire to dedicate some time to the issue of coexistence in Europe suddenly took hold of me. Why Europe? Maybe because I always felt at home there, and because this continent, which had been a symbol for democracy and social good, seems to have recently been stripped of its dreams and faith in the future. How did this happen? And how can we reverse this trend which is giving birth to extremism, the fear of others and isolationism?

It was a huge subject to tackle, and I needed an angle. A Slovenian Photographer I met during a conference eventually got me on the right track. As we were discussing the ongoing European crisis and its possible consequences, he reminded me that it was usually extremely difficult to predict the outcome of such situations. In the 1990s, no one had seen the Balkan war coming! The unthinkable had suddenly burst into the life of every Slovenian. Even the journalists sent to Sarajevo at the very beginning of the conflict found it hard to believe the atrocities described by the Bosnian refugees.

And that’s when it hit me: an extreme coexistence crisis is in fact nothing less than a civil war. By taking the habit of considering peace as granted, were we not taking the risk of letting it slip between our fingers one day? War has however struck Europe several times in the last 20 years. In the East: Ukraine and Georgia, as well as in the West: very few people know that a wall still divides the Catholic and Protestant communities in Northern Ireland, a relic of a thirty-year conflict that only came to an end in 1998.

Tales of the Afterwar

A new question began to arise: what happened to the people who had been fighting one another once the war was over? How did they return to a normal life and manage relationships with their neighbours after fighting for several years?  «Conflict-transformation in post-war countries is a huge field of study neglected by most historians and journalists », a World War II expert once told me. But I had the feeling that Western Europe, which had been peacefully asleep for three generations and was only now waking up from its heavy slumber, had a lot to learn from those regions where the memory of conflict was still vivid and where everybody could sense what was at stake behind peaceful coexistence.

From one research to another, I ended up discovering local initiatives led by civilians to build up a dialogue between the communities that had been previously at war with one another. Like a string gradually unravelling, I learned about projects designed by researchers, artists, farmers, former soldiers, teachers or social workers. The next logical step was to go meet them and listen to their stories.

This is the idea behind Tales of the Afterwar: to tell the stories of people who are contributing to building peace in European regions which were recently in conflict. From Northern Ireland to Bosnia-Herzegovina, this journey across Europe will attempt to relate people’s daily lives, fears and hopes for a future without conflict, and celebrate the courage of ordinary heroes who are preserving peace in post-war countries. 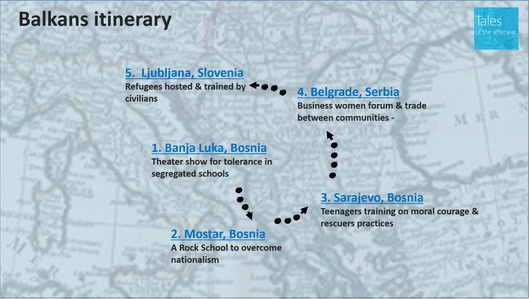 Learn more about Tales of the afterwar on Facebook