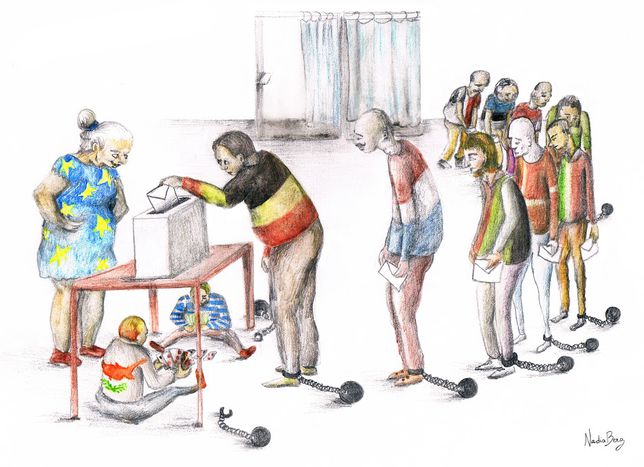 Is mandatory voting the solution to apathy?

Since 1979, the voter turnout for the European elections in the member states has been decreasing almost continously. Would mandatory voting resolve the problem of under-participation?

The sharp decline in voter turnout for the European elections has added to lingering doubts on the legitimacy of the democracy with the European Community. This electoral turnout crisis is the result in the rise of citizens' lack of confidence in their representatives, or even by a loss of interest in political and social matters.

One of the solutions is to make voting mandatory for the European elctions within all members nations. However, is it really the right solution to increase the involvement of the European citizens or is it only a way to fight the growth of apathy and abstentionism?

Of course, if every voter were to go to the polls to vote for their own European representatives, they would also have the possibility to vote 'blank' or 'nill'. This choice, although often criticised, would enable them to express their preference and do their duty as a citizen.  Thus, the integration process of the European Union would be faster and more democratic.

However, those against that solution think that it would be a flaw in the democracy and that it's the duty of the political parties to look for voters. In France, like in most European member states, voting in the elections is a right, but is only a moral duty for the citizens. 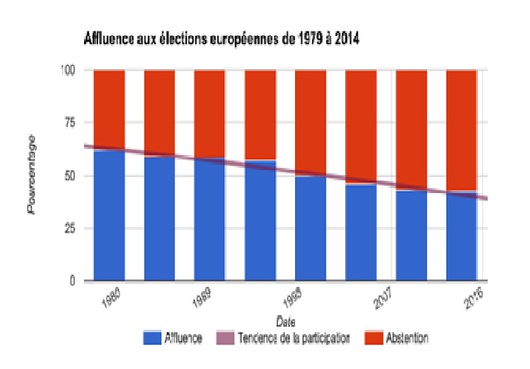 At the moment, voting is only mandatory in Belgium, in Luxemburg, in Greece and in Cyprus.  Whereas Belgium and Luxemburg saw a turnout of respectively 89.64 % and 74.8 %, only  59.97 % of Greek citizens and 43.97 % of Cypriots went to the polls to choose their MEP in 2014. These results are still all higher than the European average, at 42,54 %, and may indicate than making voting mandatory would contribute to an increase of the turnout of other members states. This being said, Italy and Malta have a turnout of  57.22% and 74.8% respectively.

But one wonders if the fact that voting is not mandatory really is the only reason of this absenteism. Aren't politicians just using it as an excuse not to take responsibility for the lack of interest from voters, especially young voters?

It's clear that it's necessary to remind the citizens of the rights and the duties come with being an European citizen to increase their participation in the politics of the EU. The question is how. 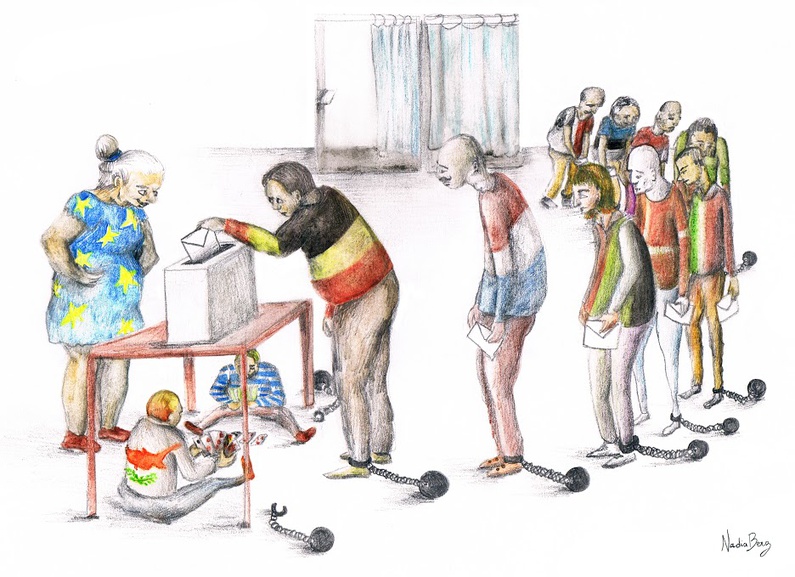