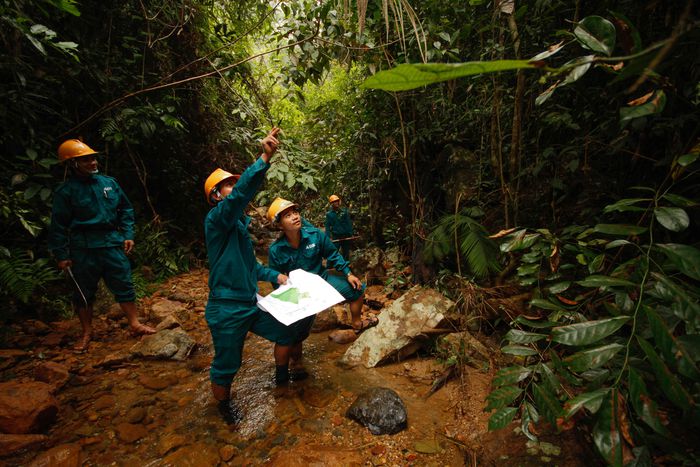 Is climate change the major concern of the XXI century?

Because we cannot take for granted the water we drink and the air we breathe, we all must take the environmental cause seriously. Ahead of the Paris Summit, adaptation strategies are needed at all levels of administration: at the local, regional, national, EU and also the international level.

The countdown has begun. Several instances proving how our planet is progressively deteriorating are undoubtedly before our eyes. First and foremost, half of the wetlands have been lost since 1900; nearly 80% of sewage in developing countries is discharged untreated and pollutes rivers, lakes and coastal areas; in developing countries, 70% of industrial waste is dumped untreated into waters where it pollutes the potable water supply; every day, 2 million tons of human waste is disposed into bodies of water; the global sea level rose about 6,7 inches in the last century; all three major global surface temperature reconstructions show that the earth has warmed since 1880, however, most of this warming has occurred since the 1970’s, with the 20 warmest years occurring since 1981. The 10 warmest years occurred in the past 12 years. Between 2030 and 2050, climate change is expected to cause approximately 250,000 additional deaths a year, mainly because of asthma, malnutrition, malaria, diarrhea and heat stress. These proofs are crying out for help and intervention, which can only be tackled with a worldwide effort. 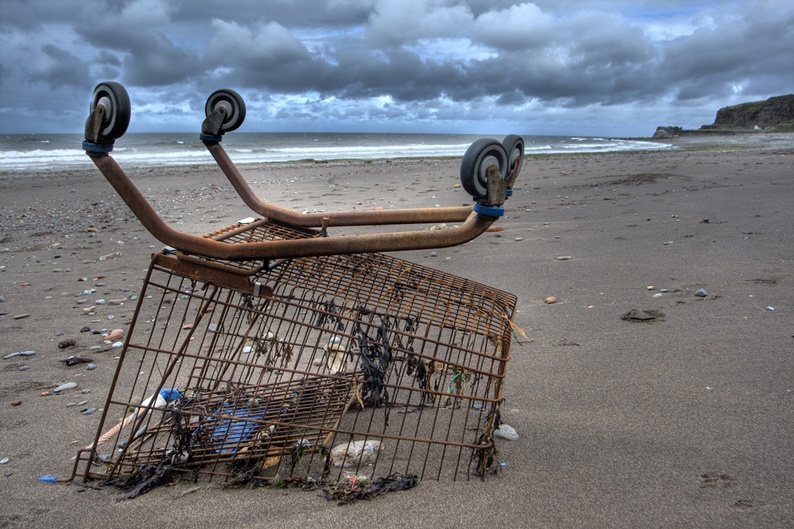 In December 2015, the United Nations Climate Change Conference (UNCCC) will take place in Paris, focusing mainly on achieving a legally binding and global agreement on climate change from all the nations in the world. The hot topic on the table is the reduction of greenhouse gas emissions aimed at limiting the global temperature increase to 2°C.  This ecological odyssey intends to convene leading businesses, regions, cities, financial institutions, other organisations and stakeholders to come up with and develop solutions to climate challenges. Leaders from national governments, business, finance and technology will have the chance to network, do business, and influence the climate change agenda in a positive way through the Road to Paris initiative and the Paris Declaration, an announcement from governments, business and finance to support an international climate deal during the UN COP21 in 2015.

Only in late 1979, the first World Climate Conference (WCC) took place in Geneva with the aim of tackling the environmental cause. A long way has been made since 1979 until now.  In 1988, the Intergovernmental Panel on Climate Change (IPCC) was set up. Later on, in 1990 the IPCC’s first assessment report was released and both IPCC and a second World Climate Conference called for a global treaty on climate change. Also, the United Nations General Assembly began its negotiations on a framework convention. The basis of an infrastructure to address the environmental cause at a global level was then created. Afterwards, meetings were settled and in 1992 the International Negotiating Committee (INC), at the Earth Summit in Rio de Janeiro, Brazil, adopted the UNFCCC (United Nations Framework Convention on Climate Change) text, entering into force in 1994. In 1997, the famous Kyoto Protocol was formally adopted at the Conference of the Parties (COP3), entering into force in 2005. In 2009, the Copenhagen Accord was drafted, with countries submitting emissions reductions pledges. A few years later, in 2011, the Doha Amendment to the Kyoto Protocol was adopted. And finally, the last big event before the Road to Paris happened in Warsaw, where key decisions were adopted, including the Durban Platform, the Green Climate Fund and Long-Term Finance.

What is Europe doing?

From the European side, the Commission presented the 2030 Climate and Energy Framework on January 2014. This framework represents a center to launch discussions on how to take certain policies forward at the end of the current 2020 framework. The Luxembourg EU Presidency also has several issues to discuss concerning environmental policies. Naturally, the road to the Summit in Paris is a priority, not only in terms of external communication but also to discuss climate finance for the coming years. The reform of the EU Emission Trading Scheme (ETS) is now on the table after a recent proposal from the Commission. The ETS covers more than 11,000 power stations and industrial plants in 31 countries as well as airlines. However, stakeholders have shown some disagreement towards the Commission’s stance on this subject. Lies Craeynest, Oxfam’s EU policy advisor, said that “the European Commission has wasted an opportunity to make its flagship climate tool fit for purpose by offering compensation to heavy polluters instead of making pollution pricing work for low carbon development and climate change adaptation in poor countries.” Nevertheless, the EU has undertaken some of the world’s most ambitious climate goals, promising to cut emissions by 40 percent by 2030, to have renewables supply 27 percent of the bloc’s energy and to cut energy use by 27 percent.

Also proposed by the Commission, a circular economy is due to remake Europe into a more competitive resource-efficient economy, addressing a variety of economic sectors. Another very important topic to debate is related to air quality throughout the Member States. The Presidency will impose the revised National Emission Ceilings (NEC) directive on unwilling Member States. Regarding this matter, the European Commission has already referred Belgium and Bulgaria to the EU Court of Justice due to persistently high levels of dust particles (PM10) posing a major risk to public health. Sweden was also warned by the Commission to take urgent action on its poor air quality.

Currently, a proposal from the Commission to Parliament and the Council regarding enhancing cost-effective emission reductions and low-carbon investment is awaiting a committee decision. This proposal aims to amend Directive 2003/83/EC and implement a more sustainable regulation concerning global warming. In preparatory phase in Parliament is a delegated act addressing the technical implementation of the Kyoto Protocol after 2012.

In the USA, Barack Obama has made an important step in reducing carbon pollution from power plants with the Clean Power Plan. Before the end of his term as President, Obama has made a bold decision when introducing this new environmental measure. This action establishes for the first time national standards for limiting carbon pollution from American power plants and aims to reduce carbon dioxide emissions by 32 percent from 2005 levels by 2030. "The Clean Power Plan gives further momentum to #COP21, shows US commitment to underpin its international climate pledge with domestic action", EU energy commissioner Miguel Arias Canete tweeted. UN Secretary-General Ban Ki-Moon referred to Obama’s “visionary leadership” while German environment minister Barbara Hendricks said the plan was an "important signal" for the Paris talks.

Nevertheless, the US political spectrum was promptly divided when it came to support this measure. From the Democratic side, presidential candidate Hillary Clinton has backed the plan, promising that if elected she will defend the Clean Power Act against “Republican doubters and defeatists”. But the Republicans are focused on business and on the coal industry and have attacked this measure calling it a “war on coal”. From an economic point of view, it is true that many Republican states will be affected by this measure. West Virginia, Kentucky and Wyoming are all states that get about 90 percent of their electric power from coal. And here we find ourselves confronted with a moral decision that has long been destroying our planet. We know that economical and financial interests are put in front of the environmental cause and everyday we are confronted with the terrifying consequences of that choice.

According to Alexander Yakovenko, Russian Ambassador to the UK and Northern Ireland, “in recent years, Russia has been actively participating in the international cooperation on climate issues and is the world leader in terms of emission cuts. Over the last two decades, Russia has managed to reduce its total emissions in the energy sector by roughly the same amount that the EU has emitted over five years, and the US over three.”

As for China, the biggest polluter in the world has admittedly intensified carbon reduction. Prime Minister Li Keqiang made the announcement following an official visit to Paris, where the global conference will take place in December. Nevertheless, doubts still remain regarding the main goal of achieving the 2°C reduction worldwide. “We think the collective ambition of what has been put on the table, in particular major emitters (EU, China, US) are not sufficient to help us maintain below 2°C,” said Li. “Now it is the task of the political process all the way to Paris to ensure we have a robust agreement by the end of this year to enhance action further.”

Let’s take a look at Singapore, a country where strict rules are imposed upon those who fail to make an effort for the environmental cause. In Singapore you are fined if you throw litter to the floor. Some might claim that these rules are compromising the state of democracy but if we look at the other side of the coin, people are actually being fine with the ultimate intuit of preserving the environment and public health. Issues like energy, water, waste, public spaces and commuting are very well addressed in a country that uses the power of law for an overall benefit of the population. 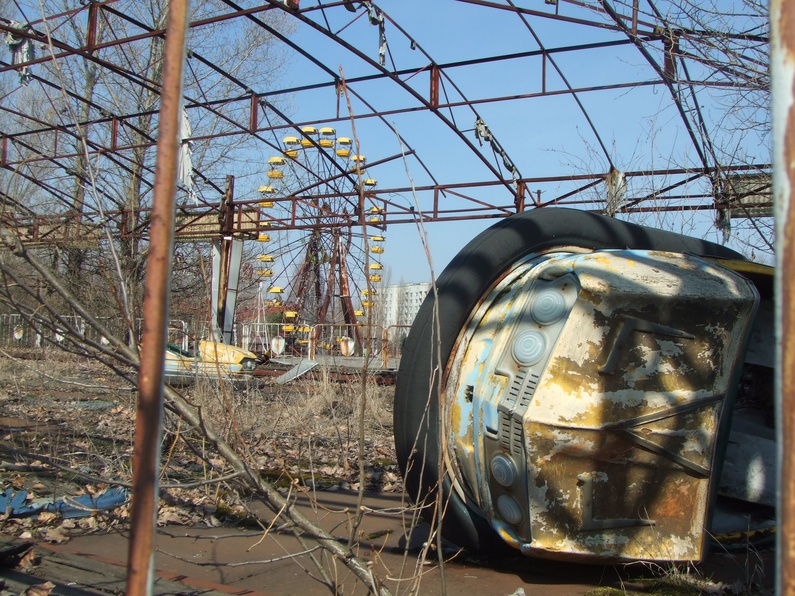 All international efforts to tackle climate change are praised and encouraged by the world population. Since the dawn of social awareness on environmental issues, our planet has seen several changes and people are changing their lifestyles towards a more sustainable way of living. But many concerns still remain. We, the population, can change some habits and incorporate new ones in our lives, but in fact, the overall change must be done by actions taken by world leaders. Unfortunately, it is the same world leaders that so many times have refused to put the environmental cause in front of corporate matters.

The new leader from the Labour Party in the UK, Jeremy Corbyn, has opposed maintaining nuclear energy in the country, setting out plans for a nuclear disarmament. This is a very environmentally friendly policy that even goes towards one of the solutions provided by Greenpeace to tackle climate change, “the rejection of false solutions like nuclear energy”. But David Cameron and his fellow Conservatives have reacted to this measure as an attack to national security in the UK, leaving the country in a fragile and vulnerable position. This is only one example where we have the real proof of how difficult it is to reach an agreement at a national level let alone globally.

Moreover, its is a well known fact that questions like radically reducing farming livestock are a crucial matter in order to attack climate change. But what has Europe done regarding this? Not much. Meanwhile, the greenhouse effect and global warming are escalating.

According to the medium fertility estimate by the United Nations Department of Economic and Social Affairs, Population Division, as of 1st July 2015, the world population was 7.349 billion people. China, India and the US are the top three most populated countries in the world. Studies have shown that during the 20th century alone, the population in the world has grown from 1.65 to 6 billion, and in 1970 there were roughly half as many people in the world as there are now. It is pretty obvious that we, as human beings, are the major destroyers of our own home. The uncontrolled expansion of urban areas and mountains of garbage, industry and industrial agriculture, hunting, poaching and fishing – leading to animal extinction - deforestation, production of animals for human consumption, are only a few of the infamous emblems of the twentieth century, along with an unstoppable human compulsion to consume, consume, consume. How can this be sustainable? The planet does not have to pay for our superfluous collective habits. It is therefore a duty for all of us, whether common citizens or world leaders, to live to preserve the world we live in, because as the famous Indian saying taught us “when the last tree is cut down, the last fish eaten, and the last stream poisoned, you will realise that you cannot eat money”.