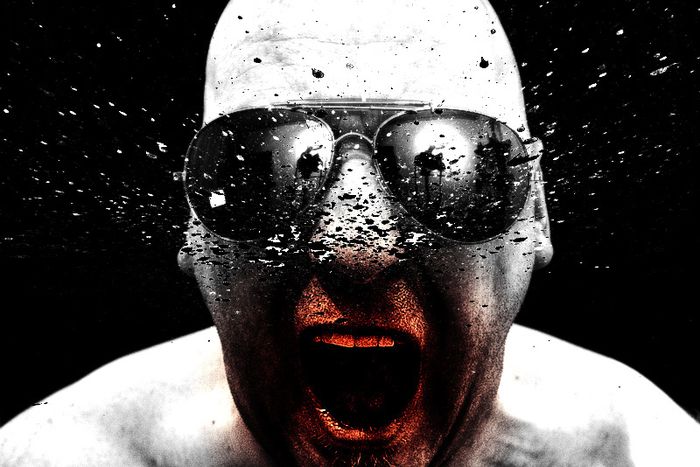 Is Belgium really a drug paradise?

In response to a joint report from the European monitoring centre for drugs and drug addiction and Europol, the Flemish daily newspaper 'De Standaard' dedicated a front page to Belgium, 'drug paradise'. Laurent Laniel, one of the researchers, explains more

Sometimes the effects of a drug may harm the people that it is supposed to treat. It must be said, De Standaard's coverage may have been the cause for their journalists' addictions to editorial trips. However, the Flemish Belgian newspaper is supported by a scientific report, which should set the EU's political approaches regarding drugs for the 2013-2017 period. As ordered by the European commission, the European monitoring centre for drugs and drug addiction (EMCDDA) and Europol, the articles in this document were largely written by a French researcher, Laurent Laniel. The sociologist and researcher at the national institute for advanced studies in security and justice (INHESJ) at Saint-Denis La Plaine, as well as the founder of the blog Drugstrat, explains the details of the report. Interview.

cafebabel.com: Laurent, on 4 February, the daily newspaper De Standaard's front page was headlined 'Belgium is a drug paradise', based upon a report that you helped to write. How do you feel about that? 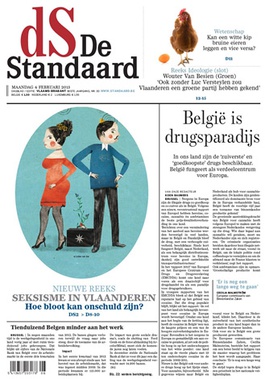 Laurent Laniel: It is a generalisation that is border-line sensationalist. Certain factors such as the number of import points for ecstasy and methamphetamine as well as a large production of cannabis in Belgium could lead to this kind of assertion. But frankly, it is an exaggeration. Belgium does not noticeably differ from other European countries regarding drugs.

cafebabel.com: In the report, you mention 'drug tourism' which can lead to miniature diplomatic upsets in accordance with the legislation adopted by neighbouring countries. What is it exactly?

Laurent Laniel: The Netherlands for example offer a rather particular legal basis; coffee-shops are supplied through legal measures, but the quantity of cannabis production in Holland is illegal. A repressive arsenal was established and led the cannabis farmers to emigrate or, at least, police pressure forced the farmers to transfer to neighbouring countries, notably at the Belgian border. Of the miniature diplomatic upsets which you mention, there was the particular instance in 1996 between Jacques Chirac's France and the Dutch government regarding the number of young French people who travelled to Holland to smoke cannabis, and who were occasionally involved in smuggling.

cafebabel.com: You also mentioned a link between the establishments that sell drugs completely legally and organised crime...

Laurent Laniel: Yes but be careful, it is important not to confuse coffee-shops with, for example, shops that sell the seeds. The latter are often owned by people involved in organised crime and who have created a veritable business from cannabis. This business leads to eliminating competitors or treating employees with aggressive behaviour. It is known as 'horizontal violence', which is a series of attacks conducted by those of the same level, between mafia.

cafebabel.com: Since January 2012, the Dutch government has reduced the amount of cannabis for sale, and only residents can visit coffee-shops. What do you think of this legal arsenal?

Laurent Laniel: I see a restriction of movement. I cannot speculate or speak on the political choices of the EU's 27 member states. I simply observe.

cafebabel.com: The report strongly emphasises the new face of drug trafficking in Europe over the last few years, especially due to the internet. To what extent does the web facilitate organised crime?

Laurent Laniel: We say that it facilitates relations between criminals. A large majority of new psychoactive substances are produced in Asia. They are rather easy to obtain online. It becomes complicated in India and China, where these new drugs are not banned and the companies which produce them are not aware of their destination. Criminals close to these companies are acutely aware of the evolution of each new substance.

They only need to be a little versed in chemistry and read scientific journals to create a product that is not yet banned and produces the effect of certain illegal drugs. It is very difficult to fight against. These people are always one step ahead by the time a new drug appears on the market, but it takes a long time. We do not know the long-term effects, whether they are dangerous or not. We are completely in the dark.

cafebabel.com: What are the specific features of Europe and the methods developed to fight organised crime compared to other continents?

Laurent Laniel: One of Europe's great strengths is that drugs are not considered solely as a criminal issue but also as social and health issues. The fact that the EU advocates a health approach can often compensate for the distress of those that are completely under the influence of drugs.