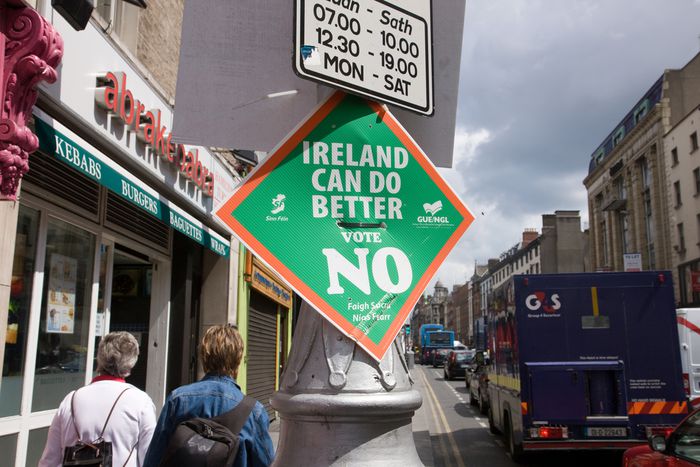 In the European debate, we always come back to the same topic: democracy. Now that the Irish have rejected the Lisbon Treaty, Europe’s chronic inability to create ‘true’ democracy is once again at the forefront of the debate. 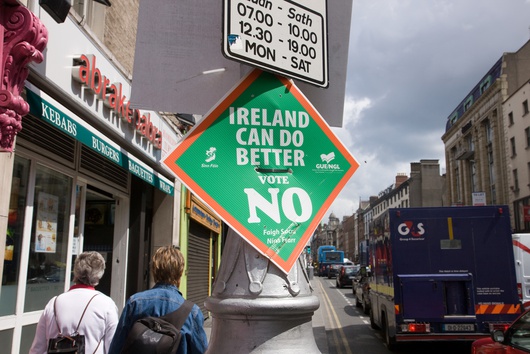 After the French and Dutch said ‘no’ to the Constitution in 2005, EU leaders waited for news from Paris, and the coming of Sarkozy in 2007, before agreeing on new rules to for the Europe of twenty-seven. Thus, the famous Treaty of Lisbon was born. Of course, the coffee in the Portuguese capital must have been delicious (Portuguese coffee is second only to Italian), but the Treaty was written, negotiated, and approved behind closed doors –as if it were a diplomatic agreement.

And yet, these are the most innovative rules ever decided upon in the last fifty years. Those, precisely, that govern the political reality of the European Union. An entity which, without going so far as calling it a ‘state’, today disposes of the regal powers: the minting of coinage (the Euro), the governance of its borders, and the drafting of (a bit too much) legislation.

Last Friday the Irish said “No”. No to a Europe perceived as distant, bureaucratic, and increasingly power-hungry. Nonetheless, in a globalised world, we need the EU. We should first of all explain it to the citizens, debate it and then write the rules in a democratic manner. For this reason, after the umpteenth democratic disaster, we the Europeans should place our money on democracy. And elect (by consultation, the same day, in all countries) an Assembly whose role will be to draft a true constitution. A concise text of no more than fifteen pages that will define the rules of the game. Certainly not the 380 incomprehensible pages that purported to be a Treaty Establishing a Constitution for Europe and which, until Friday 13th (!), circulated in a re-hashed form under the name of the Treaty of Lisbon.

To that treaty, the Irish said no. Perhaps we should thank them. If only this latest inconvenience gave our leaders sufficient courage to take a chance on democracy in the 21st century.