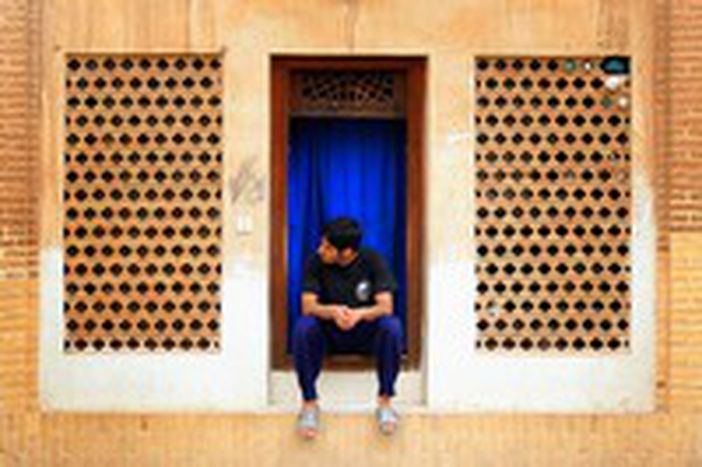 'Their aggressive comments on the dispute over nuclear power are by no means dressed in beautiful words. They give the impression that any 'atomic' discussion is fuelled by stubbornness.'

The hard-line Iranian conservative daily Jomhuri-e Islami's open letter to President Mahmoud Ahmadinejad in January 2007 is in turn an accusation - why unnecessarily provoke the West as a pretext for sanctions? The newspaper claims that the president is trying to distract the public from other issues. It's an explosive attack, illustrating that Jomhuri-e Islami is a mouthpiece for the Supreme Leader Ali Khamenei and not particularly suspicious of the West.

Whilst the West imposes even tighter sanctions to try and make Iran conform to international nuclear rules, resistance to the government within Iran is growing. Opponents to radical Islamism are not only reformers such as former president Mohammad Khatami. As Ahmadinejad’s predecessor (2005), he did much to open up the country. Unrest is also growing amongst conservatives connected with Hashemi Rafsanjani, former presidential candidate and powerful chairman of the Expediency Discernment Council. The group, which is closely associated with the economy, is pushing for reconciliation with the West in order to allow the urgently needed investment. Sanctions are not in their interest.

In April one opposition deputy, Waliollah Shoja Purian, used an open parliamentary debate for a general settlement of accounts with the government. He claimed that the acquired credit from Khatami had been gambled away, for example the stabile economy that Ahmadinejad had inherited upon taking office. Purian asked how it was possible that, despite all resistance from the conservatives, Khatami had managed to achieve a growth of 7.5%. But, that during Ahamdinejad’s term he had not instituted any of the necessary reforms despite the strong majority, inflation was rising, and the domestic market was being ruined by the import of consumer goods.

Iranians are becoming increasingly disappointed with the president. Aside from mass price increases, the poorer Iranians in the cities and countryside feel let down by promises of new jobs and a fairer distribution of oil revenues, as he made upon election in June 2005.

However, if he had tried to fulfil these promises he would have failed if the conservatives resisted - they benefit from the existing corrupt system. Even if the unwillingness of the president to change his mind over the atomic controversy often encounters agreement, Iranians are nevertheless not ready to confront his failures with economic and social policy.

January elections hit his party, the Islamic Society of Engineers, hard. Conservative and reformist parties together won the majority of the votes in many places. Khatami, Rafsanjani and former parliamentary speaker and presidential candidate Mehdi Karrubi temporarily laid aside their differences to unite against the government. More than one hundred delegates participated at a meeting in April, in which all three leaders were invited. Many of them demanded to bring forward the date for presidential elections and amalgamate them with parliamentary elections. They hope not only to shorten Ahamadinejad’s term in office, but also to prevent his re-election.

The brief imprisonment at the beginning of May of the former Iranian nuclear official Hossein Moussavian, who had repeatedly criticised the government’s handling of the atomic programme, shows Ahmadinejad’s increasing nervousness.

Iranian expert Johannes Reissner from the German Institute for International and Security Affairs in Berlin, sees this as an attempt to intimidate other critics. However, whether this succeeds is questionable, as Ahmadinejad is losing significant support from his own camp. The open admonishment of the leader of the revolution as well as the shrinking voter support could put the brakes on his nuclear ambition - more than all the threats of sanctions from the West.