Since Bush declared Iran as being part of the “axis of evil”, dialogue between the “rogue state” and the US hasn’t been on the agenda. Meanwhile, Europe is trying to negotiate with the Islamic Republic of Iran. But what will force the ruling mullahs to change their ways? 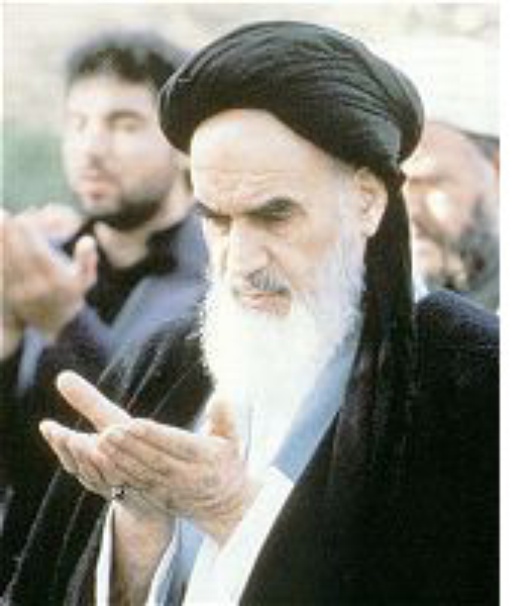 At the beginning of November 2004, the EU High Representative for the Common Foreign and Security Policy, Javier Solana, affirmed that, “we must not break off discussions with the Islamic Republic”. For a year now, the European triumvirate of France, Germany and Great Britain has been striving to keep the dialogue with the Iranian leaders alive. But it seems that Europe has made a lot of effort for little long-term gain. At the end of the last round of negotiations in November/December 2004, Iran did agree to suspend (for a limited period of time) its uranium enrichment programme and to ‘facilitate’ access to all sites that inspectors from the International Atomic Energy Agency (IAEA) might wish to visit. Despite making only these minor concessions to European diplomacy, Iran has not yet been affected by significant trade sanctions.

Furthermore, nobody - apart from the mullahs themselves - knows the truth about Iranian nuclear weapons. And leaders who managed to hide the existence of a nuclear programme for eighteen years should have no trouble continuing to escape the world’s gaze. Since the discovery in 2002 of a testing site in Natanz for the enrichment of uranium and the construction of a nuclear reactor at Arak (in the region of Ispahan, where activities associated with enriching uranium are already going on), the IAEA has denounced the secrecy in which a large part of Iranian nuclear activity is shrouded. Inspectors from the agency have in fact little means of verifying Iranian claims. Tracking the location of Iranian military installations has become very difficult. Following the bombings carried out by Israeli forces on the Iraqi nuclear reactor Osirak in 1991, the Iranians proceeded to scatter their nuclear arms development sites around the country, with some nuclear military installations being transferred underground.

America: no real chance of exerting pressure on Iran

According to American intelligence, Iran will be able to make a nuclear bomb in three years’ time. Taking action is genuinely a matter of urgency, which no doubt explains the Americans’ annoyance at the long and drawn-out negotiations between Europe and Iran. What alternative does the US suggest, though? As the Iranian nuclear chief Hassan Rohani commented wisely last December, even if Iran does feature in Bush’s ‘axis of evil’, “we must not forget that the strictest sanctions on Iran have always been imposed by Democrats”. During his time in office, Bush has never taken concrete action against Iran, despite his tough rhetoric. Does America really have the means to strike fear into the Iranians? At the moment the likelihood of a military attack is slim due to the efforts invested in Iraq, although Condoleezza Rice’s entrance into the field of foreign policy could make the threat of a strike more real. However, it is difficult to envisage the US undertaking a concrete military offensive against Iran, at least in 2005. That leaves the possibility of bringing a dossier on Iranian nuclear capability before the UN Security Council, a threat that Colin Powell frequently invoked during his mandate as Secretary of State and which could end in economic and trade sanctions against Iran. For the time being, Europe’s strategy has prevented the Americans from carrying out this threat, and the mullahs know only too well how to exploit the Europeans as a barrier to American intentions. But even if the dossier were brought before the Security Council, what would the Iranians really have to fear?

Hamid Reza Asefi, spokesperson for the Iranian Ministry of Foreign Affairs, assures us that Iran “would prefer to deal with the question within the framework of the IAEA, but we are not concerned about going before the Security Council of the UN; it wouldn’t be the end of the world”. Perhaps this is because Iran has a powerful ally within the Security Council. China happens to be on the point of sealing a massive gas deal with the Islamic Republic and, while China may listen carefully to Washington and Israel’s concerns, it seems highly unlikely that they would walk away from an unprecedented energy deal by voting against Iran if and when the dossier is examined.

Iran will be trying to develop nuclear technology for as long as the mullahs are in power. The regime’s official press releases regularly reiterate that “nobody can stop our programme” because Iran is “within its rights”. In the absence of concrete enforceable sanctions against the regime, stopping nuclear growth means stopping the mullahs. Instead of everyone on each side trying to solve the nuclear crisis in their own way, perhaps it is time for the European Union and the United States to look for solutions that would help the Iranian people to decide for themselves, under a democratic system, if they want nuclear energy to be developed in their country.