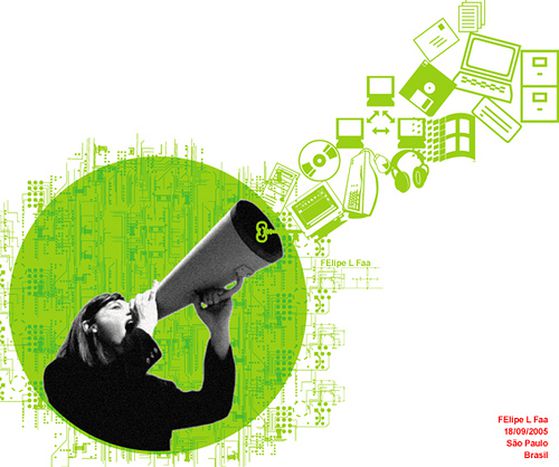 Interview: the success of Greek-Turkish Cypriot Radio May

Founder Hassan Kahvecioglu on a radio created in 2004, as Cyprus joined the EU, to encourage the union of the Turkish Cypriot side with Europe

On 1 May 2004, the Greek side of the island of Cyprus joined the EU, leaving the Turkish side more isolated than ever. For the first time on that same day, Turkish-Cypriot journalists broadcasted a radio programme on the waves of Radio May in both Greek and Turkish. Founder Hassan Kahvecioglu calls it a ‘tribute to Europe’.

Which broadcast brings in the biggest audiences?

Our two hour bilingual programme on Saturdays (also broadcasted on the internet) has its own ‘pro-solutioners’ audience.

How does your audience react if you have special programmes on the occasion of one community’s national day?

We won’t use the words ‘borders’ or ‘customs’

As we want to create a common territory, we also use a ‘common’ vocabulary. What happened on 20 July 1974 is called ‘Happy Peace Operation’ by the Turks and ‘Invasion and Occupation’ by the Greeks. Radio May uses neither of these expressions; both sides had their victims in 1974, it was a lose-lose situation. We try to make people understand the others’ pain and acknowledge their suffering, making them work on their empathy and self-criticism. We have adopted the United Nations terminology: we talk about the Turkish part of Cyprus and the Greek part of Cyprus. We won’t use the words ‘borders’ or ‘customs’ and we don’t oppose ‘occupied area’ with ‘free area’. These words are always subject to quarrel.

Therefore we do not use the official codes, nor do we celebrate the Greek or Turk national commemorations. However, we try to give importance to the cultural and religious days, inviting Muslims and Orthodox to discuss their traditions.

Where do you have your main audience?

We need the support of the Greek Cypriots

Our radio is based in the Turkish part of Cyprus, so our audience is mainly in that part of the island. The bilingual programme is retransmitted on the Greek side by Greek radios though. As the Greek community is in power, the Greeks do not feel the need for changes as much as the Turkish Cypriots do. Moreover, there is also a bit of suspicion, as they believe the Turkish radios are under the control of the authorities. But it is unfortunate because we need the support of the Greek Cypriots.

What links do you have with European or international organisations?

At the beginning we received technical support from a foundation based in Washington who sent experts to help us organise the programmes. They trained us on how to set up a radio. All in all, we receive more help from the UN than the EU and we have a close collaboration with the UN office in the capital Nicosia; but Radio May gives information on both EU and UN activities in the island.

Actually there is already a weekly newspaper in three languages called Dialogue; I am one of the founders. It is a very successful publication, tackling cultural and political topics common to both communities, such as the water issue. I personally come from the print media, but the radio is not only a quick and easy way to reach the people, it is also a link between the two sides: voices crossing with permission.

What is the main disinformation that both Cypriot territories suffer?

Cyprus territories suffer from disinformation, but also wrong information, manipulations, etc. The aim of Radio May is to correct the dirty information in every field, in order to avoid the creation of tensions. But the officials of each community are against this. They would like people to advocate for their own community.

Could you give us an example of a delicate situation that was used that way to create tension and that Radio May was able to sort out?

Recently a gate was closed for three hours by Greek Cypriot soldiers, which is against the agreements that both communities have. UN soldiers informed us that Turkish soldiers had crossed the Greek lines three times during the afternoon, which is quite a provocation. But the Turkish leaders tried to use disinformation to make their point against the Greek community, no matter if this could have led to great confrontations.

Your press, radio and television experiences over the last few decades makes you one of the better-placed witnesses to provide an opinion on the role of the media in Cyprus.

In Cyprus, the main political battle is the media battle. Everyday there is provocative news that creates a negative atmosphere. For a long time, the journalists were the ‘mouth of the power’. In my opinion, journalists and teachers are the two communities responsible for the tension in the island since the thirties. But how do you fight against these two powerful communities?

But there is a dialogue now, people are aware of the other community...

Yes, we have dialogue now, but not enough co-operation. Dialogue has improved and developed, but without a meaning.

Does it at least improve the mutual understanding?

The Turkish Cypriots are still perceived as the ‘others’

The Turkish Cypriots are still perceived as the ‘others’. A few years ago, after the opening of the gate, a businessman for Greek Nicosia invited my wife and I for dinner. Afterwards, the host’s wife started collecting the plates from the table and taking them to the kitchen. My wife naturally offered to help. When they got in the kitchen my wife offered to wash the plates, to which the host’s wife answered: ‘Do you see this machine? It is called a dish-washer, it washes the dishes. We are lucky, we don’t have to clean them ourselves.’ We had replaced our old one just few days before... Last year I told this little story during a presentation in Athens, to show that Turkish Cypriots are not considered as equal partners by the Greeks. By the end of my presentation, a Greek Cypriot and old friend of mine, came to me, hugged me and asked: Was it my wife? I was shocked: did his wife also think that way?