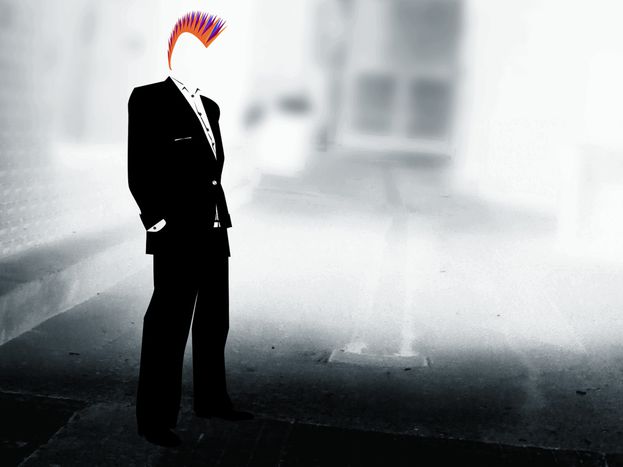 Internet: 'the great anarchist event' no longer ours to 'control'

When Irish telecommunications company Eircom blocked customer access to the Pirate Bay in September, you could almost hear a faint, sardonic chuckle erupt from internet users all over the world. As Britain and France impose their own legislation to cut off internet access for filesharing offenders, the EU parliament and commission hold talks to formalise their positions on 4 November

Eircom’s feeble assertions of communications control over the world’s most popular file-sharing website only highlights the fact that now, more than ever, service providers are no longer in the driving seat when it comes to the web. ‘Waste of time,’ declares one commentator on Irish student directory Studentsmart.ie. ‘Go to x.com and hit the button ‘bypass eircom block’. Moohahahha you’re in. They’re only going to push it underground, there are so many damn ways to share files in reality that they would need to shut the internet to stop it.’ 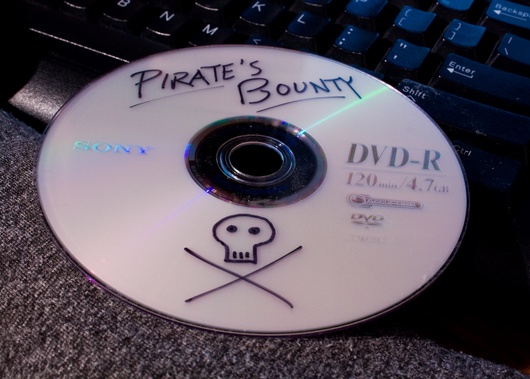 Yet, the resounding sense of anarchy inherent in internet file sharing is not simply about running circles around obdurately cash-hungry corporations. Not only does the culture of free and uninterrupted file-exchange interrogate the hegemony of private property, it has propagated an international community of personal resources wherein money has simply been removed from the equation. For many it has brought home the question of why anyone was content to let media resources exist at the whim of multinational corporations in the first place. As humiliated record and film companies consistently fail to give a convincing argument as to why file-sharing is a bad thing (inventive variations on ‘we won’t get to rip you off anymore’ not really cutting the mustard), a whole generation is now looking on digital material less as something you ‘own’, than something in which you ‘partake’.

‘An unacceptable danger to free society’

While Leo Tolstoy was already preaching against copyright law over a century ago, today anti-copyright lobby groups are spawning at an unprecented rate. The French Association des Audionautes was formed in 2004 to provide legal aid to those accused of copyright infringement. More and more digital publications are making use of the ‘Copyleft’ licensing code, which protects the freedom of the work to be reproduced and copied rather than restricting it. Squatting movements in Berlin, Helsinki and Copenhagen are actively participating in movements such as Pirate Cinema, whilst online organisations like The Free Software Foundation (FSF) aim to liberate all software from the idea of property at all. ‘The corporations behind proprietary software will often spy on your activities and restrict you from sharing with others,’ reads the FSF website. ‘And because our computers control much of our personal information and daily activities, proprietary software represents an unacceptable danger to a free society.’

One could say that the distribution of digital media on the internet has opened something of a Pandora’s box; the efforts of European governments to clamp down on file-sharing have only seen an exponential expansion of the phenomenon. Indeed, according to the Swedish daily Sydsvenskan, the majority of this year’s Swedish candidates for the EU parliament feel that Europe has already gone too far with the issue. ‘The EU laws are founded on a lobbying campaign from Hollywood with blind faith in the total surveillance of the internet,’ green party member Carl Schlyter tells Anglophone newspaper The Local, ‘which is neither possible nor desirable.’

Elsewhere, a tactic of laborious social control is being favoured, in order to keep the ideas of property and the internet from becoming mutually exclusive. 'I do not accept the argument that there should be anarchy on the internet,' pronounced UK culture secretary Ben Bradshaw on 20 October, 'that everyone should be able to access what they like free of charge.' Yet, as internet law specialist Alex Brown explains, spouting such high-blown rhetoric isn’t going to solve the problem any faster: ‘What will stop people is a technical solution,’ he tells The Guardian. ‘But we do not have one.’ On the recent and controversial EU directive IPRED (international property rights enforcement directive), the average file-sharer doesn’t seem particularly phased. One comment on The Local’s website exemplifies the attitude of the fledgling file-sharing community, matching traditional authority with unstoppable innovation. ‘As wrong as this law is, technology is never ending,' it reads, 'and there are many ways around the law...’ William Gibson, the American-Canadian science fiction author and first person to use the term ‘cyberspace’, succinctly predicted this current predicament back in 1984: 'The internet is strange,' he said. 'It doesn't make any money, it is transnational and beyond anyone's control. It is the great anarchist event.’ Eric Schmidt, CEO of google, echoed his words: 'the internet is the first thing that humanity has built that humanity doesn't understand, the largest experiment in anarchy that we have ever had.' Fancy bypassing the Chinese internet firewall? A quick google search should provide all the tools you need.