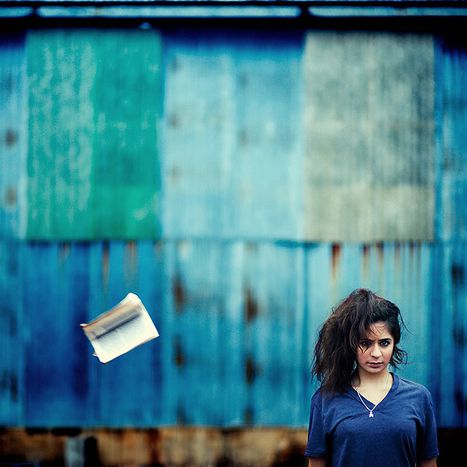 International Women's Day: no way we're reading a book by a woman

Gloria Steinem once declared that while the truth may set you free, 'first it will piss you off.' 8 March marks International Women’s Day, a day on which women around the world (but mostly around Europe and North America) are celebrating the fact that we are now more equal than ever before.

It’s also a perfect day for getting pissed off at how much we have left to accomplish - take literature, for example

Industry estimates suggest that about 60% of anglophone literature is written by women. Yet in 2005, the British Guardian newspaper reported that while women are equally likely to read works by men or women, four out of five men said that the last fiction they read was by a man. Many couldn’t remember the last book they had read by a woman. An informal poll taken yesterday suggests that even among educated, progressive cosmopolitans – including cafebabel.com contributors – these imbalances still endure. Literary prizes tell a similar story: in the last twenty years, men have been awarded 65% of the Pulitzer prize for fiction (US), 70% of the Nobel Literature (Sweden) and Man Booker prizes (Commonwealth of Nations), 80% of the Georg Büchner preis (Germany) and a shocking 85% of the prix Goncourt (France). In the last ten years, only one woman has won the Czech-based Kafka prize, and only three have been awarded the US-originating Neustadt prize. Awards for poetry, drama, non-fiction and journalism show an even sharper masculine bias.

This bias isn’t because women are failing to produce literary masterpieces. It’s partly a result of publishers’ marketing decisions which often consign women’s writing to the bestselling but critically derided 'chick lit' category by giving them chocolate-box covers and critical blurbs that damn them with gender-stereotyped praise ('life-affirming', 'touching', 'bittersweet', 'heartfelt'). It’s partly a result of lingering inequalities in the popular press: most senior writers, editors and other 'taste-makers' are still men. A recent women in journalism (WiJ) report revealed that 74% of journalists on British national newspapers are men, and that eight out of the top ten newspapers have almost twice as many male editors as female editors. It’s also partly the fault of the critical establishment: the US association for women in literary arts VIDA’s results for 2010 show that across the most influential anglophone arts, politics and cultural journals and magazines, women contribute less than a quarter of the critical features and reviews. They are also about 75% less likely to have their own books featured or reviewed than those by male writers.

Despite advances towards equality, literary women still have a long way to go. If women’s writing gets less press, it is less likely to be read, awarded prizes, studied, and thus less likely to become part of the canon of great literature. Ladies, hold off on cracking open that self-congratulatory bottle today. Gents, you might consider branching out a bit in the bookstore.

The author teaches at Oxford University and the Open University, and is the former senior editor of the Oxonian Review of Books