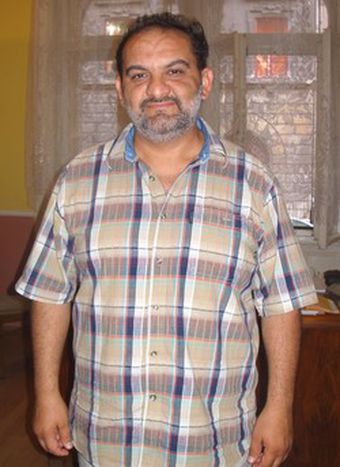 A leading activist denounces ghettos and the media-created ‘exotic trash’ images of Europe's biggest minority of eight million people, who celebrate their day on 8 April

Sitting down to seltzer water in Aladár Horváth’s dimly lit office by the ‘Keleti Pályaudvar’ metro station in Budapest, I have to rely on a professor to translate what the chair of the Roma Civil Rights Foundation and the Gandhi Public Foundation is saying. His fight is demanding and intense, yet his air is tempered with hospitality and humility. The broad-shouldered activist gives detailed, thoughtful answers, making it easy to see why he was once an advisor to prime minister Peter Medgyessy.

In the last days of János Kádár’s communist regime in 1988, Horváth participated in the Lakitelek meeting of reformists and maverick politicians, considered the starting point of changing the communist regime. The Roma successfully fought alongside a group called ‘The Anti-Ghetto Committee’, one of the first civil rights movements in eastern Europe which paved the way for greater minority freedom. In one case, they fought against the building of a ghetto in Miskolc, the third most populous city of Hungary, where the Roma population is one of the highest in the country. At 29 square meters apiece, the plan for 168 flats with no heating or plumbing promised racial segregation to potential residents with no choice but to live there - 20 kilometres away from the city.

Who are you calling gypsy?

'There are many struggles in trying to represent the Roma and their interests,' begins Horváth. ’120, 000 families are denoted as ‘gypsy’ yet these families are of differing cultures.’ The term ‘gypsy’ covers so many people, so how can they achieve unity as a nation? According to Horváth, ‘Roma are stereotyped as ‘poor, lazy and dirty which leads to prejudice and a helpless image.’ 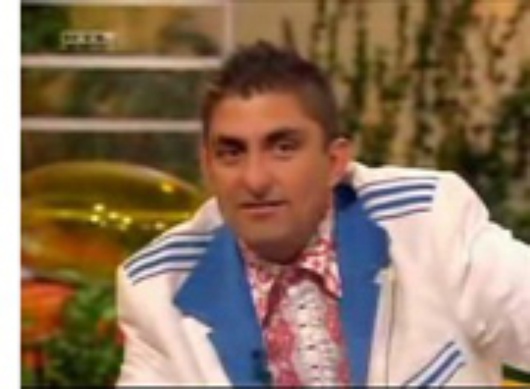 a Hungarian reality television show which depicts the everyday life of a rich gypsy family after the father becomes lead singer of a gypsy pop group called ‘Romantic’. ‘It almost relieves the majority of any kind of responsibility,’ argues Horváth. ‘Fame and financial status such as this are rare for Roma. The TV show implies that if a small portion of this population has money, other Roma can easily get it.’ The ramifications of the show and other media portrayals of gypsies are clear; a person is poor because of a lack of work ethic.' Stereotypes such as this prevent many from becoming employed, and this perpetuates the cycle of poverty for the Roma. It is ignorance and racial tension that are the basic forces behind poverty - contrary to society’s perceptions.

In the reality show, Gyzike and his wife Bea Asszony start divorce proceedings after she was unfaithful to him. Watch her (car-trashing) reaction after he cancels her credit card

Horváth sees the drive to forge a Roma nation as an ‘attempt by non-Roma nationalists.’ This complex ethnic category does not truly represent the people who are branded with it. ‘This is a society that artificially put people together who ended up being forced into a different kind of ethnic segregation,’ he explains ‘Discrimination can act as a racial unification force. That may lead to a showdown between the Roma and non-Roma, with consequences that we cannot even foresee,’ he warns.

Today’s policy is against poverty in the same degree as it is averse to the idea of gypsies. ‘Science is culpable - it has reduced the world to the simple social question of the Roma problem. A citizen easily believes that a gypsy is poor (or if not poor then a delinquent), and whoever is poor is (like) a gypsy.’

Confronted with non-stop racism, even some of the politicians that control the treatment of minorities scoff at the Roma’s presence. Horváth remembers a Transylvanian mayor who retorted that he and his town were happy gypsies were around because this meant that good artisans were close-by, after another mayor stated his pleasure that he didn’t know any in his region.

‘Assimilation and integration are two sides of the same coin named ‘freedom’’, insists Horvath, with a smile that warms his sober face. Desperation has unsightly effects on the unfortunate. ‘These prejudices are basically our handcuffs, the chains that enslave us all.’

Watch the audience clap in a Gyzike concert