Intellectuals as correspondents in fratricide Spain

As the English Hispanist Hugh Thomas claimed, “ as back in the 1850’s was the great time of ambassadors, the 30’s were the golden age of foreign correspondents”. They were years of redefinition of European and worldwide politics.

The French author of ,, pseudonym under which worked Andrés Friedmann,his girlfriend Gerda Taro y Chim Seymour; the British social democrat ; the irreverent Italian ; the American ; y or his wife and pioneer , among others, got together in one of the fratricide wars that set the course for European and world politics: the Spanish Civil War (1936-39).

From the end of July 1936, and for two years and a half, it was usual to find the greatest world reporters to the South of the PyreneesEl Principito Saint-Exupéry; the American photographer Robert CapaGeorge Orwell Indro Montanelli John Dos Passos Ernest Hemingway Martha Gellhorn

The Centre for Andalusian Studies, in collaboration with the and the , chaired by , brings to Sevilla the exhibition “Correspondents in the Spain War”, inaugurated in New York in 2006. A collection of articles and interviews which show how these intellectuals, mostly staying at Florida Hotel, lived and wrote. A job on the edge of events, which would mark the history of journalism. 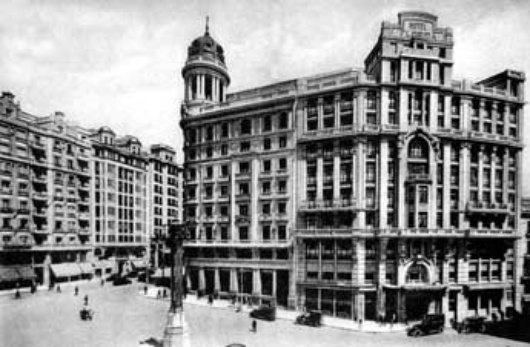 The poor walls of the Florida, on Callao Square in Madrid, were the faithful witness of intimate conversations between Hemingway and his third wife, Martha Gellhorn, of the development of thinking in many of those who wrote on their tables and the many sleepless nights after what their eyes had seen during the day. It was the harsh Spain of passions that was killing itself.

Jay Allen, one of the last to interview José Antonio Primo de Rivera before his execution in 1936, reproduces the following dialogue with Franco in one of his articles published in the on 28 July 1936

AllenIsn’t there any possibility of a truce, or a compromise?

FrancoNo. No, definitely not. We fight for Spain.. They fight against Spain. We are determined to go ahead at any cost

AllenYou will have to kill half of Spain

He turned his head, smiled and looking at me, he firmly said: : “”.

FrancoI said at any cost

The Civil War had started in a remote country to the South of Europe. Stalin’s eyes would be in every step taken by his Soviet spy, Harold Philby, who wrote chronicles in favour of Franco, to win his trust. The ideologies were arm-wrestling for the hegemony over Europe in a ruthlessly crazy Spain.

THE ROLE OF WOMEN

At the exhibition we can also appreciate that not only the men reflected through their cameras and articles the details of the Civil War. Women journalists appeared with the same courage as their male peers. That desire to be present at decisive stages of the conflict would take German photographer life.

Exiled in Paris after the arrival to power of Natzis, due to her Jewish origin and her socialist militancy, Taro would learn the tricks of the trade of photography through Hungarian Andre Friedman, also of Jewish origin, who later would be her partner. Together with him she would create the fictitious character of Robert Capa, a so-called famous photographer from the USA. Through that strategy they intended to get more jobs, and it really worked. Soon after that, a conflict would break out which would mobilize the whole Europe: the Spanish Civil War. The couple didn’t hesitate and moved to Spain, where they worked for French magazines like or . 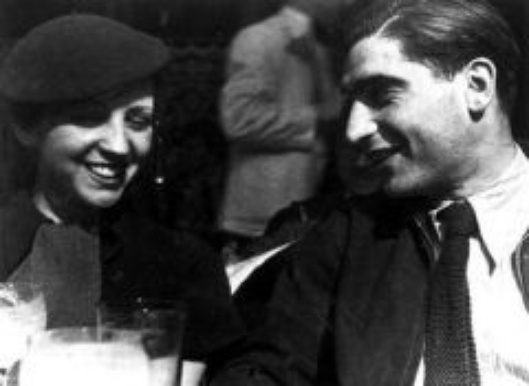 She also carried out interviews by herself, and in one of them she would lose her life a summer day in 1937. After a national bombing over republican positions in the battle of Brunete, the confusion caused a republican tank to crush her, leaving her badly hurt, and she finally died in a hospital of El Escorial. Gerda was only 27 years old. A few days later she would be buried in Paris with all the honours.

It is, no doubt, the most dramatic case, but she wasn’t the only woman who ventured in the, at that time, dangerous Spanish land. The American Marta Gellhorn, also connected to another man of internacional entity like Ernest Hemingway when she became his third wife, was a correspondent for Collier’s magazine during the conflict. She would also continue her work during World War II. In 1969, Hemingway would abandon her and join his fourth wife, the correspondent of magazine , Mary Welsh. Despite the dangers her life went through, she wouldn’t die until ten years ago, when she was 89 years old and, the same as her ex-husband, she put an end to her life voluntarily. Sick with cancer, a pill did to her what hundreds of bombings couldn’t.

The entrusted the journalist Virginia Cowles with the chronicles from the republican side. She perceived from there the worry caused by the air raids. “”

New York TimesThe people’s state of mind has weakened under the atrocious destruction coming from heaven..

From Northern Europe arrived Barbro Alving, Swedish journalist who in 1936 moved to Spain to report on the war. Her newspaper, the , financed her activity as a journalist in Spain, but declined responsibilities for the mission risks. Her chronicles from the front gave her international recognition. Later, she would cover relevant events like the interview between Hitler and Mussolini, the war in Finland and the devastation caused by the bomb thrown over Hiroshima.

In those days the war was mainly “men stuff ” but, these women left their countries to try and prevent the rule which says “in the war the first victim is the truth” from becoming true. Her chronicles travelled around a convulsed world in which the boundary between information and propaganda, was just a diffuse line. Journalism is indebted to them.

In the first photograph Mijail Koltsov, de ‘Pravda’, with photographer Roman Karmen in a trench. In the second, the Florida hotel.. In the last one, Gerda Taro and Robert Capa.