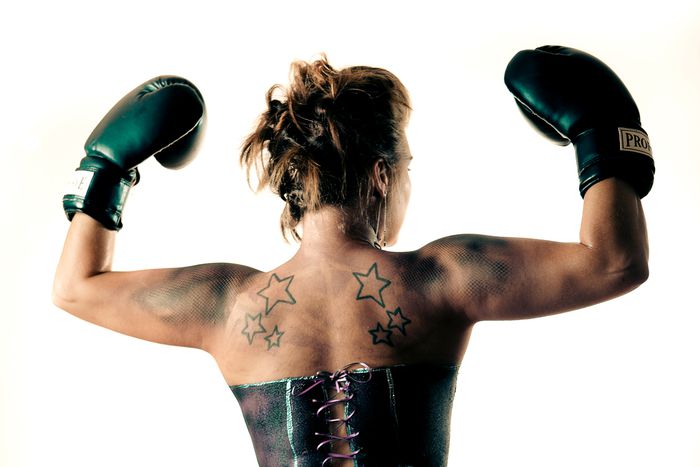 Inside a feminist Thai boxing class in Berlin

Historically, women’s boxing was recognised for the first time at the 2012 London Olympic games. In one of the most queer and women-friendly capitals of Europe, the Lowkick association offers sex-segregated combat sport and self-defence classes for transgender women, though mainly cis-gender women attend. Defined as a 'feminist' project, we explore further

The session has started a mere fifteen minutes ago and the fighters are already covered in sweat, the windows behind them steaming up. It’s a Friday night in southern Berlin at one of Ruth’s classes, which has eight participants this evening. The students have been practising Muay Thai or Thai boxing for at least two years at this feminist club in the neighbourhood of Neukölln. ‘In mixed-sex clubs I often felt that I had to prove myself,’ explains Caro, a short-haired woman in pink shorts with a tattooed neck. Nicole, a veteran in martial arts classes, agrees: ‘Either you are hit because you are a girl and thus you are weak, or you hit too hard for a girl, and thus men have to prove they are better.’ 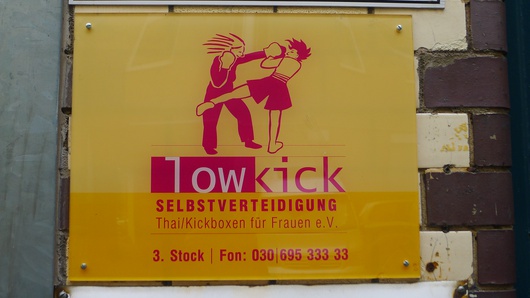 Lowkick was created in 2009 by Claudia Inken and two of her former students, the aforementioned Ruth and Gisa. The association provides a sex-segregated space for women to practise kickboxing as well as self-defence and Thai boxing. Today, there are 250 members on the registers. The feminist adventure is not only limited to being ‘feminine’. ‘Many people would find a feminist club the only place where you don’t have to think about your gender; power games are not welcome here,’ says Ruth with a frank look and wide smile.

The students sit in a circle as they do before every course and introduce themselves, as well as explaining how they are feeling physically and emotionally. One has an injury to her foot, whilst another would like to be careful with her shoulder tonight. ‘It’s one way of emphasising that these are all individuals with their own stories who come here,’ explains Ruth. ‘This is a unique milieu with military origins and a strong sense of respect to the master.’ Lowkick provides an alternative approach to the sport, although it is not fixed. Those who find the prices for the classes too high – they usually go for between 25 to 50 euros – can also talk to the team members to find a solution.

'These are all individuals with their own stories who come here'

A bit of running, a few push-ups, and the warm-ups in teams of two begin. The hall is flooded with colours, with neon lights and the yellow floor covered with sports mats, as night falls outside. Hands are protected with bandages and the boxers repeat the same movement. A head waits for its adversary to the right and responds by striking out to the left. The gesture must become mechanical. A beep goes off from a small black box which Ruth has laid out next to the music player, signalling the duration of each exercise and the rhythm of the movement. Ruth laughs when I ask if Thai boxing is more feminist than other martial arts. ‘It’s all down to personal taste,’ she says. ‘We use our bodies, our legs too, whereas it’s all about the upper body in boxing. In kickboxing we don’t use the knees or the elbows.’

Caro takes her nose piercings out and pops her protective gums in. Warm-ups are over, and it’s time to put the knee- and leg-protecters and gloves on. The girls start to emit noises - Tss, Tss - as they send their elbows flying towards each other’s heads. Neko first came here to learn about self defence. Pauline wanted to try out kickboxing. Both now visit to practise Thai boxing, and also because they enjoy the atmosphere. ‘You develop all these mental reflexes and become more confident,’ agree Caro and Maria. 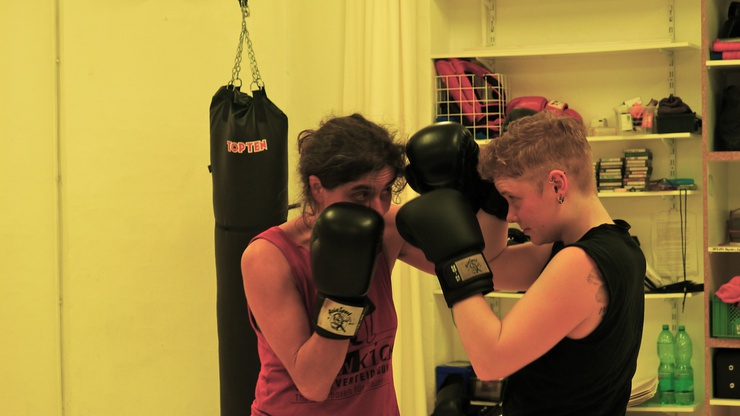 It sounds like empowerment, a term decrypted by Celine Jayrome Robinet in his blog I Am A Queer Berliner ('Ich bin ein Berliner queer'): 'Empowerment implicates the conscience of where you want to go; for example, to feel safe. The switch that you need to reach for, and the legitimacy which you feel in using these levers. Often a third element is missing; self-defence allows you to work on that with a psychological dimension.’ Lowkick is not holding any self-defence classes tonight. ‘If you find yourself being threatened with an armed person in the street, it’s better to react with a self-defence mechanism which would get you out of the ring in any kind of match,' says Ruth. 'Thai boxing, kick-boxing and boxing are all about respecting very precise rules.’ 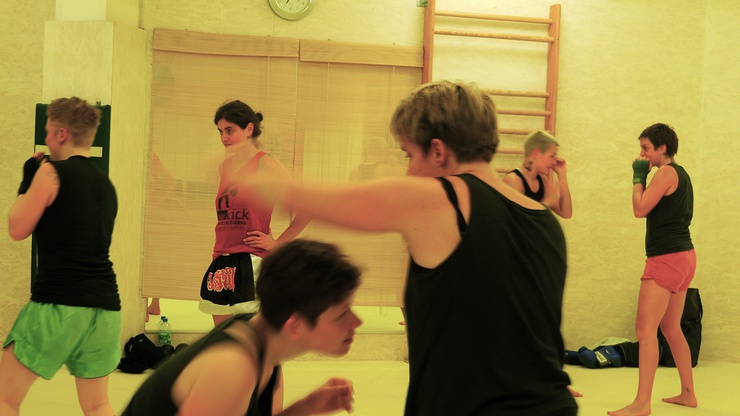 Tss! Tss! The course is winding up. The last exercise for the day is free combat and body disciplines, grabbing an adversary’s head in between your arms and striking their stomach with your knee. Ruth’s soundtrack for the night is a CD from a German ska-reggae group, Irie Révoltés. Knees hit stomach to the rhythms of lyrics such as ‘Oh - the revolt are back again, we have to continue our resistance/ Oh - the revolts are back again, the music and the movement run through our veins.’

Read '‘Million Dollar Baby’ Istanbul - no hurdle to being a woman in sport' on cafebabel.com

It’s nearly half past eight in the evening, class is over, and bikes are mounted through the autumny Berlin in the direction of Weserstrasse, a trendy street in the same neighbourhood of Neukölln. Tonight’s students were all attending the weekly cis-gender class, for ‘people who accept the feminine identity they were born with’, as Lowkick describe it, and thus which comprises transgender women too. On the club's website, the invitation is called: 'training for WomenLesbiansTrans and Transgender people and their girlfriends'. Over a beer, the boxers explain that Lowkick does not really have a good reputation for how it treats transgender people, but Caro says their inclusion will come with time. ‘It’s the same thing at Seitenwechsel,’ she adds, referring to an old-school sports club for 'women/lesbians/trans* and girls' in Berlin. ‘The only thing that Lowkick is missing is an open forum for discussion.’ They are glad that there is a woman-only space at the association, although they do feel it could be even more open to different gender identities.

In partnership with the Paris-based Franco-German office for journalists (Ofaj), this article is a part of Orient Express Tripled, cafebabel.com’s ‘return journey’ series of articles with journalists resident in the Balkans, Turkey, France and Germany; read more on the official blog here. Many thanks to cafebabel Berlin 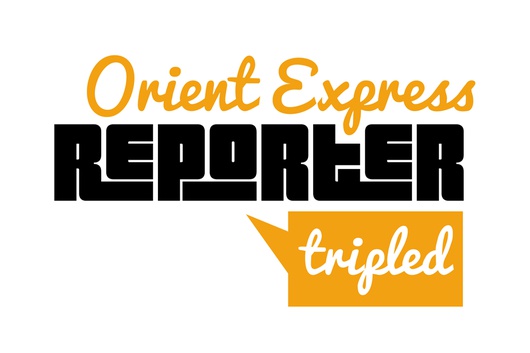