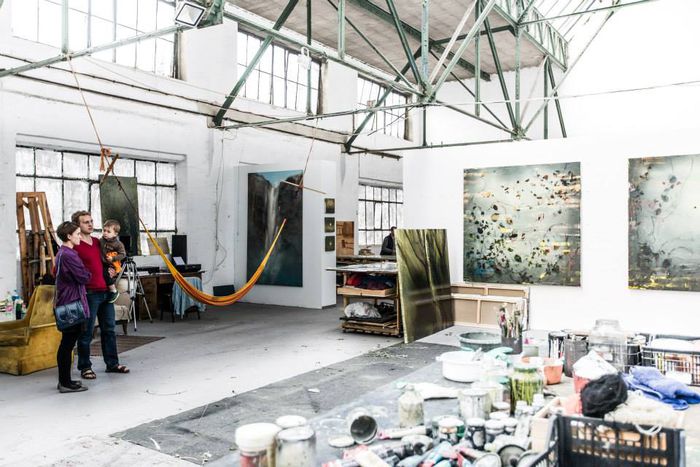 Incubators of Art and Culture in Budapest: Unity is Strength

The life of an artist and of creating today is very difficult, but in Budapest, it all has a different taste. Here, you are taken on a journey into the underground world of art and culture incubators. Juranyi, Muszi, Budapest Art Factory, Paloma are different places, all sparkling with a single notion: that unity is strength.

If you type the word Budapest into Google News, the results that would show up would inevitably allude to the political and social life of the Magyar country: the 'decisive' turn made by Viktor Orban’s nationalist government through the Constitutional reforms; the success of the far-right party Jobbik; the intensification of social tensions and trends of intolerance towards minorities in a country at a historic crossroads between ethnicities and cultures. Yet, at the point where the Danube divides Buda and Pest, it is not only politics that is being determined. A short stay here is able to alter the initial perspective of every young reporter chasing a story with his or her wealth of academic knowledge and (many) prejudices. Budapest is a cultural and artistic capital.

Walking through the elegant boulevards that breathe life into its Central European imperial grandeur, while listening to Franz Liszt or simply 'Budapest' by George Ezra, the feeling is that of being in front of a meeting point, a cultural and ethnic melting pot, a place capable of re-adapting the spaces and concepts of art to fit into a rapid modernity and an economic crisis that stings even on the Danube. To bring together the tools, ideas and artists, this is the answer in a world that often struggles to find its identity in modern society. The Budapest Art Factory, the Juranyi, the Muszi, Paloma, or even the Art Quarter and one of the first independent art centers such as the Trafò House of Contemporary Arts are very different places, but with a common denominator: they are incubators of art and culture. A few days are not enough to visit them all and talk to the artists, but you can sense their common motto: unity is strength.

A free and independent house of visual arts 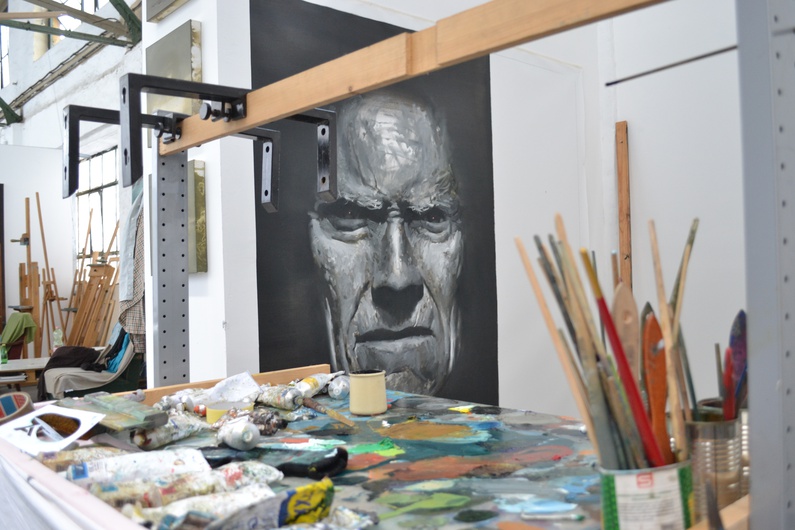 It is a very hot morning in June, a prelude to a stifling continental summer. We find ourselves in a complex of industrial buildings of the thirteenth district on the Pest side. Here there are many activities, but among the industrial buildings and warehouse goods there is a place where you witness something other than an assembly line, an island where visual arts take shape according to the laws of creative freedom. The Budapest Art Factory is the permanent base of four Hungarian artists. Sandor Zsasz and Marta Kuksora welcome me into the building and guide me into what is at the same time an open studio, an exhibition space and simply a large house of contemporary art.

Marta, who finds inspiration in nature through evocative abstract images, tells of the birth of the factory, founded in 2006 by American Dianne C. Brown and underlines its independence: "we are funded by individual contributors, private foundations and ourselves." Despite the recent request to the Ministry of Culture for funds, Sandor also emphasises the freedom from political or institutional influence. "We decided to focus our attention mainly on international artists," says Marta. The Residency Programme welcomes the fact that foreign guests have access to a studio where they can channel all their inspiration and they can even live there.

Our conversation touches not only on painting techniques and activities of the factory, but ranges from society to politics. If Hungarian society is divided by social tensions, conflicts between the world of culture and political power, it serves to recall such resounding cases such as that of the former director Istvan Marta (interviewed by Cafébabel) or Ivan Fisher; Sandor (and he is not the only one) refuses to see them as part of a typical Hungarian trend, while emphasising how political conflicts are inevitable in the world of culture. A native of Transylvania, he recounts history and social conflicts in his work, with all the accompanying dramatic tension, trying to illustrate "emotions and memories" associated with his homeland and the past.

The performing arts incubator of Buda 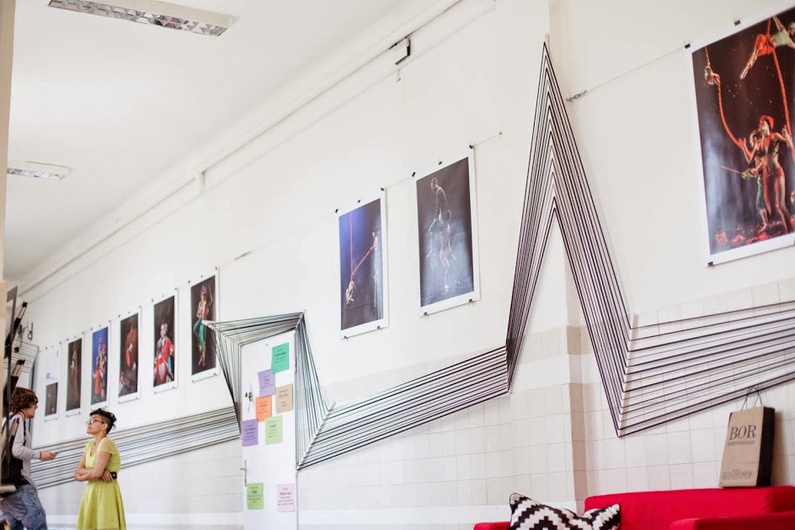 We move across the river to Buda. Here, we are greeted by Danko, our Cicero of the Juranyi Art Incubator. In 2011, FUGE, an NGO, created the project that “helps independent artists with all administrative tasks.” A beautiful story that began in October 2012 and gradually grew by nurturing local artists. We venture through the labyrinthine corridors of the giant structure (6,500 square metres). At the top floor, the bright windows open onto a panoramic view that reveals the majesty of an imperial capital: on the one side, the old Buda Castle and on the other, the Danube with the giant Hungarian Parliament Building, that theatre of important and tragic incidents from the pages of European history.

Inside are all kinds of art installations, sets and even kitchens. On the floor, several colored lines indicate the path to reach various components that have found a home at Juranyi: dance and theatre companies, set designers, costume designers, painters, sculptors and photographers who can work in complete independence and synergy. The building even has its own space for art exhibitions and performances. 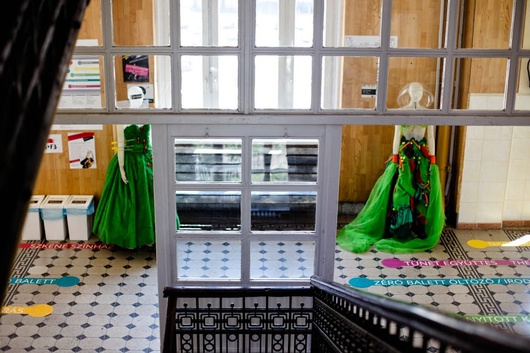 The FUGE, "an umbrella association", promotes local talent and has embraced a growing number of artists and companies. An exponential growth that would require an increase in funding, which, however, has not yet arrived. And here, an ambivalent relationship with the institutions is revealed: one extremely positive with the district and the municipality of Budapest, one more tense with the Ministry of Culture that would have denied additional funds. "There is a gap in our budget," admits Danko, while he explains the administrative difficulties of individual artists or collectives in finding the funding to go ahead and be independent.

The Paloma, however, emerges "out of nowhere" along the central Lajos Kossuth Avenue in an old shopping centre. Here, local artists have also found a home, in particular designers with their laboratories in what is presented as the union of a concept store, a space for events and an art gallery. Zsuzsi Kárpáti, founder and manager, explains how an independent project was born from the Hungarian Ministry but is not yet available to provide financial support to this kind of initiatives, while she confirms the tense climate that exists in this period between the government and the cultural world. Finding the funds has not been easy, but now the internal courtyards — that remained empty for about 15 years — host laboratories of pure creativity, art galleries and small shops.

MusZi, the house of young artists

On our journey into the underground art world, we could not ignore the Művelődési Szint or just plain Muszi. The house of young independent artists is located in the heart of the city within walking distance of Rákóczi út, a major artery that runs through the heart of Pest from the West to East between the 7th and 8th district. Only young people come out of the small door that seems blurred among fast food sellers. Once you reach the third floor, the building opens up to the patrons of a small bar and a stage surrounded by an eclectic décor reminiscent of the ruinpubs that made the underground scene of the city so famous. In this very large area (2800 square meters) are twenty art workshops, spaces reserved for the performing arts, and others for co-working and a greenhouse. Here we meet Lilla, a young amateur artist who inaugurated an exhibition, a mixture of poetry and visual art, with a friend. "It's not easy being an artist in Budapest, you have to have good contacts, especially true for amateurs," says the young woman, while she explains the difficulties that exist for those taking their first steps into the field. Both come from small towns in the Hungarian countryside and are enthusiastic about the Muszi, "a fantastic idea that connects people to art and offers the opportunity to independent artists to do what they want." And Budapest seems to have found its formula: unity is strength, or, as Dumas’ Musketeers said: "All for one and one for all". 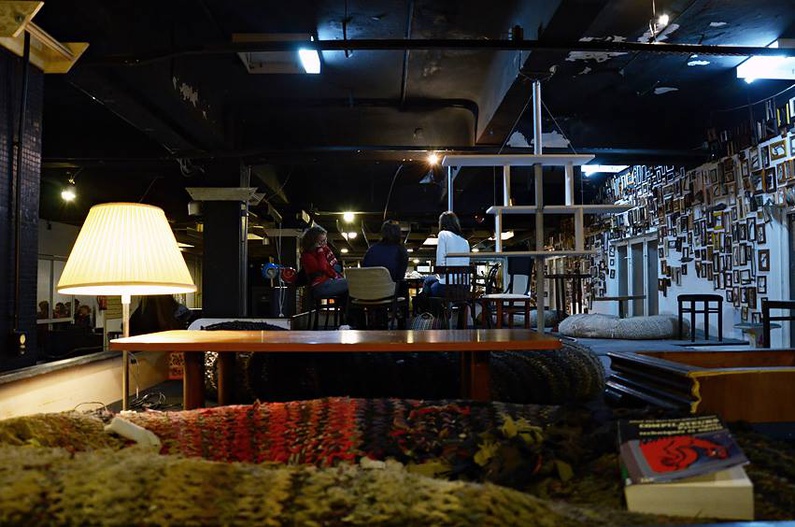 THIS AR­TICLE IS PART OF A SPECIAL ISSUE DEDICATED TO BU­DA­PEST AND IS PART OF THE EU IN MO­TION PROJECT INITIATED BY CA­FÉ­BA­BEL WITH THE SUPPORT OF THE EUROPEAN PARLIAMENT AND THE HIP­PO­CRÈNE FOUNDATION.