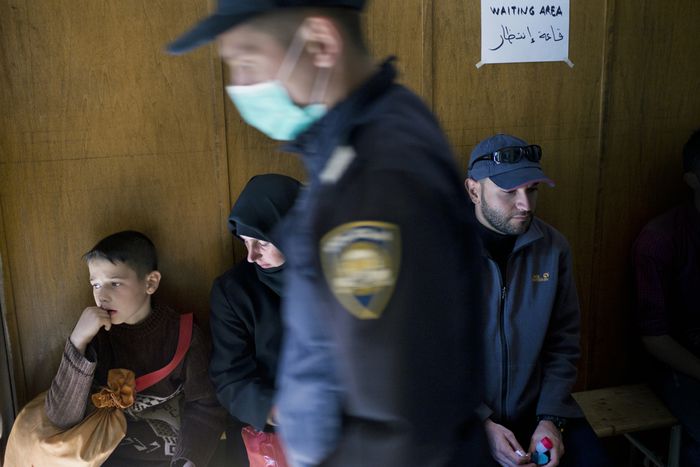 In the aftermath of Paris, don't ever say that you hate

Dividing society into "us" (the citizens of the west), and "them" (Arabs and Muslims), won't solve any issues – it will only further divide people. Certainly, the terrorists' aim is to rupture European society even more. Last Friday's attacks are now being connected to the refugee crisis, there are even suggestions that immigrants arriving in Europe are potential terrorists.

During the terrorist attacks in Paris on Friday the 13th, a minimum of 129 people were killed and 352 were injured, 99 critically. French president François Hollande declared a rare state of emergency and 3 days of national mourning. Since Friday the whole world has been sending their condolences and uniting in solidarity with France, for its pain and its fight against the perpetrators of these events – without precedent in the contemporary history of the nation.

The night of the attacks was also particular because of how clearly it showed us that we couldn't separate ourselves from the outside world. No nation is an island, standing alone, and a war that takes place thousands of kilometres away still concerns us all, whether we want it to or not.

Dividing society into "us" (the citizens of west), and "them" (Arabs and Muslims), won't solve any issues, it will only further divide people. It will build a brick wall, facilitating the radicalisation of the persecuted. Certainly, the terrorists' aim is to rupture European society even more. Last Friday's attacks are now being connected to the refugee crisis, there are even suggestions that immigrants arriving in Europe could be potential, or actual, terrorists.

Those assassins, members of the terrorist group ISIS (an organisation not supported by any of the Arabic or Muslim states), are warriors that use religion as a cover to kill and grasp for power. Jihad – the holy war that they're fighting – has as much to do with the faith of the common European Muslim, as the Crusades have to do with modern Christianity.

Since Friday, French media has been warning society to neither blame these horrific incidents on their fellow Muslim citizens, or the immigrants that seek asylum in Europe. We cannot rule out the possibility that some of those migrants may be in touch with terrorists. However, at the same time we cannot forget that Frenchmen carried out the attacks that took place in January, and more than one of the assassins taking part in Friday’s attacks was also French.

The whole situation is very complicated and mindless simplification of it all won’t help in understanding it. The desire for revenge, to identify the terrorists, and to generally feel bad emotions is just natural. The source of these feelings is fear, and that’s exactly what ISIS wants. On Friday evening they attacked the heart of the capital, the most lively and social area of the city.

Immigrants are fleeing a country that’s been going through multiple daily attacks for the past couple of years. They may well be mostly young men, migrating to pave the way for women and children to follow, but they are also whole families and older people. Friday’s attack on the French capital is just a hint of what Syrians and Iraqis go through in their own countries. They risk everything to get to the West: their health, human dignity, their lives and the lives of their children. They seek a land of their dreams, where the majority of them just desire to live a normal life, and work.

Let’s not punish the victims for the faults of their persecutors. Xenophobia and racism stem from fear. In the case of countries like Poland, this manifests in an extremely uniform manner in terms of ethnicity and religion. It originates from a fear of the unknown. Here in Paris, in the centre of the events, you do not hear these voices of hatred, fear or xenophobia, but words of courage and gestures of encouragement. Furthermore, there is the desire to unite and express solidarity with the victims of the attacks.

Liberty, equality and liberalism, commonly known in Poland as “multikulti” (multiculturalism policy), the essence and the heart of French society, is being scoffed at by many Polish politicians. This societ, without its diversity, wouldn’t have such a rich culture and would never have developed its ideas surrounding contemporary art and philosophy. Unity of citizens, regardless of their skin colour, religion or sexual orientation, lies in the nation’s very definition. On a day such as this it is more visible than ever.

In Imperium, Ryszard Kapuściński wrote a passage that today is being used by many on social media, about three plagues that threaten our world. Firstly, the plague of nationalism. Secondly, of racism. Thirdly, the plague of religious fundamentalism. Their common denominator is an aggressive, all-powerful, total irrationality: “Anyone stricken with one of these plagues is beyond reason.  In his head burns a sacred pyre that awaits only its sacrificial victims… A mind touched by such a contagion is a closed mind, one-dimensional, monothematic, spinning round one subject only – its enemy. Thinking about our enemy sustains us, allows us to exist.  That is why the enemy is always present, is always with us.”

To these three plagues I’d also add one more – the plague of ignorance. It is terrifying how Poles, citizens of a country that is neither directly threatened by the influx of immigrants from Syria, Iraq, Afghanistan or Eritrea, or by potential terrorist attacks, can easily submit to the power of violence and aversion to the "other". This also applies to some Poles that are well educated and quite moderate. It is terrifying that even the speeches of some politicians savagely use the example of assassins to help reach their goals and increase their own popularity.

Nevertheless, let’s take an example from those affected by the tragedy facing French citizens, and let’s not allow our hearts and minds to fill with fear and hatred that will later on affect our thoughts, words and behaviour. Before expressing your simplified, hurtful and racist opinions (which nowadays the Polish internet is full of, as well as some of the media); think, read and consider first. By subjecting yourself to panic and xenophobia you are unconsciously becoming a weapon in the hands of terrorists. This is exactly what they want – to conquer Europe and the western world by fostering pervasive hatred, horror and chaos. Rather than that, we should behave accordingly, in line with the words that today are displayed all over Paris: Do not be afraid. Respond to terror by celebrating friendship and the joy of life, because loving your countrymen is not, and should not, be expressed through the hatred of others.