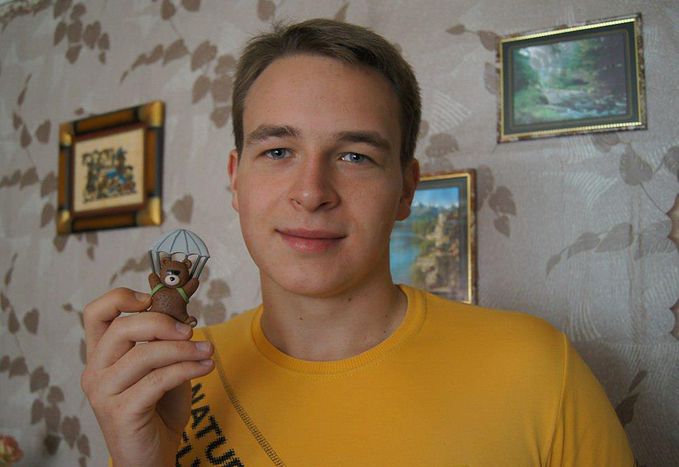 In Belarus, Lukashenko and Lenin eat journalists for breakfast

As if getting hold of sources, sniffing out lies and earning a pittance didn’t make a journalist’s profession hard enough in Belarus already, imagine also having to give the KGB the slip or going from one court trial to the next in order to carry out your job. For the reporters living in a post-soviet dictatorship that’s all in a day’s work

The USSR was a war on spontaneity: communism was far too sensitive to allow anyone to sneeze without state permission. In 2012, its creator, Lenin – who stopped listening to Beethoven for fear of becoming soft (he just loved it too much) – still occupies the pedestals in Belarus. It’s not just the man himself; the huge bureaucracy that he established is still very much alive, albeit somewhat diluted by capitalism and a touch of modernity (such as an almost unrestricted internet access and the ability to travel).

Nowadays, instead of the Party, people refer to the Vertical: the tight-fisted national hierarchy, headed by Aleksander Lukashenko. As former presidential candidate Aleksander Milinkievich explains to me, 'Lukashenko runs Belarus with a nineteenth century mindset. If you’re loyal to him, you get a job. If you’re not, you don’t.' Naturally this obsession with power, ramified by a state that controls 70% of the economy, severely affects the media in particular, with Belarus at the bottom of all the world rankings for freedom of information (Freedom House, RFS and CPJ, among others). 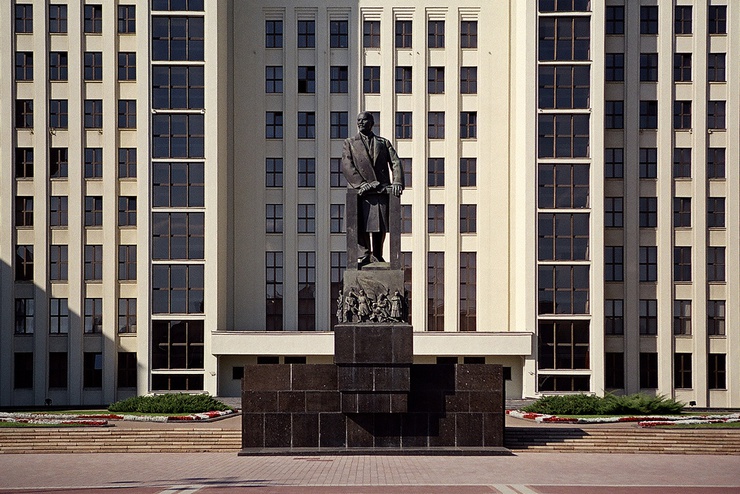 There are three types of media in Belarus: the official media (the overwhelming majority both in number and circulation, as well as having a monopoly on television); the independent media (basically the newspapers Nasha Niva and Naródnaya Volya); and the foreign media, such as the TV channel BelSat or Radio Raciya, which broadcast from Poland. The independent media constantly have to overcome bureaucratic obstacles and have little access to direct sources. If you work for the foreign media, be prepared for the worst: arrests, searches and trials for libel or vandalism. A special mention should go to those attempting to report in the provinces of Belarus, where political pressure is a piece of cake.

Belarusian journalists are living in the palm of a hand that could become a fist within a matter of seconds. Even those who earn their crust in the official media (and are better paid) hang by a thread. G., a 25-year-old cultural journalist, knows this only too well. 'I was putting together an article on a professor who had been fired for unclear reasons,' he explains. 'Her students collected signatures asking for her to be rehired. I interviewed everyone involved, and as I sat down to write it up, the vice-chancellor of the university rang my boss, the editor of Zvyazda (a state-owned cultural newspaper published in the Belarusian language) and said: 'You cannot publish that article!' My boss stood firm: he had been running the newspaper for thirty years, he was a good man, he actually let us get on with our work.' We’re sitting on a park bench surrounded by huge concrete buildings. Behind G. is a doorway with streams of police coming out of it. We move to another bench. G. carries on with his story: the vice-chancellor's next step was to go straight to the government to complain. The ‘Vertical’ fired G.

'Sometimes my boss would tell me off over the phone because he knew it was bugged. I understood; I knew what country we lived in'

'My boss called me into his office; he didn’t say it out loud, but I could see in his eyes that he was sorry,' he continues. 'I knew there were hidden microphones in his office.' Mikes? 'Yes. Sometimes, for example, he’d tell me off over the phone because he knew it was bugged. In practice, he never hassled us or censored our articles: if he wanted to change something, he’d always ask us first. But sometimes he had to say things for the mikes. Afterwards he came to see me in private. I told him that it was fine and that I understood; I knew what country we lived in. Not long after that he was fired too. The new editor is a soldier, and a crazy one at that.' When he says ‘soldier’, G. hits his shoulder twice, as though hitting some invisible stripes. He makes the same gesture when he talks about the spy they had in their office: a guy who wrote one article a year.

In a nation where the outlook is so bleak, a ray of hope shines cautiously in the form of the Belarusian association of journalists (BAJ), a legal organisation dedicated to promoting free and fair journalism through seminars and reports. Its president, Zhana Litvina, explains her strategy from their small office in the centre of town. 'It’s very important for us to be registered, because that way we have an open channel to talk to the government. The BAJ is diplomatic and flexible; we even launched a project with members of the Belarusian union of journalists (BUJ, its official nemesis) and Swedish journalists to discuss professional ethics.' Zhana and her colleagues seek to improve the standards of journalism in a country unaccustomed to freedom: they collaborate with foreign professionals, visit the institute of journalism (which in her words is 'well equipped but linked to the establishment') or get in touch with young professors (sometimes in secret). 'The 2010 presidential elections were the most tense time for us,' explains Zhana. 'Even during the campaign stages, the ministry of justice complained about us giving legal aid to journalists. They wanted to stop us from helping people who might be repressed during and after the elections, which of course happened a lot. Seven of our members were taken to court.' 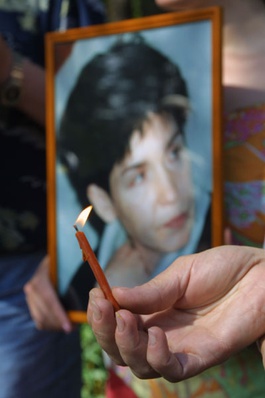 Under the portraits of cameraman Dzmitry Zavadski(who disappeared in 2000) and journalist Veronika Cherkasova (who was murdered in 2004), the atmosphere in the BAJ’s modest office feels similar to the feeling of watching a bomb disposal expert cutting cables, covered in nervous sweat. Right now the office is campaigning for Anton Suryapin, a 20-year-old student who spent a month in the KGB underground prison for uploading some subversive photos - of a 'teddy bear air invasion' criticising the regime - onto his website. He is now awaiting trial. Another challenge the association faces are the recent parliamentary elections, which were accompanied by the traditional onslaught on free will.

What does the future hold for Belarus? Lukashenko has always based his power on two things: the social contract – subsidised by Russia – and the siloviki, the Belarusian security services. Since the severe economic crisis of 2011, he has been left with just the siloviki, and that stinks of uncertainty. As Aleksander Milinkievich points out, 'He knows that the state can no longer sustain the economy, but privatisation would undermine its influence. Private companies are harder to control ... and no dictatorship becomes a democracy.' Take Lenin, for example: it was only when he was brought down from the pedestals that freedom came to eastern Europe. Belarus is still waiting for that moment to come.

This article came about with the support of the Lithuanian ministry of foreign affairs, in the framework of the ‘Made in Belarus’ project