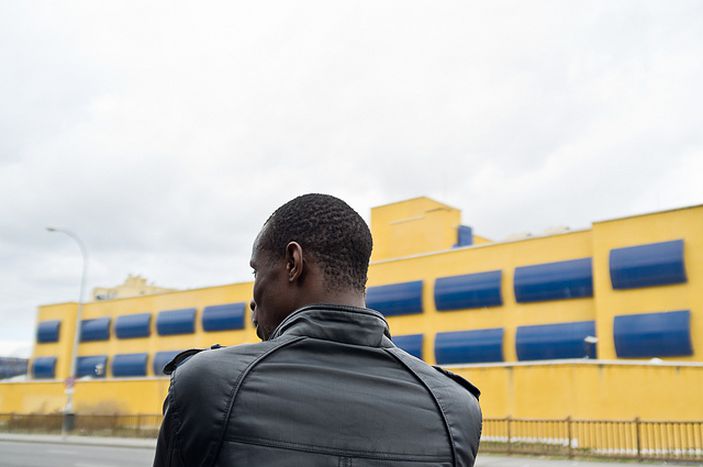 Immigration detention centres in France: move along, we're locking you up! (2/3)

As new asylum legislation is being prepared for presentation at the French National Assembly, cafébabel presents the realities of a key element of migratory policies: immigration detention centres.

Deprived of liberty and rights

The NGOs Migreurop and European Alternatives indicate that these detainees are deprived of liberty, despite not having committed any crime: “They have migrated in accordance with the fundamental right of every citizen of the world, namely 'to leave the country where one finds oneself, including one’s own,' a right protected by article 13 of the Universal Declaration of Human Rights.”

In certain detention cases at the Administrative Retention Center (C.R.A), the law grants the right to an attorney, an association, a doctor, and a telephone to prepare one’s file. The reality, however, is anything but. Once confined, these people aren’t just deprived of their freedom of movement, but also of their private and family lives, judicial counsel, health care and, above all, judicial supervision over their imprisonment and deportation.

For example, the police will sometimes arbitrarily attribute a nationality to detainees. Sub-Saharan African migrants without passports are presented to Guinean, Malian or Senegalese embassies, which issue transit passes without proof of nationality. 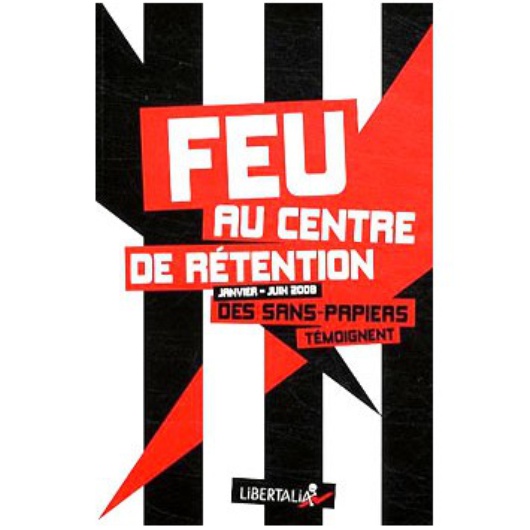 The air is cold and there is no heating. The police sound alarms every night between midnight and 1 am to prevent detainees from sleeping. The food is expired and, when there isn’t enough space, the new arrivals must sleep on the ground. Activists collected this information through phone calls with C.R.A detainees in Vincennes, France in 2008. They were published in the book Feu au centre de rétention and on Migreurop’s website. We have reproduced certain testimonies below. Police violence, lack of access to care, hunger strikes and suicide attempts mark the lives of prisoners who choose to remain anonymous.

“A detainee told the cook he only ate hallal. The cook insulted him. He threw his plate at her. He couldn’t reach her because there were bars between them. The cook told the police he had spit on her, 20 police officers beat him out of sight of the surveillance cameras. He was one meter 50 tall! They messed up his face. They also tried to break his wrist. After, they put him in isolation for an hour, in very tight handcuffs. He came out with swollen wrists.”

“The man who died yesterday in the centre was not a cardiac patient. Before returning to the centre, he had already been taking medication every day and he had a prescription. He had psychiatric complaints; he said that he wanted to go to a psychiatric hospital. He asked for medication and they didn’t want to give it to him. The nurse didn’t give him his dose, so he asked other detainees to go to the hospital to ask for his dose. If the doctor had given him his dose, he would still be with us today.

The evening of the day he died, he was shivering a lot, he didn’t know why, he felt sick. A short time before dying, he decided to take a nap and asked his Russian friend to wake him up so he could go to the hospital, which opened at 3 p.m. (…) [When] they tried to wake him up, he turned his head toward them, he had blood on his nose and mouth, he was bluish turquoise. He was all hard, stiff and cold.” 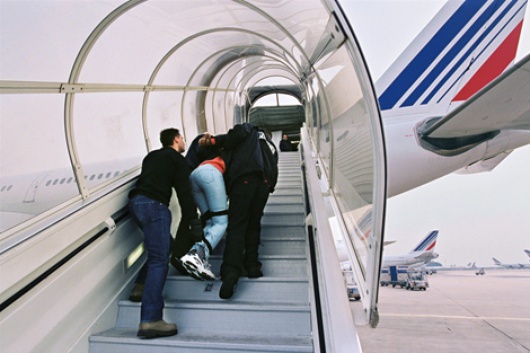 April 14, 2008 “Since I have been here, four or five guys have tried to commit suicide in order to avoid expulsion. Some hang themselves, others swallow razor blades. Those who refuse to board the plane are taken to the centre to be expelled later. If I am expelled, I will accept it. When it’s the second time they try to expel you, they scotch tape you like an animal, and I truly do not want to leave taped like an animal.”

According to the five associations committed to the defense of foreigners’ rights present in detention centres [1], detained people have less and less access to a judge, the guarantor of liberty and their rights. In mainland France, 54% of detainees are expelled “without the judge being able to monitor respect for their rights by the police and the administration.” 99% are held in overseas territories. However, 27% of detainees who were able to make a case before a magistrate were set free. For the associations, this number “demonstrates the illegality of a large part of the procedures.”

This article is the second in a series of three articles dedicated to immigration detention centres. To read the first article, click here.