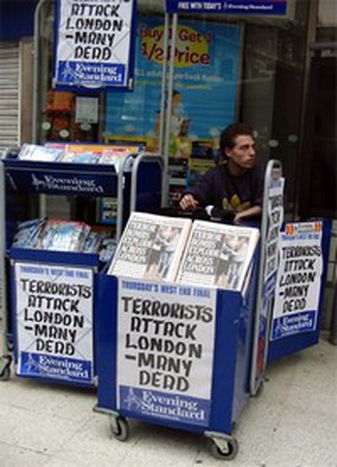 Despite the signature of the EU Charter of Fundamental Rights in 2000, the conduct of several member states as regards immigrants, both legal or otherwise, is less than satisfactory.

Immigrants entering a country illegally are the most vulnerable group in society in terms of the protection of their human rights, which should be respected despite their clandestine status. Since the only alternative to suffering repression and exploitation is likely deportation, the abuse of illegal immigrants’ rights is rife throughout Europe. The Morecambe Bay tragedy of 5 February 2004, in which 23 Chinese workers drowned harvesting cockles on the Lancashire coast, made public the stark realities of migrant worker exploitation in Europe. The cockle-pickers were earning £1 a day working for an industry worth millions of pounds per year to that region of England alone. The incident caused outrage in Britain, and yet by June of the same year, more Chinese illegal immigrants were found cockle-picking on the same mudflat, thereby doubly exposing the UK’s failure to meet its human rights obligations.

The UK has also faced criticism over its recent Prevention of Terrorism Act which allows for “control orders”, which include tagging suspects and house arrest, to limit the activities of suspected terrorists. The law also controversially allows an elected politician (rather than a judge) to restrict the freedom of a British citizen – arguably an infringement of civil liberties. Although this legislation is not specifically aimed at immigrants, it is undoubtedly immigrants, particularly of Muslim faith, which will bear the brunt of the government’s wrath. Now that London itself has been attacked apparently by an Al-Qaeda related cell, further degradation of Muslim immigrants’ personal liberty is likely and the government’s proposal for ID cards is likely to gain ground. As the Daily Mail put it the day after the bombings, “Britain will almost certainly have to sacrifice some of our ancient legal rights if we wish to protect our citizens.” But this kind of mentality cannot be allowed to prevail if human rights are to be respected.

But it is not just in the UK where the rights of Muslim immigrants are not respected. All EU member states are united in their desire to culturally and socially integrate immigrants into society in the hope of preventing ethnic minority groups from becoming marginalised. But sometimes attempts to wipe out differences can go too far. The September 2004 introduction of a French law banning all religious symbols in state schools presented many French Muslims with a dilemma. Should Muslim girls comply with the law, and thereby disobey their religion, or continue wearing headscarves and compromise their education by facing potential expulsion from school? The French government’s line was that the new law reinforces the Republic’s secularist tradition and is vital for the successful social integration of France’s 5 million Muslims. However, in terms of its legality, the French ban was widely considered a violation of both the 1951 Geneva Convention, which demands that “freedom to practise (one’s) religion” be granted to all exiles and immigrants, and of the European Convention on Human Rights, which states that all immigrants should have the freedom to manifest their religion.

Let’s hope that Europe will manage to embrace the culturally diverse future it faces via the sensitive treatment of immigrant persons, and that it does not instead turn its back on human rights and become an intolerant private members club.