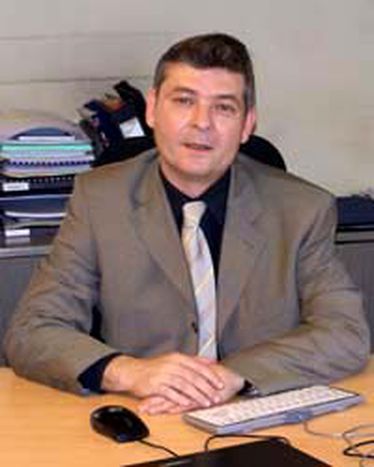 “Imagine reading the diary of a world leader; it doesn’t have to be a dream!”

Do blogs and democracy make a good combination? For Eric Legale, a specialist in new technology, online administration and the digital divide are the challenges of tomorrow.

Eric Legale is the director of Issy Media, the company that manages the communication of the town Issy-les-Moulineaux in the Parisian region. The town’s website is pioneering the use of new technology, and received a distinguished prize in February 2006; the UN decided it was one of the best e-government websites in the world. Each year Issy also welcomes the World Forum of e-democracy.

France has created between six and seven million blogs in the last few months, and the French blogosphere is being talked about throughout Europe. How do you explain this trend?

The figures have to be relativised: most of these blogs are adolescent diaries. However, it is true that the political blogosphere really took off after the referendum on the European constitution. Our leaders are confronted with a real crisis of confidence. On one hand, the citizens demand that they are listened to, but on the other, the elected officials have lost their legitimacy. In the development of the blogosphere, we can help to create a really participative democracy of dialogue and debate. But that comes at the risk of becoming a democracy of opinion.

Are blogs, online debates and podcasts a potential remedy for the type of bureaucratic technocracy we see in Brussels?

We can hope so. Today people are better informed but they need to maintain a real contact with elected officials. It is already something that people like Margot Wallström have a blog, and engage in debate with the people commenting on the blog. Imagine reading the journal of a world leader; it doesn’t have to be a dream! Simplifying the relations between citizens – consumers – and institutions has become a vital necessity.

It is all the tools of participative democracy, modernised by technology (like online voting or electronic administration). E-democracy responds to three objectives: transparency, an increased consultation with citizens and a struggle against the digital divide. Switzerland and Estonia are countries very advanced in such matters. Last November, the Estonians gave out electronic identity cards to test a system of cyber voting for municipal elections. This first experiment stands testimony to the real willingness of the politicians to work towards more engaged solutions. In Estonia, the council of ministers is digital. But in France it takes time to put such structures in place and we are missing the necessary guarantees of security. Also, there is a generational problem: few of the political class are convinced by the new technologies. In any case, in 2007, the French living abroad will be able to vote over the internet in the Presidential elections – a first!

Can e-democracy overcome political dissatisfaction? Some people have begun to speak of ‘techno-utopia.'

It is not a recipe for a miracle: internet voting will not overcome the problem of people’s disenchantment with politics. If we can speak to young people through the new technology and create a climate of confidence this could of course help. If we are content to say that the people simply don’t care about politics then this signifies democracy is in a serious crisis. Politicians must anticipate the future. In this way, the internet can be a tool like the television was in the 60’s.

A study by Eurostat in November 2005 pointed to a real digital divide in Europe: between the young and the old, between the educated and the non educated…

It is undeniable that the new technology excludes a certain sector of the population – though this section is more and more in the minority. In all cases, we cannot wait for the entire world to be online to go forward. As in Belgium, we must make up the digital divide by giving families financial aid to buy computers within internet connections. In Issy we have launched cyber-salons, so that the community can have access to the web.

What do you think of i-2010, which will be voted on in the summer 2006 by the European Parliament?

It has good intentions and an ambitious objective: to modernise the administrations of the member states. Other than e-democracy, two principal measures are envisaged: opening access to digital media and putting public markets online. The latter step will permit the European Parliament to economise to the tune of 300 million euros a year. But how will Brussels be able to incite the 25 member states to join the program? I believe that the eastern countries have a critical role to play because they are less entrenched in administrative traditions – they can act as the motor for this change. This new Europe has a very strong capacity for innovation and the will to progress.