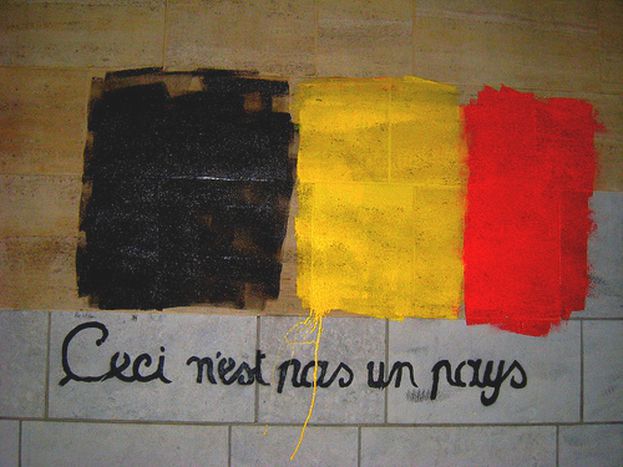 If Belgium became the new Czechoslovakia

Are the Flemish and Walloons against a split like the Slovaks and Czechs were in 1992? Would it be down to politicians to decide a split? Economic repercussions, language problems and sports ratings – a Slovak perspective on how a country dissolves

There's a lack of information about the situation and historical development in Belgium in Slovakia. The media coverage is quite poor; it is not an issue of great importance for Slovak people. Belgium is viewed as a small and far away country. The outcome of its current crisis is almost not affecting us at all. For example, short notices reached up until fifteen lines in the newspapers about the 14 July resignation bid of prime minister Yves Leterme.

In Slovakia, Brussels is viewed more as a capital of the EU than a capital of Belgium. In fact, the question of the capital is one of the differences between Belgium and the former Czechoslovakia. The Flemish and the French-speaking Walloons share Brussels. But in Czechoslovakia, there was no doubt that Prague was a 100% Czech city.

During division, there was no dispute about who would keep the 'capital' Prague

There were more issues of contention after the peaceful split in January 1993. The blue triangle on a white and red backgrounded-Czechoslovak flag suddenly became a Czech flag. Slovakia had to make a new flag (white, blue and red horizontal stripes with a Slovak seal). Along with the capital, the Czechs kept the koruna currency and even the position of the country's national team within the International Ice Hockey Federation (IIHF). It took two years for the Slovak hockey team to fight its way back to world championship A-category from the C-category, where it was placed from the beginning as a new country in the world hockey.

Despite these details, people in both Slovakia and the Czech Republic feel that the two countries have benefitted from the separation. The Czechs eventually stopped feeling that they had to always help the 'younger brother', the traditionally industrially less developed Slovakia. The Slovaks stopped feeling that they were controlled too much from Prague. (Now we are starting to feel that we are being controlled too much from Brussels since we joined the EU in 2004, but that is a different story).

Slovaks are starting to feel controlled too much from Brussels

Indeed, the majority of Slovaks and Czechs were against the federal assembly (the Czechoslovak parliament)'s vote to split the country into two in 1992, because the connection between the two nations was too strong. The pro-separation Slovak national party (SNS) received less then 8% of the votes in the parliamentary election in 1992. And according to a post-split opinion poll from March 1993, only 29% of Slovaks supported the division, while 49% were clearly against it. The Slovaks only wanted more political independence within the existing federation. The split happened after the Czech representatives (led by Vaclav Klaus, current president of the Czech republic), and Slovak representatives (led by Vladimir Meciar, authoritarian politician and current leader of one of the ruling coalition parties in Slovakia), could not agree upon anything within the federal political structures.

Fifteen years on, most Czechs and Slovaks are satisfied with the separation

A peaceful separation, based on a political agreement, laid the basis for a still exceptionally good relationship between the Slovak and Czech nations today. Fifteen years on, most are satisfied with the separation. There are over 65 thousand Slovak people legally working in the Czech republic - my sister for example - while about 1, 500 Czechs live in Slovakia. There are many cross-border marriages. After both countries entered the Schengen zone in December 2007 there are no more visible borders, even though passports were never a necessity.

Lastly, the languages are not as similar as one may think. A federal television channel had programmes both in Czech and Slovak, so both nations could speak the language of the other. But after the separation, Czech remained in the Slovak republic as many foreign books, films and so on were translated into Czech; economically, it was not effective to translate them in Slovak once you had the Czech translation. As a result, the 5 million Slovaks understand the language of the 10 million Czechs better. Today, young people born in the Czech republic after the separation hardly understand Slovak. While on vacation in southern Czechia last September, I had a shocking experience when a young boy, about ten years old, started to talk to me in English, because he did not understand me when I was asked him something in Slovak. I had to repeat the question in Czech.