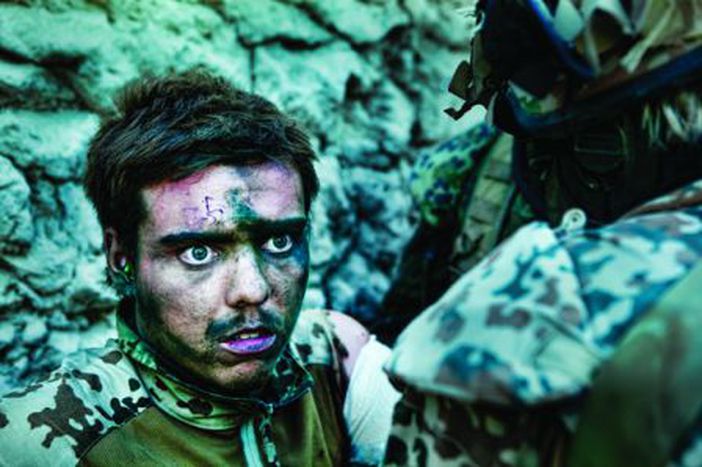 Part of the essence of traditional filmmaking relies on its photographic characteristic, which implies a certain truth: that at least for a short moment the filmmaker and the object filmed coexisted in the same place. Barthes called this the “ça a été”, or “it has been”, as proof of something that happened.

If we watched images of a horse on the street, this proved that someone once saw this horse and was next to it in order to capture the animal on film.

The development of fiction and new technologies somehow diluted the idea of filmmaking’s presence. Multiple frames and digital images allowed a bombing scene in a war film to be shown at the same time from land and sky, from the subjective points of view of soldiers and witnesses. No director could physically be in all these places at the same time, no one seems to be in the action scenario. There are no more single points of view or homogeneous sources of discourse. The omnipresence of fiction enabled it to build an anonymous and fragmented spectacle.

Documentaries, however, have always been closer to the first model of shooting mentioned, that of the co-presence and the single point of view. Massive production Armadillo changes the idea we usually have of documentaries. I had probably never seen a documentary with so much editing, or so many different frames, angles and image textures. A bombing scene is actually shown from the centre of the battle field (how was the director out there, with his camera, whilst the Taliban were firing?), and at the same time from behind the bushes where some soldiers are hidden, on a monitoring screen and even on a nearby patio where cows are wounded by the explosions. The eyes of the film are everywhere; the production is so unthinkably big that Armadillo ends up looking a lot like some famous fictions on war, especially The Hurt Locker and Redacted.

In the end, it does not matter much that the scenes are supposed to be “true” (meaning: not acted, with no screenplay), since the whole construction of the images looks as fictional and spectacular as it can be. Just like the two fictional war films mentioned above, Armadillo seems neither critical nor consensual, since it’s seen at the same time from the point of view of the soldiers, their families and the afghan people. Maybe this documentary is telling the “truth”, but which truth? Whose? Even if no one denies the presence of the director and that of the (many) cameras in the actual combat scenes, the visual fragmentation - which has the purpose of making the spectacle even more seductive - ends up turning this show into a pretty fiction-like event.