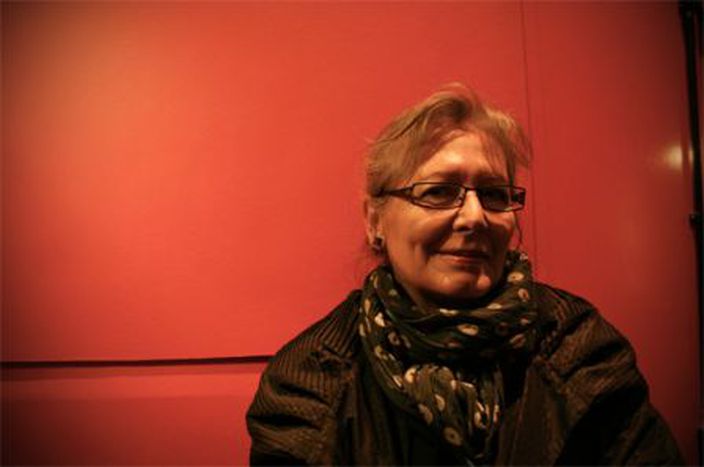 Czech director Helena Trestikova is presenting her latest documentary at this year’s IDFA. After Marcela (2007) and René (2008), Katka represents the third part of a series of long-term observational films on women. Trestikova followed 14 years in the life of a young drug addict, and her desperate battle to come off heroin.

In 2001, you had already made a documentary for Czech television about Katka. Why did you decide to pursue the project ?

In 1996, I started a series of long-term observational films about women. It was in nine parts, one of which was Katka. At the time, it was unthinkable to show documentaries in Czech cinemas. But the situation is gradually changing, so we decided to follow up on the story of Katka and two other women. And it was a good choice : the film was very successful back home, with 10 000 visitors which, for the Czech Republic, is more than we expected, and definitely more than a lot of feature films back there. I think this could be the beginning for documentary in cinemas in the Czech Republic.

Why do you think the Czech people’s interest has changed ?

It’s an atmosphere in contemporary society : people are now more interested in true stories, in facts, and not fiction. Of course, the ideas of an author can be very passionate, but true stories… people need true stories. After finishing the film, we developed projects for elementary and high schools to encourage a critical discourse of what it means to take drugs. That way, it is not just an artistic film for an audience. Students are discussing the mistakes that Katka made, what she could do to quit drugs. As we heard, it has become a huge subject of debate.

Over the course of 14 years, you visited Katka on a regular basis. How was it for you, to see someone deteriorate like she did ?

You can imagine, horrible. To observe such a destruction of such a nice girl is awful. She used to remind me of Julia Roberts, she was so beautiful. I really tried to help her, but without success. Then again, you as a viewer saw it in 90 minutes. I lived it through 14 years. In that way, it wasn’t as intense as you must have experienced it… I made other films, other projects, had other experiences.

In the film, we see Katka mostly living in squats. How often did you visit her, and how did you manage to keep track of where she was ?

It varied from time to time. Sometimes, I would see her once every three months. During her pregnancy and after she had given birth, I saw her very often. Sometimes, she would have a mobile. At other times, the phone would be dead, and Katka was not to be found. It was very complicated. We also tracked her down through the anti-drug centre in Prague, because she regularly came there to exchange her needles for injection.

Besides that, I often had to be pretty spontaneous. I remember this one situation, where Roman (Katka’s boyfriend) called me telling me he was off for rehab. So I rushed to the train station, without sound master or a good microphone. When I got there, there was already a fight going on, the police were there, it was intense. Had there been a huge microphone, I’m not sure we could have shot this sequence. In this way, I learnt it is better to be secretive when shooting.

What was the protagonist’s reaction on seeing the film ?

Katka saw this film alone, while Roman was in prison. When he got out, we made a special screening for him because it was necessary that he be ok with the film being shown. And we were afraid of his reaction, he is impulsive as you might have noticed. And then Roman came and said (Trestikova and her producer shake hands), “Helena, congratulations. It’s very strong, and very important.”

Katka and Roman were present at the premiere, and for them it was such an experience. They are not used to being in a social situation like this, because they are the outsiders of society. They believe it might help others, though for them, I am not sure it can any more. For a short time, they say, yes, we know it’s necessary to stop, but it lasts only a very short time.

Read all of our IDFA coverage now on www.nisimazine.eu!