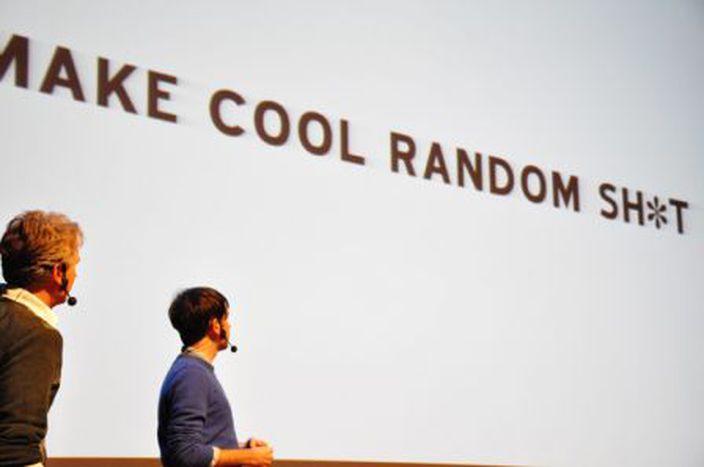 The general public is educated by the films of IDFA. But the festival does not stop its pedagogical intentions there. The IDFAcademy gathers young filmmakers from all over the world in Amsterdam, not only to watch all the films, but also to be moulded by smart people who give them Masterclasses. We decided to review one, to prove that no format escapes our critical gaze.

“I get to stand here for two hours, curse about everything, and IDFA will think it’s great!”.

So said Brent Hoffman at the very first session of the prestigious IDFAcademy, provokingly titled ’F*ck the Format’. Hoffman is the creator of ’Wholphin’, a quarterly DVD-magazine for short films “that need to be seen”.

In the two hours that follow, Hoffman curses perhaps three more times, and always with a smile. Indeed, Hoffman is the kind of guy girls would go home with anytime; witty, ambitious and well-behaved. And one with a mission.

“It’s time that we all, filmmakers and festivals alike, realize that there are so many more ways to reach different audiences if we use and allow multiple formats”, he proposes.

Hoffman is basically tired of formats preventing films from becoming the best they possibly can be. On the other hand, he urges the IDFAcademy participants - once their films are finished - to be open to making re-edits, mostly meaning shorter versions, in order to find different ways of distributing their material. The Internet, TV, festivals, DVD-magazines and other formats that are just developing do not exclude each other, he claims. Mainly though, it seems that he is talking about films that have been cut shorter to be on a Wholphin DVD. 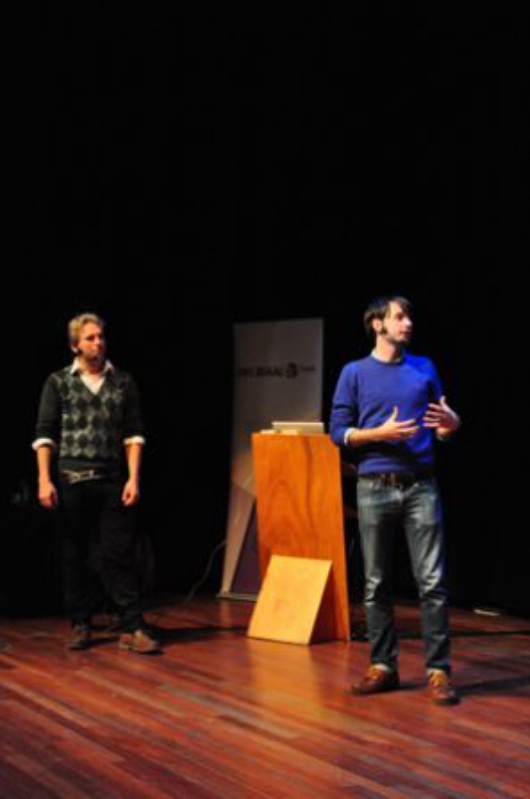 The talk feels like something that could easily have been in a TED video. Two guys (Hoffman is assisted by his companion Malcolm Pullinger) who have started up something new and innovative tell about it clearly and passionately.

It might actually have been better if it had been a TED talk. Mostly because TED talks have a time limit of ten minutes, in which time Hoffman&Pullinger could have easily presented their idea, and even shown a couple of the great clips from films they found and distributed through Wholphin. As it was, there was a lot of repetition intercut with trailers and stories about particular films. This kept the lecture interesting, though the questions from IDFA students afterwards showed that there were some contradictions in Hoffman’s discourse. Such as: does he want a film to be “the perfect length”, or adaptable to any length in order to fit all the available outlets?

Ultimately, he seems to want mainly the industry to “loosen up” and think openly. He, however, complimented IDFA on already including many more categories than other festivals, thereby earning his fee, and afterwards all the IDFAcademians handed him a DVD of their film. And everybody was happier, if not a lot wiser.