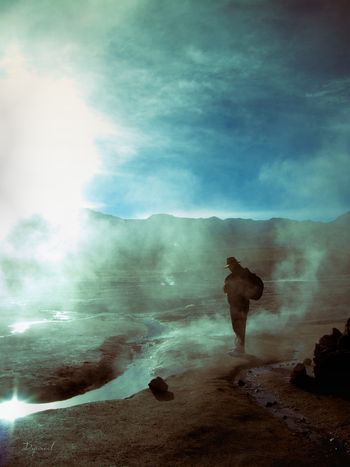 When Iceland's Eyjafjoell volcano erupted on 15 April, it halted flights in European airspace but also led to conspiracy theories about reducing CO2 emissions in the atmosphere and cooling off the planet. cafebabel.com Athens blog about the priorities

Should nations fail to tackle climate change, giant mirrors in space, artificial trees and other so called 'geo-engineering solutions' will be the only way to prevent disastrous overheating of the planet, warned researchers after the UN climate change conference in December 2009, hosted in Copenhagen. At the same time, whilst accepting his Nobel Peace Prize, US president Barack Obama warned of dire consequences if the world did nothing to curb rising carbon emissions - he represents a country which is the world's number two emitter of greenhouse gases after China. It's also the only developed country not in the existing Kyoto mechanism to lower carbon emissions.

'We need a climate treaty which will survive recessions, elections and natural disasters'

If we are not making drastic cuts in pollution by 2020, costing everybody on the planet up to £150 a year (170 euros), we have virtually no chance of limiting temperature rises to 2C. 'We need a climate treaty which will survive recessions, elections and natural disasters. Not a piece of paper that will be forgotten after the next change of power in London, Tokyo or Washington,' says the leader of WWF’s global climate initiative, Kim Carstensen. While we wait for the ash cloud of the volcanic eruption to settle, the only question remaining is who gets to pay what, and how.