Iceland is hotting up

Sólveig Anspach brings to Seville his Back soon

With a style between carefree and poetic, hilarious and introspective, rotter and profound, Anspach tells us about Anna’s existential need for vital renovation. She is a weedy and energetic Icelandic poet who blurted to his admirer and student of her works, gems such as “You French people should speak less and fuck more”.

The fact is that Icelandic people aren’t content with watching screen versions of books at the cinema. Sólveig Anspach, whith an American father, and an Icelandic mother trained at Femis School, in Paris, is part of the current creative "boom" of Icelandic cinema, despite the fact that this Anspach’s film is the only Icelandic one we’ll be able to watch at this 5th edition of Seville Festival of European Cinema. , which had already its premiere in August in Iceland and France, leaves us an aftertaste of vital joy, as Sigur Ròs’s songs do. Sigur Rös, the same who makes Anna (the leading character masterly played by Didda Jónsdóttir) put a Globe on the table and choose her destination with her two children, randomly . But the final decision of throwing caution to the wind won’t be free of a gruesome way in a sort of liberation. Anna knows that she needs a change, she’s tired of the life below zero in Reykjavik, but before making the decision of leaving, she has to get rid of her business as a dealer of marijuana in the middle of this story with much of and hybrid comedy. 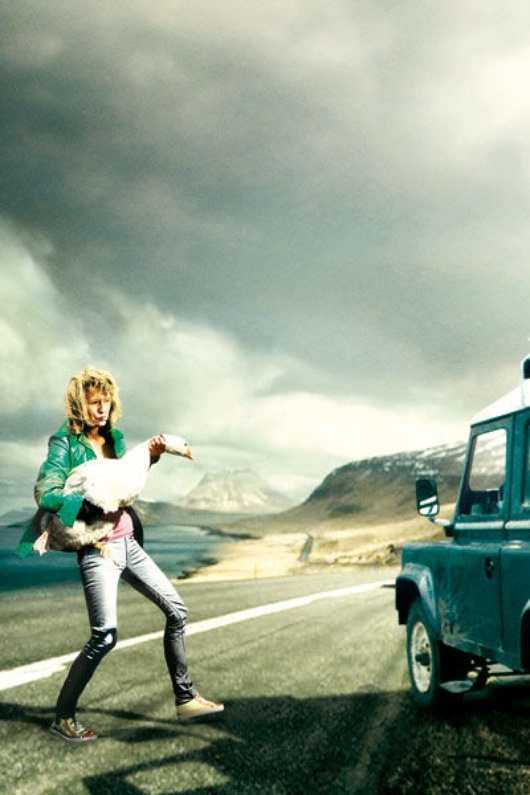 A lost-in-thought Frenchman student of general Scandinavian poetry and Anna’s poetry in particular, will be the protagonist’s companion of adventures, who will have to get around compromising situations by resorting to a cold and dry humour, and compromising situations, among them getting rid of a goose which has swallowed his mobile phone, and nobody dares to kill, a man who tries to commit suicide and is later encouraged to live by a God-believing young lady. All in all, in the same way Sigur Rós knows how to do it in music, Anspach invites us in the film to life without delay.