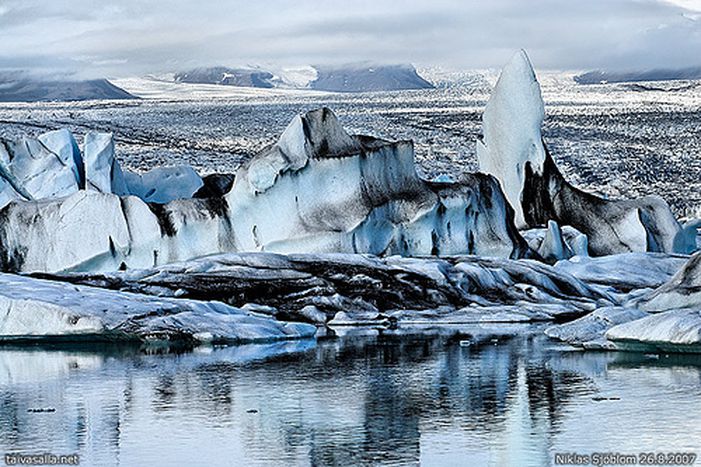 On 26 January 2009, Iceland’s conservative-led government collapsed, the latest victim of the international financial crisis that has capsized the tiny island-state. Current percentages of the possible winning coalition are 31% for the socialists and 24% for the green-leftists

The prospect of a new government has excited speculation that Iceland will soon put in a bid for European Union accession. The conservatives will be replaced by a caretaker government, a coalition of social democrats and greens, until 25 April, when an early election has been called. Unlike the conservatives thus far, the social democrats are keen to make an application proposal. Meanwhile, the centrist progressive party just changed its position to support EU membership. This leaves the green-left party opposed - a potential complicating factor, as some election polls suggest they may become the dominant party in a coalition with the social democrats. Yet with 60 to 80% of the population now in favour of EU accession, it is clear that the debate is now wide open. Should the island finally apply, it could join as early as 2011, as indicated by recent remarks by enlargement commissioner Olli Rehn. 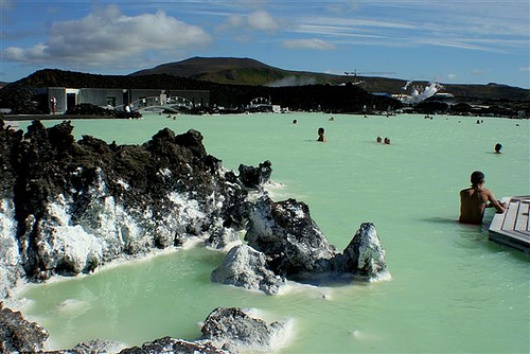 If Iceland does file an application to Brussels, however, membership negotiations are expected to be unctuous. The EU’s common fisheries policy requires granting ‘fair access’ to fisherman from other states, entailing relaxation of Iceland’s exclusive fishing rights. Iceland has already fought two ‘cod wars’ to prevent British sailors entering Icelandic waters. The question of fishing right is made slippery by the fact that the industry provides over 70% of Iceland’s export income, and given that the it is one of the few parts of the economy still reeling in the money, the Icelanders will not be willing to scupper it just for the sake of EU accession. Nonetheless, in the end a compromise could be fished out of the water. In Malta’s accession negotiations, the country was granted a wider exclusion zone, and a similar settlement could be made in the Icelandic case, or phased over several decades. 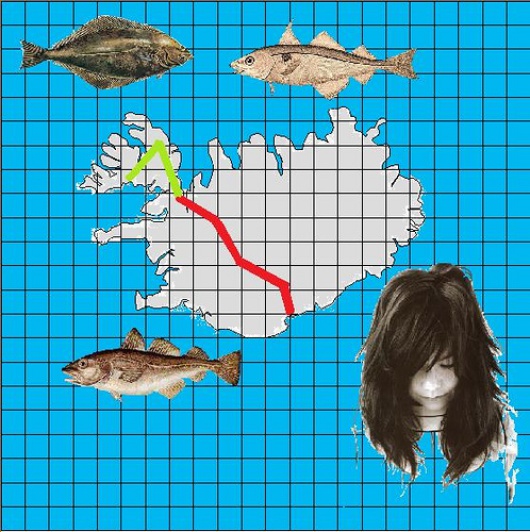 Since 1995, the independence party-led government presented Iceland as a last bastion of state sovereignty, disregarding European opposition to tax competition or fishing rights in order to establish a vessel of prosperity in the mid-Atlantic, and demonstrating its independent foreign policy by unilaterally joining the US-led coalition in Iraq.

By charting a course toward the European Union, Iceland will be admitting what the rest of the world already knows: that the ‘Viking model’ has hit the rocks. The country faces a 9.6 per cent fall in income per capita in 2009, among the largest drops in peacetime Europe. The currency has collapsed to half of its previous value against the euro. Not only American investors, but also American troops have now left the country, as the last US military base, at Keflavik, was closed in 2006. Perhaps there is no better sign of Iceland's isolation, than the fact that this country - which in 2003 proudly joined the struggle for democracy in the Middle East - last year found itself requesting an emergency loan from none other than Dmitri Medvedev and Vladmiri Putin’s Russia. 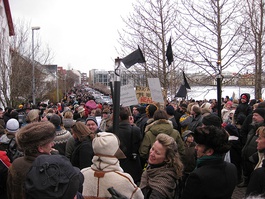 The financial crisis has shown that for a small nation like Iceland, it feels awfully cold to live outside of an economic bloc, such as the EU, with its own currency union, some degree of policy coordination, and system of regional transfers. Iceland’s move to EU accession may encourage other EU opt-outs, such as Norway, with which Iceland shares close ties, and Greenland, which left the European Union in 1985, to reconsider their position. If so, the next phase of EU enlargement may not be to the east, but to the northwest.