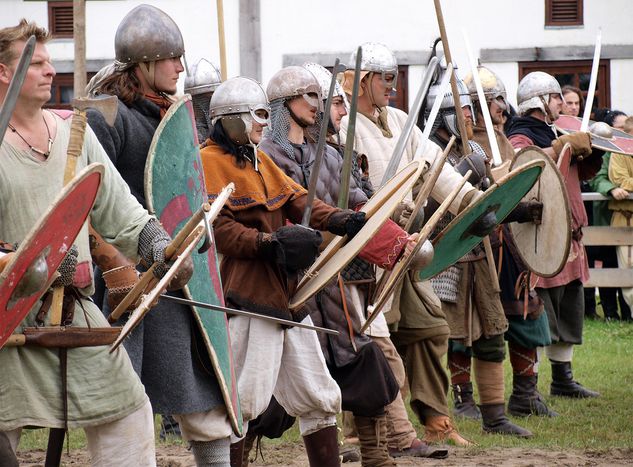 Iceland could strip Europeans of their savings

On 5 January, president Ólafur Ragnar Grímsson refused to sign a law controversial among Icelanders that stipulates the repayment of around 3.5 billion euros to foreign depositors who have been unable to access their savings since the Icelandic bank failure. Now the people will decide on repayment in a referendum, a plan which has not gone down well with the foreign press.

An Icelandic referendum on a payout to foreign savers who lost their savings following the collapse of Icelandic banks in 2008 will hardly solve Iceland's financial problems, the daily comments: 'The angry Vikings' problem at the moment is that a referendum won't put a stop to money transfers to foreign countries. A 'no' from the population will warm things up in the short term, but at the cost of explosive interest rates for the enormous foreign debts: Iceland's credit rating would plunge even further and affect finances. As an independent nation that for years exploited its role outside the EU to create an artificial level of prosperity Iceland can't evade reality simply by holding a referendum'

'Bad luck you're small and weak' - The Guardian, United Kingdom

Iceland is delaying the repayment of debts to foreign depositors pending a referendum to be held on the subject. The daily sees no alternative to repayment: 'In the end, of course, Icelanders took too many risks and their banks collapsed, among them Landsbanki, which owned Icesave. The national fabric described by the president is being torn. Icelanders resent being strong-armed into compensating foreign savers, and they particularly dislike Britain's use of anti-terror laws to freeze Icelandic accounts. But whatever the outcome of the referendum, they will have to pay. An earlier version of the law, passed last August, commits the country to starting repayments in 2016. Back in the boom years, banks liked to boast that they were too big to fail. Iceland's bad luck is to be small and weak, and to have failed spectacularly. The world can insist on getting its cash back'

The Icelandic daily defends the decision of president Ólafur Ragnar Grímsson to let the people have the final say on the compensation law for foreign savers who deposited their money with Icelandic bank Icesave: 'He has drawn harsh criticism, some of it justified, some of it undeserved. But not just the president is responsible for this turn of affairs in the Icesave issue. In allowing the people to make the decision he is reacting to thousands upon thousands of Icelanders who put their signature to the civil initiative 'InDefence', and also thirty MPs who supported the decision to hold a referendum. They all bear the responsibility along with the president for intervention in the international dispute over Icesave. The president had already announced two years ago that he would consult the people rather than acting alone' (Jón Kaldal)

After Iceland's refusal to sign an agreement with the Netherlands and the UK on repaying savings deposits, loans by the International Monetary Fund and Scandinavian countries to Iceland have become unsound. The Icelandic president is damaging his country with his move, writes the liberal daily: 'Icelanders would have to pay dearly for the repayment, which works out to 12, 000 euros (£10, 779) per person. They are the victims of the global financial crisis, but also of the fact that Iceland had a huge financial sector which far outstripped the country's scope. Iceland committed itself to a settlement with guarantees at a time when it still considered itself well protected by the prosperity of its extensive banking sector. The repayment to the British and Dutch depositors to whom these countries advanced the money is a natural consequence of this arrangement. Guarantees are irrevocable. The president has done untold damage to the trustworthiness of his country'