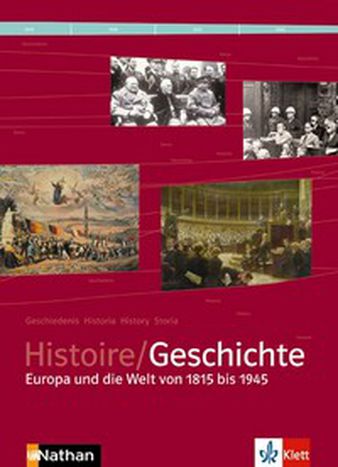 The idea of a common textbook was first brought up in 1951 in the first Franco-German history conference. Hungarian-Slovak compromise–seekers now cite 'Histoire-Geschichte' (Nathan/ Ernst Klett Verlag), the Franco-German textbook launched on 5 May 2006, as an exemplar. It took three years to publish a final version which even then only covers the post-1945 period. From the Industrial Revolution to World War II, the booklet on the first half of the last century where relations were by far the more strained between the two nations, will only be published in 2008.

Slovak prime minister Robert Fico and his Hungarian counterpart Ferenc Gyurcsany announced plans for a joint textbook after a summit in Hungary where the issue came up on 19 June 2007. 'The phrase 'joint textbook' is misleading,' says historian Attila Simon in the center-right weekly Heti Válasz. 'It's more a supplementary material to 'normal' textbooks - the needs of students living in Hungary or Slovakia are different.' It is an idea which 'sits quietly on the 'favourite tasks to talk about' shelf until the next time alarm bells ring for Hungarian, Romanian and Slovak politicians,' criticises Hungarian expert György Jakab.

Politico-historical relations - myths about the establishment of the state, freedom wars, territorial questions - are charged with misunderstanding both in the Hungarian-Slovak and the Romanian-Hungarian nexus. Leaving the politico-historical context completely out of the book and concentrating merely on the less contradictory socio-cultural concepts is not a viable solution. 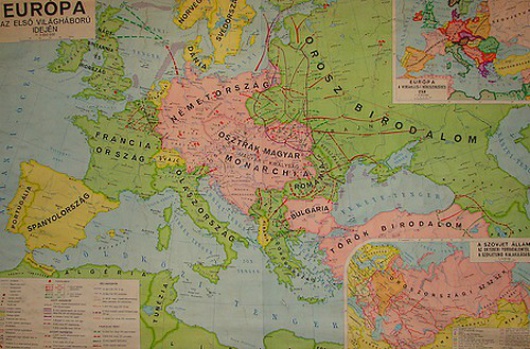 For example, the 1938 first Vienna Award (annulled in 1947) gave Hungary territory from present-day Slovakia, lost by the 1920 Treaty of Trianon. It is labelled by Hungarians as 'the return of the southern-Uplands to Hungary.' Slovaks call it the 'temporary Hungarian invasion and loss of southern Slovakia' - two irreconcilable concepts.

Another strange characteristic is that both the Romanian and Slovak textbooks treat the current borders as if they were constantly there throughout history. Slovakia textbooks talk about a territory called 'Slovakia' which already existed in the sixteenth century (it didn't until the beginning of the twentieth century). Hungarian experts see it as the faking of history.

Hungarian textbooks also tend to neglect the importance of non-Hungarian personalities in the history of Hungary as well as the fact that substantial parts of it were controlled from the outside for many years. Barna Ábrahám, lecturer at the Department of History of the Pázmány Péter Catholic University, points out one of the interpretation problems. 'A Hungarian textbook could call a lord from County Liptó (today the Liptovsky region in Slovakia), a Hungarian noble. But he would have debated in the county council in Latin or Slovak. He probably barely spoke Hungarian!'

More and more Slovak and Romanian researchers are visiting the National Archives of Hungary and the National Széchényi Library ('Országos Széchényi Könyvtár', OSZK). The latter was already a central library during dualism (Austria-Hungary during 1867-1918). Nothing like this can be found in Bratislava or in Bucharest.

Some Hungarians claim it would be better to allocate more funds for the translation of Hungarian works rather than focussing on the joint textbook. Succesful civil society initiatives, such as the Budapest-based Terra Recognita Foundation, established by Hungarian researchers to promote the better understanding of the peoples of central Europe, has a young generation of scholars better placed to find common grounds with the young Slovak historians who studied from textbooks published in the independent Slovakia.

Yet there are still some clashes. 'The most annoying thing is when our Slovak colleagues accept us criticising the minority policy of the dualism, but refuse to discuss the Czechoslovak and even less the Slovak minority issues,' explains Csaba Zahorán, a Terra Recognita co-founder. The Slovaks published a book on the Treaty of Trianon by the Hungarian Ignác Romsics, which was a huge success in Bratislava, but Trianon still hurts all Hungarians. Many still believe it decoupled only pure Hungarian territories, albeit, in reality, in many (e.g. Southern-Transylvania, northern part of the Uplands) hardly any Hungarians lived.

Translated from Hungarian to English by Lóránt Havas

The history textbook discussion: brush up on a few dates and facts

1867: 'Dual monarchy" of Austria-Hungary established including present territory of Slovakia

1920: Treaty of Trianon - Hungary lost 71% of its territory and 66% of its population. Slovakia formed part of Czechoslovakia

1939: Break up of Czechoslovakia

1993: Republic of Slovakia and the Czech Republic declared