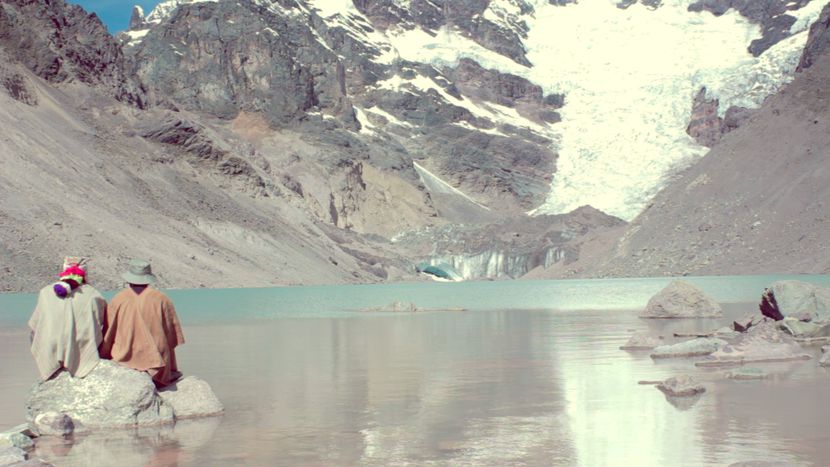 Argentine filmmaker Alan Stivelman takes us on an odyssey into the heart of the Andes to connect with the spirituality of the indigenous Q’ero community, in order to try and discover the key to the meaning of life. This question has taunted mankind since the beginning of time. Stivelman treats with the simplicity and calmness of a young man willing to go beyond with no looking back.

“If you want to learn about humanity, first you have to be human." This was the answer that Plácido, a paqo (priest) from the Andean Q’ero community, gave to Alan Stivelman when he asked him about the origin of mankind and why we’re on the Earth. The documentary Humano tells the journey of Alan Stivelman, a filmmaker from Buenos Aires who travelled to the heart of the Andes in search of answers to the 200 questions which had been occupying his mind for quite some time. Throughout the hour and a half of the film’s duration, the viewer joins Alan and Plácido on a journey through breath-taking landscapes which took them from Lake Titicaca, on the border between Peru and Bolivia, to Machu Picchu, near to where the Q’ero community is settled, a population which had no contact to Western civilisation until the 1960s.

The documentary maker admits that he started to feel 'lonely' at certain points on the journey, being amongst populations that only spoke Quechua and had completely different customs to those of a city dweller like him. In spite of this, the Buenos Aires native decided to carry on with his project because, as a filmmaker, what he likes about documentaries is that “they help to discover things.” As Stivelman himself claims, it would appear that Plácido had been awaiting the arrival of someone like him so that he could share all of the knowledge and wisdom that the director wanted to include in his documentary. Stivelman had actually met Plácido in Buenos Aires a few years beforehand, when the priest went there to advertise some mystical journeys to Peru. From that moment on, Stivelman’s interest in the Andes and Andean spirituality had been growing, which is why he finally decided to arm himself with a camera and sound recording equipment and embark on a journey which lasted three months, during which the filmmaker explored questions which could challenge world history and Stivelman’s own notions of existence.

Underground tunnels and cities at the bottom of the lake

“Supernatural things were happening to me, which kept telling me that there was something more than this reality and this is what motivates me to look further,” explains the director. Stivelman brings up the existence of tunnels dating back to the pre-Columbian age which are said to connect various countries of South America or those included on the Piri Reis map. This would prove that Columbus already knew of the existence of America before setting out for the Indies. “In the things that are below the Earth in South America, I started to discover that the ‘great beyond’ was much more palpable than I once thought: pyramids in Bolivia, the ‘Lost City of Giants’ in Ecuador, tunnels in the Atacama desert and pottery with hieroglyphic inscriptions in the depths of Lake Titicaca.” All of this evidence, which Stivelman discovered thanks to information from books, publications and on the Internet, made him want to get in touch with the populations of these areas, for whom the existence of, for example, a city at the bottom of Lake Titicaca is something which is accepted as fact. “When the locals go out across the lake in their boats at specific times of the day or night, they’re able to see all of the reflections from the city, it’s normal for them. But official archaeologists don’t want to know anything about all this, because this would mean them having to rewrite history. They don’t know where this civilisation would fit in, before the Incas, when the lake didn’t exist… It’s information which would shatter the idea that we have of America, with Columbus being its discoverer, and they don’t want that to happen.” French explorer Jacques Cousteau attempted to locate the hidden city in the 1960s but to no avail, since he lacked the adequate resources. 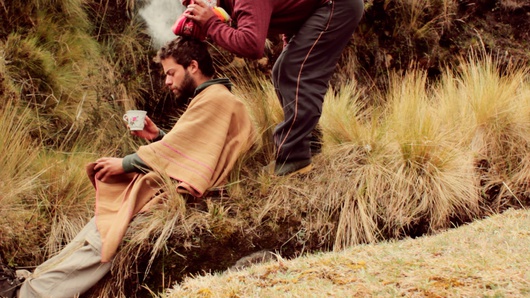 All of these phenomena remain in the background of Humano, a documentary which must be watched with an open mind and spirit, with all five senses alert. You have to be willing to be free from prejudices when experiencing the story which is told, with a sense of adventure and ready to find out about the unknown and delve into it with no going back. Without that attitude, Stivelman wouldn’t have been able to journey through the Andes alongside Plácido or perform all of the rituals on his way to becoming Human and “wake up”, as the priest says. Humano is a documentary of discovery which Stivelman is showing all over Europe and which has allowed him to carry out a second piece of investigation work alongside Catalan investigator Anselm Pi Rambla, a film in which the natural and supernatural cross over. “The supernatural ceases to be supernatural once it is explained,” states the director. With this work, which has already been presented at more than ten festivals around the world – from Colombia to Poland via Australia and Bosnia – Stivelman aims to make the viewer reflect, ask himself questions and, like Stivelman, not be afraid to go beyond and reconsider the fact that perhaps the world and its history aren’t quite as we understand, perhaps there are truths within us which we don’t know and which could change our way of being and existence. “When you see the Q’ero community talk about extra-terrestrial things like something natural, or about the apus [Andean spirits with which Stivelman communicated], you realise that we live in a world of cities which just send us to sleep, put us in a completely inhuman system and make us feel that completely natural things are unnatural.”

Click here to find out more about all the latest news and upcoming screenings of Humano.