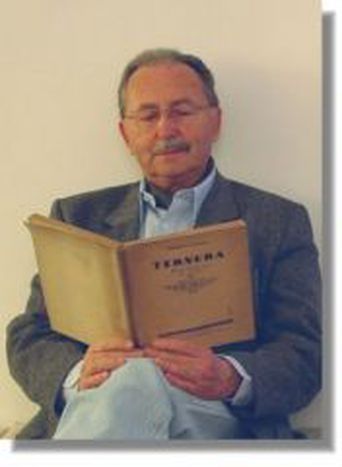 Federico García Moliner was awarded the prize for Technical and Scientific Investigation, due to his excellent work in the field of Physics. He is one of the great Spanish scientists of our time; however, when listening to him, nothing would make you think he’s such an illustrious personality.

Dressed up in a quite colourful bow tie and a broad smile, Moliner showed up not only to give his lecture, but also to listen to the rest of them, in which he participated with great interest, asking questions in the round of questions and not hesitating to hand over the students his turn of speaking, although the organizers had given him primacy over the rest. Telling this is not trivial, since it’s a sign of his humane character, and that was the central topic of the conference.

Just the beginning of his lecture drew strong applause: “” And, he read for us Ana Maria Matute’s description of the writing process. For those who haven’t come close to sciences except in high school, listening to such an exquisite comparison between science and writing was an absolute joy. ””, he told us and, no doubt, he could transmit the idea well.

You may wonder how science is made…Well, I’ll read Ana Maria Matute for you to understand itThere´s a lot of beauty in science

His defence of culture is based on its importance, since it determines the way in which we use the brain”. Our limited concept of it, impairs a greater intellectual and personal development, since we insist on “”.

radically differentiate culture and material world, even though they are the same thing or, in other words, they are co-existent and inter-related realities

“” he told us, “”. It’s a lovely way of understanding science and art, beauty and ideas. Perhaps Moliner was thinking about the Gernika or the structure of fractals when he declared: “”.

The artist and the scientist are so similar…both seek to find an explanation of the world and transmit itNot only is there beauty in art, but also profound ideas; not only are there profound ideas in science, but there’s room for beauty too