How to be a German - as explained by an Englishman

We here at cafébabel love sharing cultures, but we know that assimilation can often be quite difficult. Thankfully, Berlin-based British author Adam Fletcher has written How to Be a German - a guide for anybody looking to embrace the Teutonic way of life. Our English and German editors have picked some of their favourite titbits.

1. There's more than one way to peel a potato

It's often said that the Eskimo people have hundreds of words for snow, and in similar fashion the Germans have a dozen different ways to cook a simple spud. They range from Salzkartoffeln (simple boiled potatoes served with a pinch of salt), to Rösti (potato fritters) to Rosmarinkartoffeln (roasties covered in rosemary). OK, they may not be particularly exciting variations on a theme, but it's important vocabulary to learn if you don't want to embarrass yourself during a Sunday lunch.

2. Keep the windows open - no matter how cold it gets

In the UK we're used to there being two seasons: winter and July. Only impoverished students and people in the North would be foolhardy enough to leave a window open at night and expose them to the elements. Not so in Germany: most windows made in Germany can be put in "Kipp mode" - held open just a crack to allow air to circulate. If you wake up on a winter morning and see your breath in the air in your bedroom, congratulations - you're a German! 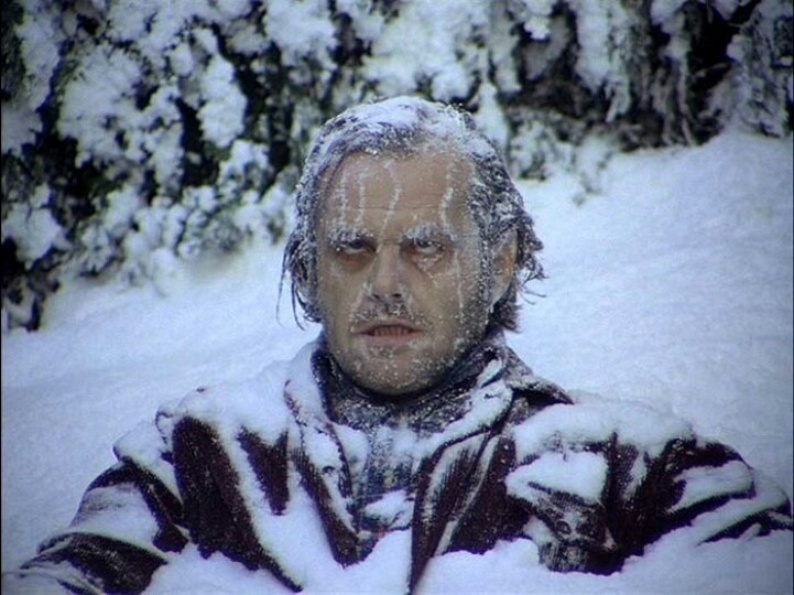 "English is not about what you say, but how you say it," writes Fletcher. In Germany (and most of Europe), the reverse is true. If you want something done in Britain, you must apologise at least five times while asking, preferably while flagellating yourself as punishment for bothering the other person. In Germany, you just have to ask. Alles klar?

4. Hate the city of Berlin

The birds and the bees are an awkward subject in most cultures, but in the UK the bird is a dodo and the bees are suffering from colony collapse disorder. Most British men would sooner cut off their John Thomas than acknowledge that they have one in public. But in Germany, sex is really not worth getting all excited about. After all, birds do it, bees do it, even educated fleas do it. And so did your mutter und vater.

When others have to blabla about something, Germans prefer to be straight to the point. Funny that Adam Fletcher sees a certain beauty in that. We only waste precious words when filled with meaning. We prefer "schweigen" to small talk. We even have a word for those who talk just too much - laberbacke! Look at how much meaning we can cram into one word: 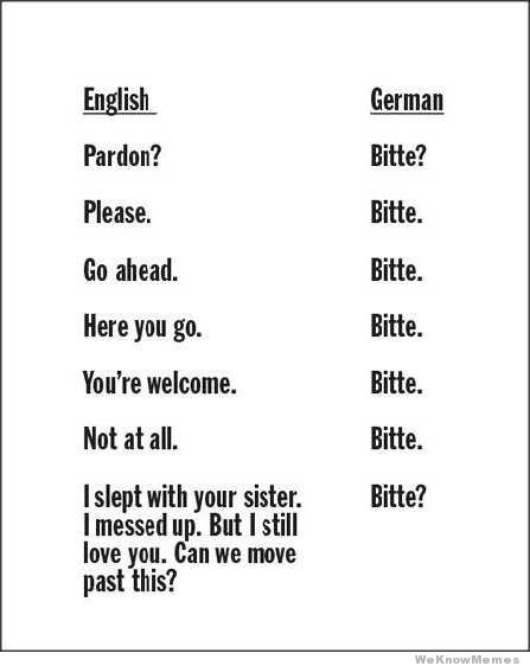 A few days ago the Jewish Berlin-based comedian Shahak Shapira published a mock-up website called YOLOCAUST, and you can imagine the fuss it created in Germany. Mein Kampf is back on the bestseller lists after an annotated version was republished last year. Look Who's Back, a satire in which Hitler rises from the grave and goes viral, sold more than a million copies in Germany and was even made into a film. Adam’s friend sums it up well: "I know more about Hitler than about my grandma."

We love titles in Germany: even when you book a flight on a German travel site you have to mention if you own a PhD. It's an essential requirement for anyone wishing to make it in politics. But mess it up, and it’s the end of your career: something that's happened to many politicians in Germany. So you'd better hire a good ghostwriter instead of hitting CTRL+C and CTRL+V

Adam Fletcher asks where the myth of 'the Hoff' originated, and comes to the conclusion that he brought it on himself. And UK friends constantly ask if we adored David Hasselhoff back in the 80s. But here comes the scoop – it’s true (at least in the Eastern part). We loved the Hoff - how could we not, after he sang his one hit wonder "Looking For Freedom" as the Berlin Wall fell, and millions of people in outwashed jean-jackets and perm discovered the other side? Still, that doesn't mean we’re not embarrassed when we remember it.

We start with potatoes and end with mustard. We’ve learned that opinions might be brief but sharing your critical voice - if people want it or not - is a German must. As necessary as senf on sausage. "This will help you win the hearts, minds and stomachs of your new friends," says Fletcher.