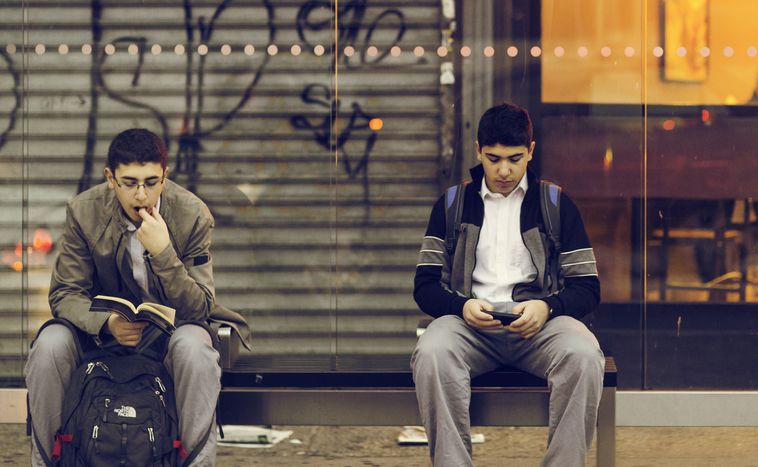 How small-scale innovation is changing our lives

By finding technological solutions that most of us thought were unnecessary before we used them, small teams of developers have found themselves at the centre of the digital revolution

The greatest changes in our lives are not caused by big bangs but by minor re-interpretations of earlier inventions; good ideas don´t have to have a grand effect; rather, they seamlessly blend in with the way we life our lives.

They can be so unpretentious and logical that it’s difficult to understand how we spent our lives without them. A search engine, essentially an algorithm to facilitate the search for content in the Internet, is such a simple idea – but before its invention nobody knew that it was missing. Once it saw the light of day, living without it seemed unnecessary, inefficient and dull.

Today examples of modest re-interpretations of connections between the digital and the analogue world are ubiquitous: Uber, a taxi-app, now operates in over 229 cities in over 46 countries. In the last month alone, more than a million people found a cosy room through Airbnb, an app connecting homeowners with home-seekers. Nest, a company focused on building smart thermostats, is currently attempting a similar coup with a thermostat that learns your heating behaviour and hence helps you to save energy and euros. Initiatives like the latter are mushrooming all over the world. Predictions suggest that by 2020 over twenty-five billion devices might be connected to the Internet.

What these innovations have in common is that they are envisioned by small-sized teams. It is small numbers of intelligent wonks, rather than big groups, that have been and will continue to be behind the ideas that lead to ground-breaking changes for societies.

This is an incisive argument for our entrance into what sociologist Manuel Castells calls the ‘network society’ – a society organised primarily by a combination of social and media networks at all levels.[3] In other words, a small group of nimble-minded entrepreneurs today have the ability and drive to create an ecosystem that transforms the status quo.

Small sprightly networks will continue to drive innovation and progress to areas where we today don´t even consider possible.  They will, to borrow the words of Larry Page, co-founder and CEO of Google, pursue the “elimination of inefficiency through technology” to its “logical conclusion”. This can be exciting for consumers and ‘techies’ alike.

However, the optimism propagated by the tech revolution is proportional to the fear felt by others. Today, half of the firms on the Fortune 500 list in 1999 have left this prestigious club. Formerly cutting-edge business models don’t seem to be so sustainable or adaptable over time. According to a MIT study, 50% of current jobs will be automated in the near future. Which sectors will be secure and which not is to be difficult to predict.

The shake, rattle and roll of technology’s advance continue into areas that have thus far not been touched by private actors. The public sector is one of those areas. Facebook now has 1.3 billion active users, more than all the citizens in China.

As digital and analogue worlds come together, their forms of governance seem to increasingly look alike. Internally, Facebook has essentially recreated a government bureaucracy complete with regulators and law enforcement, but optimized for different values than traditional governments.

In Facebook’s digital country – a country with over a billion inhabitants administered by a few hundred bureaucrats – technocratic developer-rule outweighs all else. The quest for technocratic "Pareto-efficient" answers is reminiscent of the European Commission´s process of proposing regulations to European member states. [1]

The technological revolution is just in its infancy. Small renegotiations between the digital and the analogue world will have a paramount effect on our lives. Whether private companies like Google or Facebook will be able to fulfil functions that pertain to the sphere of government will be one of the defining questions of the coming decade.

The internet of things, digital citizenship and competition-enforcing apps –envisaged and designed by proud small teams –are just a few of the recent innovations which fill the gaps created by technological advancements. They will not stop innovating but with every conceivable gap being filled, new opportunities to automate will inevitably appear.