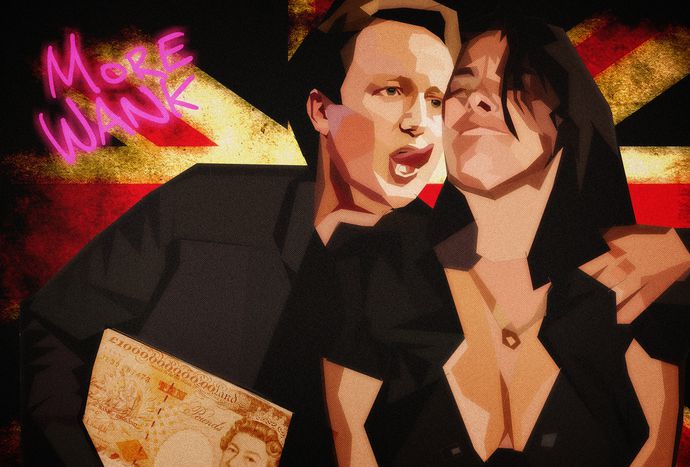 By Thomas Bignal Following years of speculation that Greece may leave the European Union, the attention has recently shifted towards the United Kingdom; the term “brexit” replacing “grexit”. Why should all EU citizens, British included, be concerned about this UK-EU crisis?

Ever since the British Prime Minister, David Cameron, vetoed the Fiscal Compact in December 2011, Britain’s relationship with the EU seems to have evolved from the challenging brother role, constantly complaining about what was proposed yet always coming back for more, towards leaving the European family altogether.

The greatest moment of the UK’s 40 year membership came -in part as a result of its challenging attitude- with the establishment of the single market which had as key aspects the free movement of goods, services and people. However, on a recent TV show on British television, David Cameron stated that the British government should look at arguments to make it harder for European citizens to come and live in Britain and claim benefits. Using the argument that too many non-British EU nationals, in particular from Southern Europe, are coming to the UK to claim benefits rather than to work in jobs British citizens seem to be unwilling to do, David Cameron is in fact willing to limit one of the key aspects of the single market so dear to the British; that is, the freedom of movement.

This stance seems to be part of the British coalition government’s overall aim: to negotiate new terms upon which to base the UK’s relationship with the EU. It is the British government’s belief that the UK should not have to submit itself to the additional integration driven in response to the current euro crisis. The UK sees this ambiguity as the perfect opportunity to renegotiate its relationship with the EU “competence after competence, area after area”. Reasoned simply on that basis, it would appear understandable for David Cameron to take that view; a view increasingly encouraged by a significant number of Conservative politicians, the backbone of Cameron’s premiership. Only recently, a key member of David Cameron’s cabinet, George Osborne, went a step further when he warned that the UK might be forced to leave the EU if the existing settlement is left unchanged.

The President of the European Council, Herman Van Rompuy, in response to the tone set by the British government, argued that “if every Member States were able to cherry-pick those parts of existing policies that they most like, and opt out of those they least like, the union in general, and the single market in particular, would soon unravel”. As such, it could be argued that David Cameron and his government are basically offering the EU institutions and Member States a choice between the end of the single market and consequently the EU or Britain leaving the EU altogether. It goes without saying what the EU would decide to do in this case.

UK leaving the EU, bad news for both parties involved.

Opinions diverge strongly on what would become of both Britain and the EU if Britain were to leave. Both would most probably survive, yet both could well struggle to compete in an increasingly competitive globalised world. Among many other negatives, Britain would lose their influence establishing the rules governing the single market, a market representing 50% of British exports, and would find it difficult to keep its place among the key actors in world politics, especially with the rise of new superpowers such as Brazil, South Africa, India, etc. In turn, the EU would also suffer from losing a key member and net contributor to the Union as well as its third biggest economy.

An average European citizen might wonder how these negotiations are problematic to them. The fact is that this situation should be of concern to all Europeans as its end-product will establish the basis of the future of the European Union for the next few decades. Either the EU rejects the British proposals to safeguard its unity and single market, consequently allowing the British to decide if they wish to stay within or not the Union and thus risking to lose one of its key economic partners.

Or the EU succumbs to the British proposals and establishes a Union where each member is allowed to pick and choose which policy it wishes to opt in or out; thus risking to put in peril the Single Market itself and hundreds and thousands of jobs throughout the Union.

The need to find an agreement, yet ensure a sustainable future to the EU

Finding an agreement allowing the UK to stay within the EU and reduce the UK’s willingness to renegotiate key areas of their relationship is an imperative to ensure long term jobs and quality of life throughout Europe, the UK included. Yet Cameron’s increasingly Eurosceptic stance seems to be doing the exact opposite, making it increasingly difficult for an agreement to be achieved. He might be doing so to satisfy his MPs which could be understandable, yet he is also putting the unity of his party over the long term interests of his country.

In fairness, Mr Cameron is in a highly unenviable position, stuck between the views of his electorate and MPs and the growing integration taking place throughout the Union. However, as citizens of Europe, we can only hope that our political leaders start to think about the interests of their citizens, rather than their own political career.