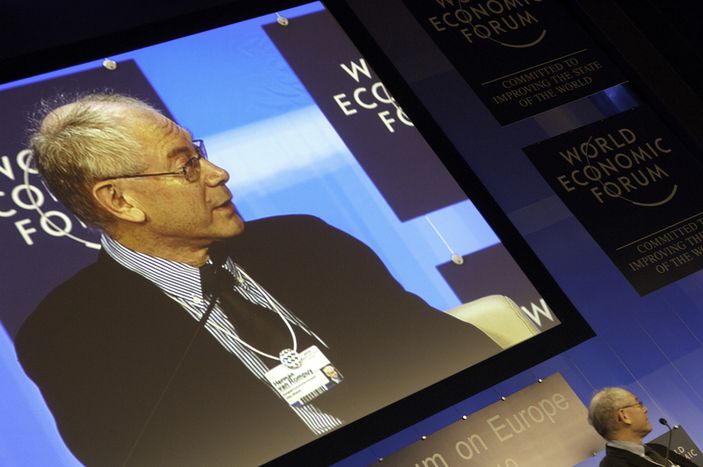 It’s been 100 days that Herman Van Rompuy has embodied the European Union, which is currently stuck between a slow economic recovery and the stormy negotiations over the financial aid for struggling Greece. Before an audience of members of the Belgian European movement, the country’s former prime minister recalls his daily duties in a role that is very much ‘work in progress’

An hour and a half in the company of members of the Belgian European movement – plenty of time for the president of the European council who seems to bounce from one event to another in search of solutions to Europe’ s problems. The audience has again brought the younger generation of Europeans together with the older ones and the press - Herman Van Rompuy is in familiar surroundings.

The post of the first permanent president of the European council is the result of a long drawn-out saga. Van Rompuy recalls the major events of this story (the founding fathers of the 2002 European convention via the doubts of the early 1970s), before coming to the crux of the matter – the establishment of the permanent presidency, the main shell of the Lisbon treaty.Formal rules seem to be few and far between: ‘I have therefore established informal contacts from the off,’ Van Rompuy says. He meets the president of the European commission José Manuel Barrosso every week, the European parliament ‘even if I do not have to answer to them’, the eurogroup and the Spanish prime minister whose country currently holds the rotating presidency of the EU until 1 July. The first permanent president has also come to preside over the eurozone council in an informal manner. As regards the upcoming Belgian EU presidency, the situation in which the country now finds itself has evidently not failed to attract his attention. The former Belgian PM wants to see the situation resolved as soon as possible ‘not only in the interest of’Belgians, but also in the interests of Europe in general.’

Continue reading the article on the cafebabel.com blog in Brussels