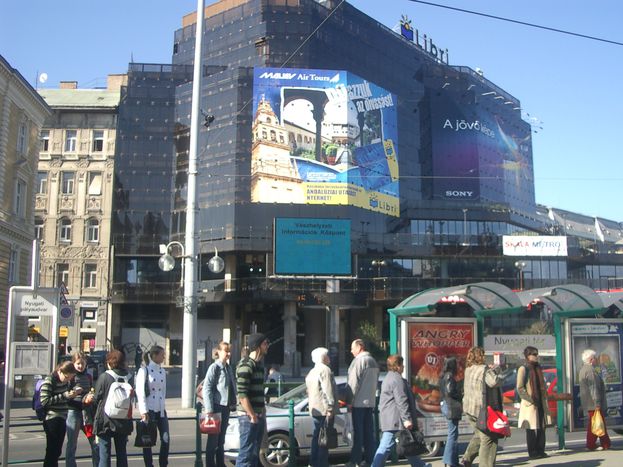 Whilst shopping malls spring up like mushrooms, more and more shops in the city centre stand empty. Where does the course lie between tradition and modernity in Budapest?

A hoard of small children jubilantly bounce around on colourful gymnastics mats. Mothers and fathers doodle on chalkboards with their offspring, music trickles in the background, children splash in the fountain and a specially ordered clown croaks out his entertainment show through a microphone. It is Saturday morning in Budapest’s biggest shopping centre, Arena Plaza, at a children’s festival organised by IKEA. 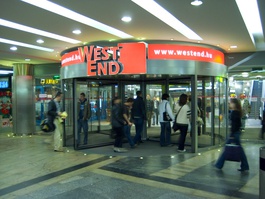 Budapest’s newest consumer temple lies only a few minutes on foot from Ostbahnhof, on a bleak side-road on the outskirts of the city. In November 2007 the shopping paradise was opened on former horse riding ring land. With a total of 66, 000 m2 selling space, Arena Plaza is so far the biggest of nineteen shopping malls which have settled in the city since the nineties. The shopping centre is owned by the British investment group ‘Active Asset Investment Management’ (AAIM), and houses brands like Peek and Cloppenburg, Tschibo, Häagen-Dazs and Zara, alongside a supermarket of the Tesco group.

‘That is the problem with globalisation. Everything will look the same sometime soon.’ As a preservationist and member of Budapest’s city protection society, Mihaly Raday is a known opponent of the invasion of his city by shopping centres. ‘I believe that the world is simply not exciting if everything looks the same.’ Raday, who also works for the television programme ‘Magyar Televizo’, is one of the busiest preservers of the old Danube metropolis. He fights for the preservation of green spaces and monuments in the city. His organisation successfully campaigned for the preservation of a tribute to the former horse riding ring through the licencees of the Arena Plaza, a tribute which originates from the early twentieth century. 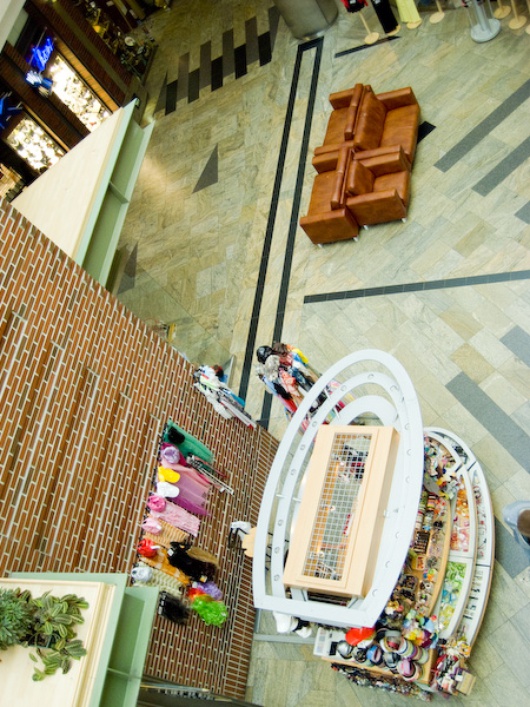 With the building of more and more shopping centres in the city centre, the critics have also come round. In the second area where ‘Mammut II’ opened only three years after ‘Mammut I’ in 1998, the district council complain of increasing problems with traffic. Local NGOs like the Conscious Consumers association analyse the new shopping traditions in Hungary. They have placed information on the internet about how one can shop in a environmentally and economically friendly way. The new ‘consumer world’ often demands that people travel by car. More and more small producers and shops have to fight with the competition from international brands. Statistics from the association of conscious consumers show a link between the upsurge of shopping malls in Hungary and the decline of smaller and independent shop owners.

Sold out in the city

‘Budapest has resembled a cake with raisins since 1989,’ argues Erszebet Beliszay from the Clean Air Action Group (In order to buy a coat) organisation. ‘The investors are like three-year-old children with dirty hands who pick out the raisins, whilst the rest of the cake dries out.’ The non-profit organisation, established in 1988, is one of the biggest in the whole of Hungary at the moment. They offer help with rights, carry out studies on air quality and handle themes such as traffic, green land, building laws and energy. The shopping malls have been on the agenda of the Clean Air Action Group since 1991.

‘The biggest problem is the uncontrolled growth of our democracy’

‘In 2000 there was already as many squared meters of selling space per inhabitant in Hungary as there was in Germany. And since then more and more centres have been built,’ explains Beliszay. ‘The biggest problem,’ she adds, ‘is the uncontrolled growth of our democracy.’ There is a formal democracy but it isn’t really ruled by public interests. A huge concern is handled by the city just as it would be by a small district council. 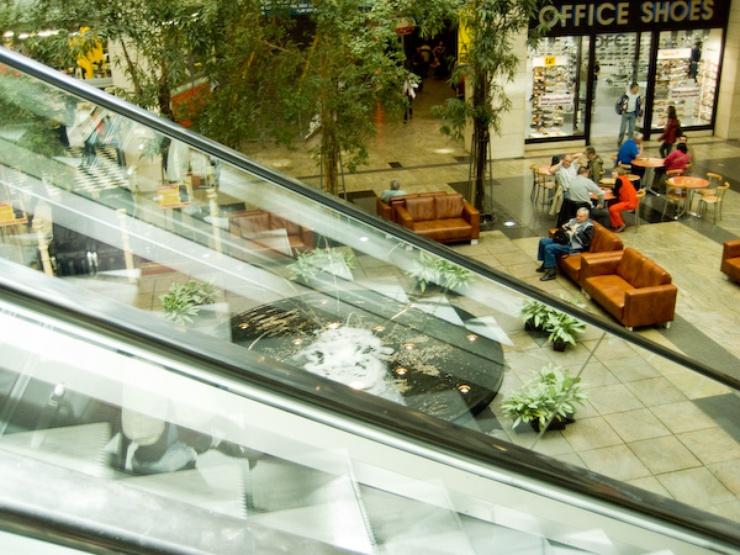 The difficulties, with which the small shops have to fight, are particularly easy to sense on the Körut, Budapest’s ring road. The once splendid shopping mile of the city has changed its face in the last few years. Many display windows are pasted over with cardboard or plastic, old shop signs remind us of better times. Almost the only things sold now are Gyros, mobile phone accessories or second-hand clothing. The fact that this impression does not deceive can be confirmed by Miklos Marton of Studio Metropolitana. His office carried out a study, unpublished until recently, about the ring road in 2007. The result: a quarter of the shops stand empty, excluding a newly renovated Nobelhotel. ‘You went to the ring road beforeto buy a coat,’ explains Marton. ‘Today you go to the Westend Citycenter or the Arena Plaza.’

‘The city isn’t a museum’

The young urbanist is against the resignation of many of his fellow countrymen. He says the shopping street in the city centre has to change to work with its competition. ‘We need to be self-critical. We must ask ourselves what people want from their shopping malls and what the problems of smaller shops are.’

'Budapest city is not a museum'

Among problems Marton lists are the brief opening times (the shops on the ring close at 6pm), unaccessible staircases leading to the shops for older and disabled people and prams, and tiny selling spaces and display windows. ‘They are remnants from the nineteenth century. The city is not a museum; we need solutions for the challenges posed by the shopping centres.’

Studio Metropolitana supports the shop owners’ initiatives. They want to resurrect the idea of a shopping street in the city centre with community projects, and create more events for children, like street festivals. ‘I visit the shopping malls with my children myself,’ admits Marton. ‘But if the city centre becomes more attractive, I will of course start shopping there. We have reached a low point in the city’s development but now it’s on the up again. Budapest is a city of possibilities!’

Thanks to Csilla Major