Has Europe missed its date with destiny?

The Commission is in no doubt: negotiations with Turkey should begin. An historic decision, but effective leadership is nowhere to be found. café babel proposes a solution. 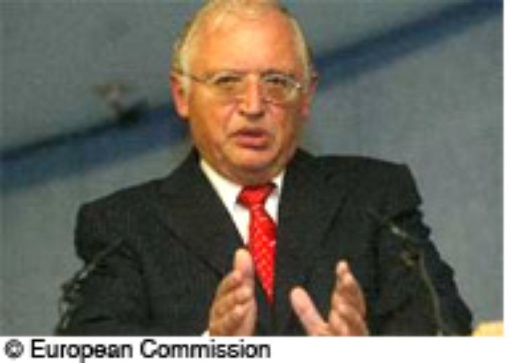 Young Europeans view the Commission's verdict on Turkey as an historic decision, regardless of whether they are for or against its entry. The report, published on October 6th and in which Brussels recommended to the European Council that negotiations over Turkish membership should begin, paves the way for Turkey to join the EU and determines the face of the European Union for the next ten to twenty years.

Why not include a Muslim, Asian country?

For the first time, it is being declared loud and clear that the Union is neither a Christian club nor a geographic region but a political project. There's no getting away from it as far as Turkey is concerned. It is an Asian and Muslim country; 97% of its territory lies in Asia and it has 66 million Muslim inhabitants. Yes, it is inextricably linked to European history and it is much more secular than either Greece or Italy but it is still irremediably different. Is that a good thing? Should Turkey join the EU? That is for our readers to decide. What is certain is that by agreeing to negotiate with Turkey - perhaps for ten years or more before real membership - the direction of the Union has been changed.

But the problem with Europe is that it is entering a new stage of its history without any true statesmen, without any farsighted politicians to lead the way and incite much needed public debate.

The Commission's decision has, as usual, not permeated beyond grey Brussels offices – just like previous directives about smoky bacon crisps and the size of bananas. Although Günter Verheugen, the Social Democrat Commissioner for Enlargement, has certainly been zealous in increasing diplomatic activity with Ankara, he has done little or nothing to explain the reasons for Turkish membership to the European public. Of course, without effective European media it is difficult to get a revolutionary message across to 25 different peoples. Still more so in a way that people will remember.

But the Commission has also disappointed because it has looked down on the very importance of creating European debate among the public. For example, why not have a European tour where Verheugen and Prodi promote the Turkish project across the continent? Why not make contact with the few existing European media outlets there are, such as the satellite television station Euronews and the café babel magazine, to put across the fundamental message for the next decade of European integration?

But Brussels is not entirely to blame

The truth is that our leaders, not only those in Brussels but also those in national governments whose power is now limited, do not want a public political debate on a European scale. It is much easier and simpler to manage the European public’s occasional surprise - and in some cases disappointment - than to generate debate prior to making a decision. Consequently, the public is still largely ignorant of historic changes such as Turkey’s eventual entry into the EU and the accession of ten new members this year. This avoids having to face trans-national discussions which would unsettle a ruling class which has never lived in the Europe that our generation lives in. This class has never taken part in the Erasmus programme, speaks foreign languages badly and thinks that the European Union is all about diplomacy.

Europe is not just about diplomacy and nor is it about bureaucracy. When it is just a question of standardising the shape of bananas in Europe, our generation also looks the other way. But when it comes to the integration of Turkey we want more. We want to create European debate and we demand responsible European leaders capable of communicating with us so that European democracy is not killed off in its infancy.

It is not too late. Yet.