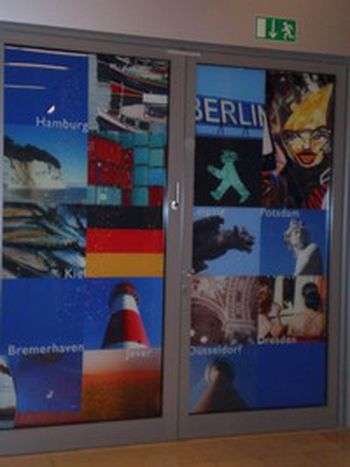 Built in lavish style in 2006, the Europa arcade in the centre of Hamburg is the city’s new landmark shopping centre. 'Europe' can at best be imagined here

If the owners are to be believed, Hamburg’s Europa arcade is not just a place where people shop, eat, and enjoy the view to the Inner Alster, but a place where Europe is celebrated at the same time. 'The name is the programme!' Wolfgang Fink says, after laying the foundation stone on behalf of the owner, Allianz Immobilien GmbH. The arcade takes its name from Europa House, an historical office building which previously stood on the site, but which had to make way for the new building. 'We consciously chose the name to contribute to the positioning of Hamburg as a European metropolis,' Fink continues. Can Europe really be found everywhere where the name is used?

Thursday evening. The whole of the city centre is festively decorated, but chaos rules on the streets; bendy buses manoeuvre elaborately through the rush hour traffic, pedestrians dart across the crossings despite the red lights. The arcade is open as usual until 9pm. Immediately inside the entrance I run into a group of German tourists, talking loudly about the choice of shops. 'We’ve got an H&M as well!' calls one to his wife, who has already disappeared into a designer sportswear shop.

I set off in search of Europe. I stop to take a look at the 15% international tenants which the management managed to gain for the arcade. In addition to the usual Swedes (H&M), I find predominantly German companies (Goertz, founded in Hamburg; Oska, a trendy Munich label; Tommy Crystal, the jeweller Thomas Hoffmann from Dresden), at least one Polish company (Lantier and Lambert) and finally several American shops (Oakley, a sunglasses and watches shop; Tommy Hilfiger). My Eurobarometer shows that up to this point, it’s average at best. The much vaunted mix of shops, as the PR patter would have it, shows itself to be less than spectacular, and one which could be found in any (European) shopping centre. 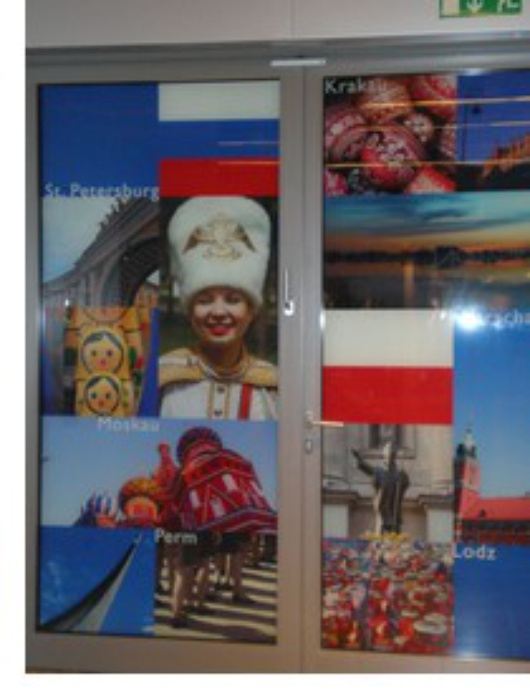 A little disappointed, I end up in a well arranged book shop belonging to a large German chain. The travel literature section is particularly good: from long distance travel to Africa or Asia, to island hopping in the North Sea – there is a guidebook for almost every part of the world. European destinations take up a whole wall. Eurobarometer: better, but still not quite convincing.

I sit down in the 'Bagel Park' cafe, an American-style Hamburg coffee shop, and order an international speciality espresso with an Italian name. Eurobarometer: not worth mentioning. A Russian extended family relax over coffee and cake next to me. Should I talk to them about my European theme - I decide not to. 'Nothing much here is particularly European,' says Kim, a barista who brings the bill, 'Maybe the restaurants downstairs? But they’re mostly Asian.'

Europe’s ‘Walk of Fame’ is in Hamburg

The verdict so far: the most European thing about the arcade is its decor. The floor immortalises the names of various cities, which evokes the ‘Walk of Fame’ in Los Angeles. The front windows display huge posters welcoming visitors in diverse European languages. Underneath are the words: We are Europe. The walls are decorated at regular intervals with photo collages, with European countries as themes. Even Russia is represented with a poster and a collage. 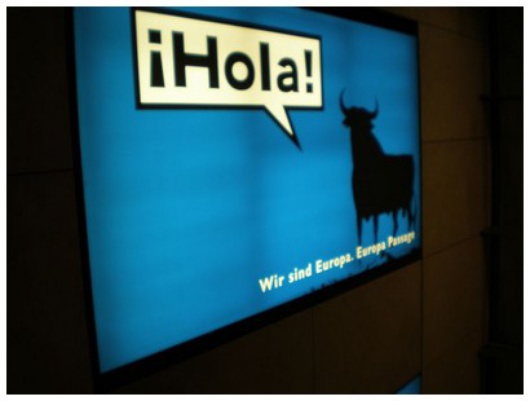 A few steps further and a nail studio may be found, offering American manicures. It is run by Asians. In the window is shrine to Buddha, with incense sticks and coins. I go in on impulse. You have to look in the least likely of places. Sadly, I learn nothing more than that the shrine is holy and is on no account to be photographed. Conversation subsides.

I turn to the information desk. A listless, morose middle-aged woman is sitting there sorting leaflets. What makes her workplace European? A shrug of the shoulders. Is it enough that Germany is part of Europe? Otherwise the retail trade is a difficult issue these days, says the information woman. 'You can see what’s going on here. It’s full, yes, but whether the people are actually buying anything or just looking, I can’t say.' Eurobarometer: unsatisfactory.