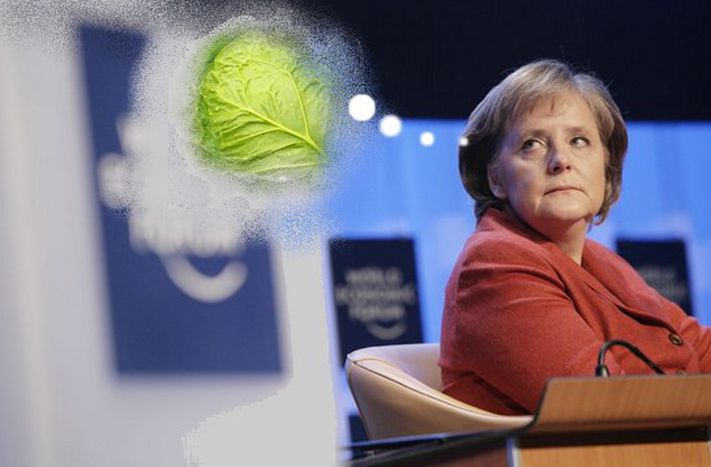 Haggis or crepes? European politicians and their favourite food

About cabbage, Angela Merkel has said 'it's robust and easy to freeze. You can always put it away and it will still be tasty after storing it.’ On 27 September the German elections will show whether Merkel is as endurant as her favourite vegetable 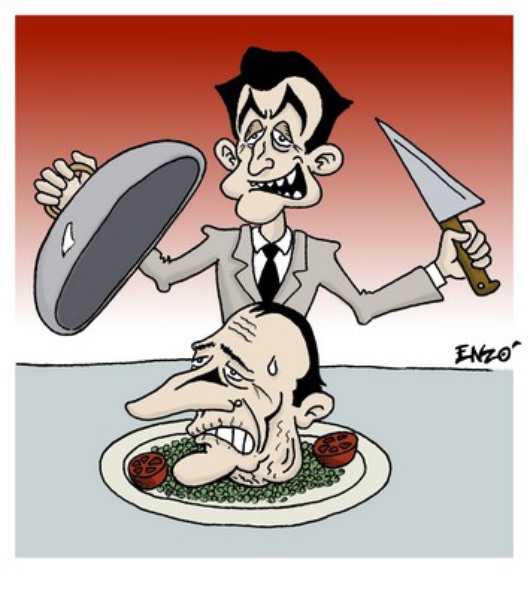 Angela Merkel likes to cook. In 2001 she was even elected 'Cabbage Queen' by the tradition-conscious in the city of Oldenburg, near Hamburg, and has said that her favourite dish is Mettwurst (minced pork sausage) with green cabbage: 'It's robust and easy to freeze. You can always put it away and it will still be tasty after storing it.’ Former German chancellors prefer the simple fare too; Helmut Kohl's love for Pfälzer Saumagen (similar to Scottish haggis) is almost legendary, whilst his predecessor Helmut Schmidt once cited pea soup as his favourite dish. Philosopher Karl Marx was a fish fan, as mentioned in a volume of poetry by his daughter.

Culinary characteristics can possibly have effects on diplomatic relationships. In Kaliningrad in July 2005, former French president Jacques Chirac supposedly cracked a joke at the Brits' expense with his Russian counterpart Vladimir Putin: 'One cannot trust people whose cuisine is so bad.' Seems he in turn couldn’t be trusted; in 2002, French newspaper Le Parisien discovered that when he was mayor of Paris, he made taxpayers cover the costs of his daily baguettes, milk and Corona beer.

Across the Channel, former British premier Tony Blair isn't so sure about his own culinary preferences. In an interview in July 2006, he revealed he preferred spaghetti bolognese (like fellow Italian-food lover, US president Barack Obama, said to be a pizza fan), but he has also been spotted popping around the corner for some fish and chips with his family. In 2001 during his election campaign, he brought fame to Bradford Road's Happy Haddock shop. He must be as traditional as Prince Charles is, who likes to treat himself to simple scrambled eggs.

Winner of strangest speciality goes to Spain's prime minister Rodriguez Zapatero, a fan of salted melon. In January 2008, the Spanish media reported how it was a tradition from his paternal grandfather, Spanish soldier Juan Rodríguez Lozano; in their hometown, people who couldn't afford to buy ham with their melons used salt instead. Further central-east, Irena Košiková knows about president Václav Havel's eating tendencies: according to September's edition of The Prague Post, he loves his crepes flecked with ham foam. Irena should know; she was the president’s cook for two years. Apparently he wasn't a big fan of lentils, beef tripe and elbow pasta, as they reminded him of his time in prison. Lastly, the best way to man is through his stomach; especially in the case of Finnish prime minister Matti Vanhanen. Ex-lover Susan Kuronen revealed that he loved oven-baked potatoes, and in March 2007 Britain’s The Times published a quote from her kiss-and-tell book The Prime Minister's Bride: 'Once after kissing me, he said that I taste even better than an oven-baked potato. That was great!' 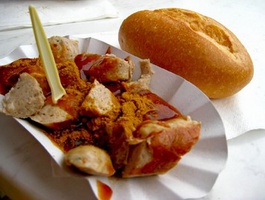 If there's no sausage stand handy (like around the Brandenburg Tor, where former chancellor Gerhard Schröder would allegedly escape from parliament for a bit of sausage therapy), you could also prepare it yourself.

Heat 300ml tomato ketchup with 150 ml vegetable stock, sprinkle sparingly with curry powder and pour the warm sauce onto your cooked sausages, with a dash of roast onions and a last dash of curry powder. Guten Appetit!