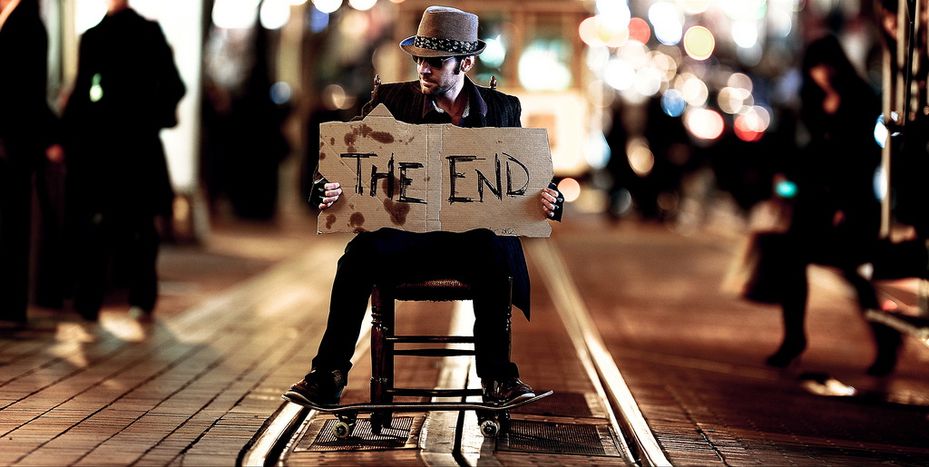 Gypsies, yoga and corruption: tales from the Bucharest-Chisinau express

When travelling to eastern Europe prepare to step out of your comfort zone, unless luxury hotels for sleazy businessmen and escort girls are your cup of tea. Only by mixing with the ordinary can we grasp the not-so-ordinary reality. Romania and Moldova are no exception. One Belgian traveller tells the story of his journey by night train

'All aboard, this train is about to depart,' shouts an employee of the Romanian railways at the top of her lungs. She takes her whistle out, jumps on the first step of the train and blows it. A latecomer  runs on the platform carrying suitcases almost as heavy as his enormous belly.  She refuses to allow him to board the train; he will have to enjoy Bucharest for a little while longer. The doors close and the ancient mass of steel  and wood  clings strenuously onto the rusty rails.

In each carriage there is a 'head-attendant' - it's more or less like a mother. She shows you to your sleeper, gives you bedsheets, enquires about your comfort and wakes you up once at destination. My 'mum' appreciates my French accent as I speak Romanian. She wants to pamper me and assigns me to share a sleeper with a thirty-year-old. 'I think he’s the cleanest of all tonight’s travellers. You won’t find his old socks next to your sandwich or your pillow.' Thanks mum.

'Ceausescu banned yoga, it was a sign of subversion'

'Hi, I’m Tomas. I’m going to Iasi to see my mistress. Darn, just a second,  my wife is calling me. Make lots of noise please, she mustn’t hear I’m on a train!' I grab my suitcase and start banging it against the walls. I cough and play all the ringtones  on my phone. Tomas looks at me in anger. 'What do you think you’re doing? Make less noise, I'm on the phone!' I sit down, arms dangling. I do not dare make a sound.

Tomas hangs up. 'You know, I noticed you have an accent. No doubt you’re one of the Romanians in diaspora. You do know that this is a rotten, corrupt country. That's why I use hands-free calling. That way they can’t spy on me.' I open the window. The air in the carriage is unbreathable because of the cheese and salami in my bag. The scorching heat doesn’t help either. The 'cleanest man on the train' has no luck. He’s come across the stinkiest. 'Why are you afraid that they spy on you?' I ask, intrigued. 'It's simple. I am a man of two faces. I work in advertising, my goal is to sell crap to consumers. I am also a yoga teacher. (Romanian dictator Nicolae) Ceausescu banned yoga, it was a sign of subversion. Even today, those who practice yoga in Romania are perceived almost as terrorists.' I take out my vodka and my sausage. 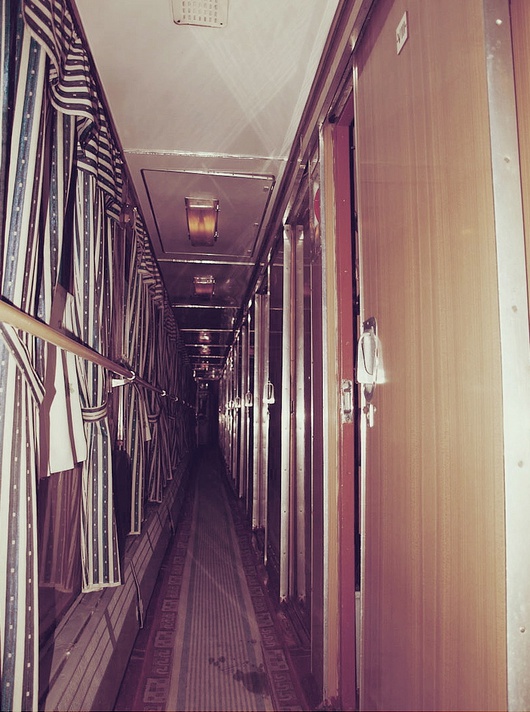 'You know, most problems in Romania are caused by gypsies,' he goes on. I down a few shots of vodka. This is an old story I heard millions of times. It tires me. Tomas continues along the same lines. 'I have a couple of stories to tell you. The first one happened when I was  a logistician for the special police forces in Bucharest. One day, we organised an operation against one of most dangerous gypsy lords in the capital. I joined the intervention team to see what happens. We wanted to enter his huge property by climbing the walls. Finally, we decided to ring the bell. You know what the guy told us? 'Yes, wait a second, I’ve got to chain the lions!' I'm not kidding, this guy really had two lions in his garden! We saw an open suitcase on the table in the living room. There were several million lei inside. We all exchanged glances and then we all looked at him. He turned white, he understood what we were thinking. It would have been so easy, we would have made it all look like an accident. But in the end we just arrested him and forfeited the money. Such idiots. We passed the money from one mafia to another, the state.'

I take another sip of vodka. Tomas’s tales amaze me. The sparkling playboy is a real chatterbox. 'The second story  took place in the countryside. My wife and I were calmly driving through a village. Suddenly a horse out of control gallopped across the road, with the gypsies on its heels. Frightened, the horse collided with my car, making a dent.' Our foster mum emerges to ask if everything is okay. Tomas tells her that things would be much better if she spent the night with him. She laughs and walks away. 'Where was I? Ah yes! I got out of the car, and told the group of gypsies I’ll call the police as that's what needs to be done in these cases. They laughed at me saying the police was afraid of them. They walked away. At that point I lost it. I told them I’ll kill them if they make another step. They did not listen. I got back in my car, and I gave it some gas.' I nearly choke on a piece of sausage. 'Did you run them over?' 'Well yeah what did you want me to do? They damaged my car!' I pour myself another drink. 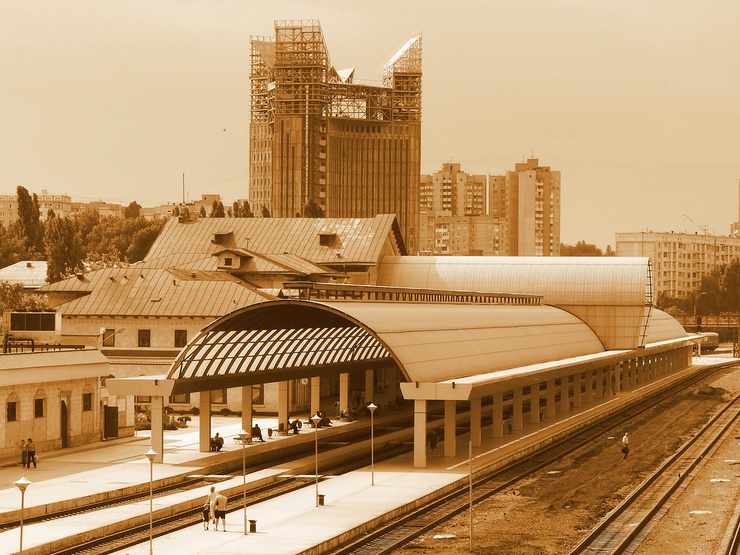 'But hey, nobody died. The only issue was that one of the gypsy women had a baby in her arms. He fell and received a wound to the head. The others had only some broken bones, nothing serious. But hey, I had to drive off really fast as some other gypsies were after me to kill me. It felt bad.' I ask him if he felt bad because he had nearly killed several people. 'No, are you stupid or what?!? I could’ve gone to jail.' I should have guessed. 'Ultimately, it was all sorted. The head police officer of the village was one of my wife’s cousins. I gave him a nice envelope, and the complaints got lost. That’s how it works around here.'