Guy Verhofstadt is my candidate for President of the European Commission

By Guido Montani, Vice President of the UEF

In 2007, the Union of European Federalists decided to launch a campaign for giving the European citizens the possibility to choose a President for the European Commission . A politicization of the electoral campaign was necessary in order to avoid a low citizen’s participation to the next European election.

The way to build a supranational democracy – the Prague resolution says – is that of allowing European citizens not only to elect their representatives in the European Parliament, but also to choose the President of an executive, i.e. the European Commission, to implement their electoral programme. In effect, the title of the resolution was “A Government Programme for Europe”.

In the eve of the European election, we are in a position to evaluate the results of the ''“Who is your candidate?”'' campaign. Our attempt to create a “public European space” through a direct and public confrontation between two or more candidates to the Commission clearly failed. At present, Barroso is the only candidate. Hence, there is no public debate on the future programme of the European Commission and the European elections have turned into the addition of 27 national elections, with national boring debates among national political leaders interested only in national issues. The participation rate will fall down further and the euro-sceptics will be able to say that Europe is of no interest to the citizens. The main responsibility for this situation rests on the Party of European Socialists, because although some of its members (the French, the Italians, the Young Socialists) have asked for a candidate, the European party leaders have refused to do so. 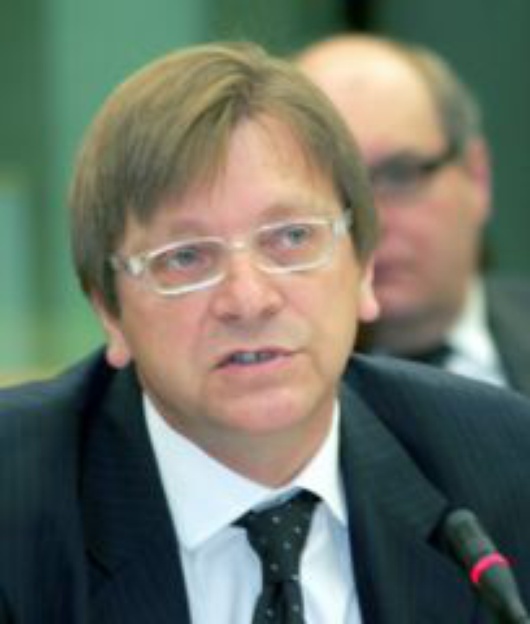 However, the federalist campaign is producing some important results. In a meeting in Bilbao, the Democratic Party, led by François Bayrou and Romano Prodi, proposed to support Guy Verhofstadt, former Belgian Prime Minister, as candidate to the presidency of the European Commission of a coalition reuniting the liberals, the greens and the socialists. During a press conference at the European Parliament, Mr Guy Verhofstadt blamed Barroso for his incapacity to effectively face the financial crisis and said that “the candidate to the presidency of the European Commission should present his political programme to the European Parliament before the vote of confidence” and that only on the basis of this he will then decide his position.

Moreover, it may be useful to know that Sandro Gozi (Italian Democratic Party), the President of the Federalist intergroup in the Italian Parliament explained that Guy Verhofstadt's proposal was conceived in order to oblige the socialists to clarify why they would not propose a candidate (is there any hidden agreement with national governments?) and, eventually, to create a coalition with the greens and the liberals inside the future European Parliament in order to “Stop Barroso” .

Of course, today it is impossible to know the outcome of that situation. We can only say that the logic of the Guy Verhofstadt's proposal is to shift the political pendulum from the Council, which was until now holding the monopoly of the nomination of the Commission President, to a majority inside the European Parliament. It is a bold and difficult initiative. But it is a step forward for the transformation of the European Union in a supranational democracy, because the European citizens will consider the European Union a bureaucratic body, and not a political community, until a real debate among a majority and a minority takes place inside the European Parliament. Without a permanent European debate there will be no European people.