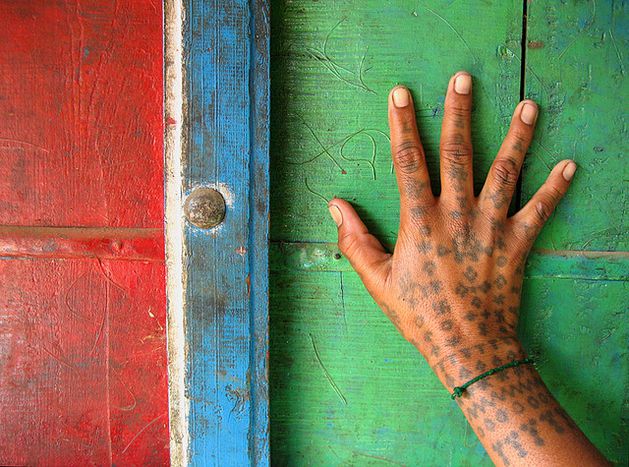 Sweet curries, salt deserts and living gods: Gujarat isn't the India you might know. The Kutch region mixes spectacular natural sights with magic in shining red and vibrant pink. If you're lucky, you might even steal a glance at the dancing Krishna. But just why is Gujarat so special?

If you want to understand Gujarat, you will not only have to visit Krishna, suck on a piece of jaggery and stare for hours at the Arabian Sea, but you will also need to travel into the desert. The Rann of Kutch (salt moor of Kutch), as the gigantic salt and clay desert in the west of Gujarat is known, covers more than 28,000 km² and is almost a country in its own right. Every year the monsoon and the Arabian Sea flood the vast desert plains and drench the soil in salt water. What is left looks like an eerie moon landscape in which the human eye loses all sense of direction after only a few moments. With salt plates crunching under every step, the hard crust bursts open in some spots, causing a black substance to ooze from the cracks: Oil residue, sea silt and the clay sub-soil are combined into a sticky mixture. A long time ago, nomadic tribes on camels regularly crossed the Rann, but since the separation of India and Pakistan after Independence in 1947, the frontier between both countries cuts the salt desert in half. Nowadays you will only meet Indian Army Jeeps in this military zone. It almost seems ironic that both Mahatma Gandhi and Muhammad Ali Jinnah, the father of the Pakistani nation, were Gujaratis. 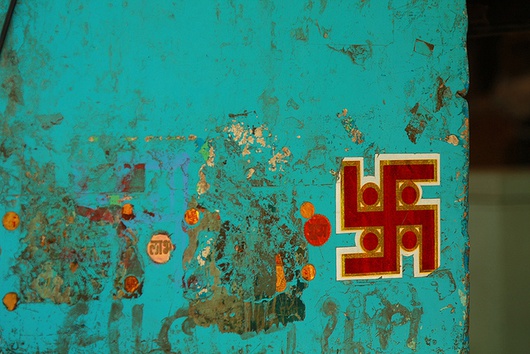 In the narrow lanes of Bhuj, a desert city in the Kutch region, some hints of the nomadic life of past centuries remain. Here the women of the Meghwal and other tribes saunter through the streets lined by small textile shops and souvenir stalls. Their clothes are magical: intricate embroidery, mirrors and gold thread decorate the traditional vests which cover arms and shoulders, but leave the back entirely bare. Along with these, the women wear heavily embroidered skirts, black veils and gold ear and nose rings. For many Western textile designers, the area around Bhuj is a magical place where they can rediscover old sewing and printing techniques and seek inspiration. “The textile culture of Kutch is unique and includes all social sections and religious groups. Both Hindu and Muslim women create embroidery, but the colours, patterns and techniques they use are fundamentally different.” Unfortunately, in the 21st century this art is on the verge of extinction, bewails Vikram, whose family has opened a private museum for textile arts in Bhuj.

Although the art of embroidery, printing and quilting is still cultivated in the villages of Kutch, the modern age, with its artificial fibres, bright colours and cheap textiles has destroyed large parts of the traditional industry. “Many people prefer to wear ready-made t-shirts or sarees. Their colour preferences are changing too. New embroidery is often neon pink or purple and the quality of the material is worse.” That is why Vikram's family collects skirts, vests, bags, rallis (quilts) and dowry bags to exhibit in their museum and to keep at least some textile artworks in the area. Certain NGOs have also rediscovered the art of embroidery: some of the Meghwal women, who stroll down the streets in the late afternoon laughing and gossiping, work for small cooperatives which sell high-quality textiles at equitable prices. 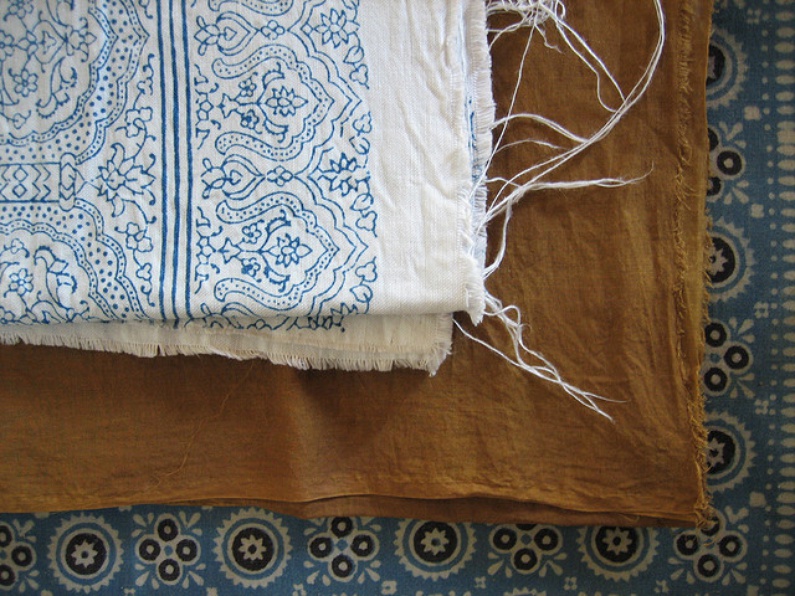 Foreign faces are still relatively rare in Gujarat. Maybe it is because the desert state has a reputation of being hard to travel to. Maybe the tourist groups are easier to channel and direct to the neighbouring Rajasthan. Cities like Pushkar, Udaipur and Jaisalmer, however, are now so prepped for tourism that you will inevitably feel like you have entered an Indian Disneyland where the shimmering, exotic decoration is only made of plastic and cardboard. Of course, the invasion of the modern producer and consumer culture has not spared Gujarat, after all this was simply a matter of time. Nevertheless, it is quite magical to leave the neon Disneyland and enter a curious fairy country in which the combination of traditions and modernity, of myth and reality, is achieved in more careful and harmonic ways.

If you love the solitude far off the tourist trail, you will love Gujarat and Kutch. Luckily, many of the tattered buses of the state public transport company drive into the desert. Not too far from the Pakistani frontier, roughly four hours out of Bhuj, the small monastery of Than, perched between rocks and dry undergrowth, is home to a monk and his servants who lead a quiet, lonely life. With a police permit for restricted areas, you can stay the night and sleep in one of the rooms on the second floor, which are decorated with beautiful sandstone carvings and wall paintings. The monastery, however, is in a rather desolate state: since the devastating earthquake in 2001, which left 20,000 dead and 167,000 injured and destroyed large parts of the settlements in the Kutch region, not much has been restored. It is a state of disrepair at which the peacocks roaming through the brush can only rejoice . Stalking down the many swinging branches and broken wall fragments, they hop – sometimes silently, often screaming noisily – into the courtyard of the monastery. 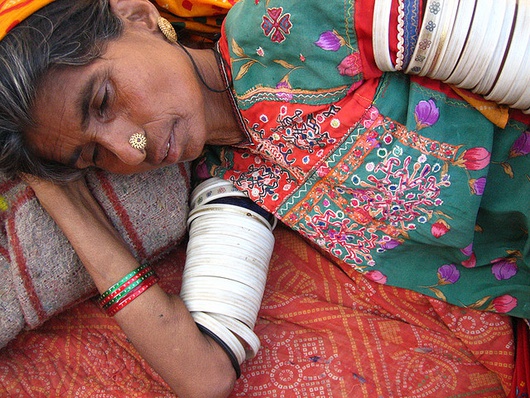 As the sun is slowly setting behind the hills which separate India from Pakistan, the sky is drenched in red while blue shadows emerge from the low brush. In the twilight, the dancing peacocks almost look like mythical creatures. Maybe Krishna himself is dancing between the trees with his gopis? Gazing at the bleak landscape, blinded by the strange light with its many colours, it is not always easy in Than – as in the whole of Gujarat – to discern between fairy tales and reality. In the background, a mantra echoes between the monastery walls. Slowly the jangling of an old television supersedes it as the monk prepares to indulge in his evening activity of watching old series about Shiva and Krishna, garnished with a lot of make-up, glitter and special effects from the 80ies. Drunk on this mixture of fairy tales and capitalism, on neon pink interspersed with dark blue, on mythical Krishna cults and modern television series, one realization seems inescapable: Gujarat is magical.