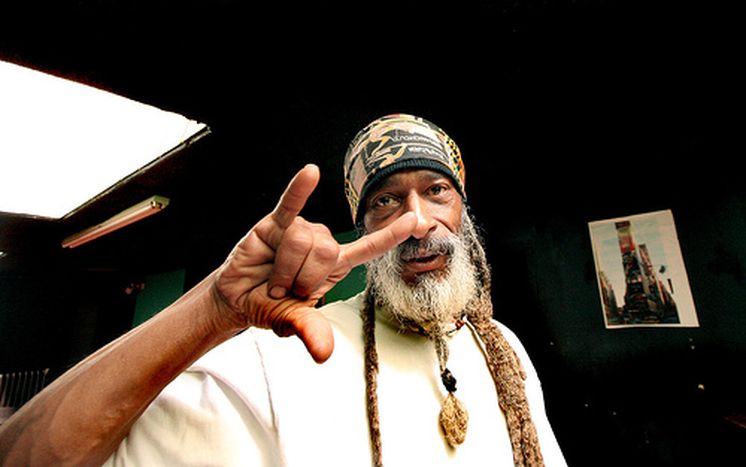 Guide to the reggae underbelly of Milan

Maybe it all started on 27 June 1980, when Robert Nesta Marley arrived at Linate airport for the first of the only two concerts that took place in Italy in his career. 100, 000 people attended from the early afternoon on the grass of the San Siro stadium, which hosted a non-sporting event for the first time.

Since then, the 'good vibes' of reggae have not stopped resonating through the clubs, streets and headphones of the devoted

Italy - and Milan in particular - owes the promotion of reggae music and Jamaican and Rastafarian culture to veteran Vito 'War' Fiorentino. In the 1980s, the Milanese pioneer organised the first concerts with now well-known Italian groups, such as Africa Unite (a Turin band founded in 1981), Sud Sound System (dancehall reggae sound from Salento) and Pitura Freska (Venetians nicknamed the 'UB40 of Italy'). War's affair with the radio started in 1988 with the Radio Populare network; he presented the programme Reggae Radio Station, the longest-running radio format specialising in reggae music that is still on air. Today Vito War continues his 'mission', setting dancehalls alight in Milan and all over Italy, often supported by younger promoters of the genre. Amongst these is I-Tal Sound, a protagonist of reggae promotion in Italy from 1998. In a decade of activity, I-Tal Sound has hosted the biggest Italian sounds. They have made way for international collaborations to Milan that have brought the likes of the German-born British DJ David Rodigan and numerous Jamaican artists, such as the much talked about Sizzla or Capleton, 'The King of Fire' and 'The Prophet'.

Nights in Milan have a tint of Jamaica starting early on in the week. On Tuesday nights, the evocative and typically Milanese garden of a palace courtyard, the multipurpose space of the Regina di Viale Monza courtyard, abandon the daytime robes of the spa and don those of reggae, with the exceptional sounds of Vito War, Irie Soldiers and Golden Bass. Wednesdays are about being at the Porta Romana from 7pm to 9pm, where Suna -Italian Dance Hall Crew choreographer and bronze winner at the European DHQ Contest 2008 - gives classes to the kings and queens of dancehall. In the lessons, you can learn old and new steps from Pon di River to Gully Creepa, the technicalities of acrobatic tricks, the wining method, couple and group dances.

For those who want to continue with the 'danz' until the early hours of the morning, the Molotov pub at Via Cesare da Sesto opens its doors to an unmissable rendezvous with Mercoleweed. On Thursday reggae takes up residence in Via Watteau at the self-managed Leoncavallo social centre, the first venue to host Sud Sound System live in 1989. Big international names alternate with young independent producers on the Italian scene at the large entrance hall, as with the small and inviting Baretto in the Leonka garden. At the weekend the Milanese reggae population dances the night away at the glamourous club Circolo Magnolia, in the Linate district, and the Live Music Club in Trezzo sull'Adda, without obviously forgetting to take a trip 'underground' to the numerous social centres and the privately-run areas that have always defended the genre with maximum ardour: SOS Fornace, the Casa Loca crew from the UK, the CSO Cantiere 'social laboratory' from Milan, amongst others.

'Reggae music shows you life in its totality'

Beyond the clubs and promoters, there is the massive that has made Milan a real European centre for reggae. Among theses aficionados you can't forget about the originals, the Jamaicans resident in Milan, a number of whom escape even the archives of the general consulate of Jamaica in Rome. Many of them work by day and sing by night, such as Ragien Nesta Lawrence aka High Priest. He was born too late to have known reggae's icon personally, but was brought up in the district of St. Ann, a stones' throw from Nine Mile, the area that gave birth to Bob Marley. You can't help but assume that reggae runs in his veins. 'Reggae music is real because it shows you life in its totality: the good and the bad, the poor and the rich,' says High Priest. 'Milan's reggae music is even more real: it is able to unite different cultures under the same roof where, dancing freely, you encounter the message of One Love, One Heart. I can finally see the cosmopolitan face of Milan at the reggae nights in this city.'