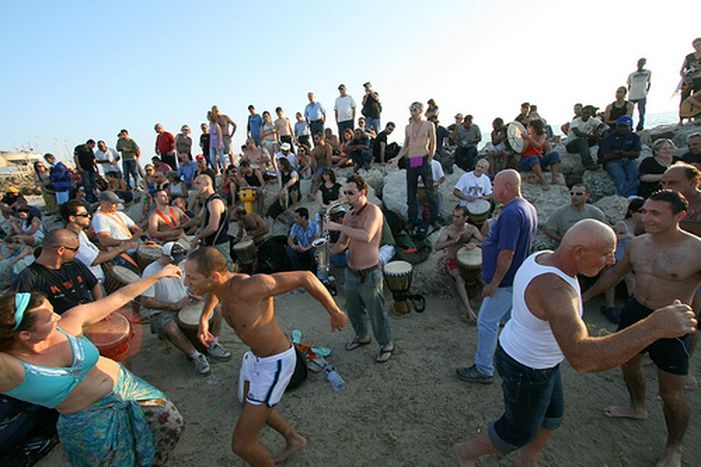 A relaxed atmosphere, rich culture, vibrant nightlife and beautiful sandy beaches have made Tel Aviv one of the most popular tourist attractions, to the extent that the city has to take care of ensuring the diversity and comfort of services of the fundamentally different groups who come to enjoy the city. The peaceful co-existence of religious and homosexual beaches, as well as dog-free and dog-permitted ones, is an established practice in the city. 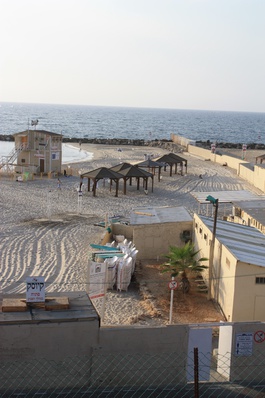 Hof Hadatiyim, or the beach for religious people (also known as 'the separated beach'), has squeezed itself among the vast 'sinful' seaside areas between the Sheraton and the Hilton beaches, near a thin strip dotted with hotels. Men and women are allowed in on alternate days of the week. Those willing to access the beach do not have to provide any other evidence of religiosity, just observe the rule of gender segregation and other general rules of behaviour in places like that. A pathway runs down a hilltop to a fenced-in beach. The national flag is visible over the fence and decorates the beach from inside. The path allows a 'sinful' look or two to the areas around the beach for those who are descending to their purified destination. It also allows others to see what is going on inside the religious beach; from the hilltop, the separated beach is not so secluded after all, and not so religious on Saturdays, the holy day for the orthodox.

Hof Haclavim or the caninebeach starts immediately to the south of the beach for religious people. It is the only place at the seaside where dogs are allowed, to the joy and benefit of Tel Aviv's abundant pet owners. While the owners relax on the white sand or amuse themselves playing ping-pong, dogs run freely around, splash water and build new relationships.

What may surprise people coming from Europe is the amazing discipline of Israeli dogs. Big or small, they never bother passers-by, let alone jump at them to play. Dogs are generally preoccupied with themselves and the friends they make on the beach – this is the condition necessary to allow everybody to enjoy the pleasures of the beach without getting frightened by big (or small yet aggressive) dogs.

Atzmout Beach leads to the 'gay beach' is approximately coincides with the Hilton beach, which was predictably named after the Hilton hotel. 'It's not official [as a gay beach],' explains Idan, a Tel Aviv local. 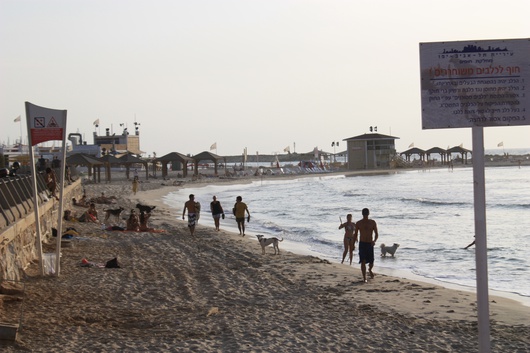 'However, you will notice mostly 'guy and guy' companies there. Women like this beach, too, because they can feel secure – nobody will come to bother them,' he adds. Other locals explain that the 'gay' nature of the beach developed because a big park nearby became the most common meeting and dating place for members of the abundant and confident gay community of Tel Aviv. Unsurprisingly, it is said that most homosexuals of Israel try to move to Tel Aviv in order to enjoy the freedoms and opportunities provided by this laid-back and bohemian city.

Bearing in mind that Tel Aviv makes a living out of tourist infrastructure, it is not surprising that it caters 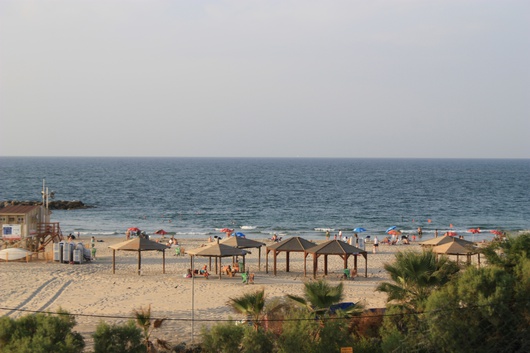 to the various needs of its inhabitants and visitors. What does not fail to amaze its visitors is rather the super-short distances separating the different beaches. Although the coastline suitable for sunbathing stretches for many kilometers, the religious beach and the gay beach are just a couple of minutes from each other – separated by the dog beach and a thin strip of a general beach, just in case. In a country where a display of religiosity cannot help but coexist with the thriving gay culture, it's only logical.

Visit other beaches, including:

- Hof Hatzuk, in the north, charges an entrance fee

- Gordon Beach, across Gordon street, south to the marina, for the volleyball

- Metzitzim Beach, at the north of the beach line and to the right of the religious beach, located where the former Sheraton hotel stood

- Frishman beach, near Dan Hotel and the US Embassy

- Drums beach, on the back of the Dolfinarium complex and Chinky Beach Bar