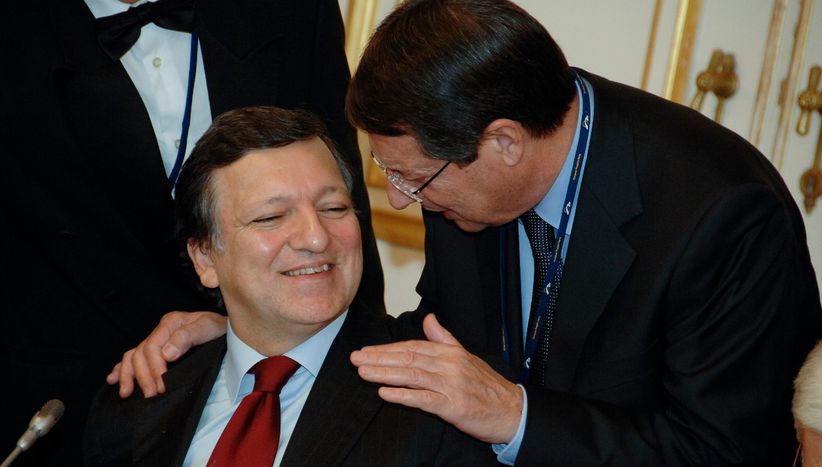 The conservative Nikos Anastasiades will be Cyprus's next president. Anastasiades, who campaigned on an austerity platform, won against the leftist candidate Stavros Malas in a run-off vote on 24 February, securing 57.5% of the vote

Will the new president of Cyprus tackle overdue reforms in the highly-indebted country or submit to foreign demands regarding the austerity policy and the Cyprus dispute?

Cyprus stands a good chance of pushing through reforms under its new president Nikos Anastasiades, the German left-liberal daily writes: ‘The Greek Cypriots' new conservative president will be a considerably more obliging partner than his communist predecessor Dimitris Christofias, who did all he could to avoid having to sign an agreement with the EU and the international monetary fund. But Anastasiades' job won't be easy. Right before the election the EU commission put out new negative figures on Cyprus's economy. Without cuts in the public service, which is also too big in Cyprus, there can be no progress. The mistakes that Athens and the international players made should not be repeated in Nicosia. But if it can restructure its banks, Cyprus is in a better position than Greece. The administration is better organised, Nicosia can pin its hopes on large gas reserves, and it has now a prime minister with a clear majority’ (Christiane Schlötzer)

More than half of the Cypriots showed their support for the austerity policy by voting for Anastasiades. But it won't be implemented without protests, the Italian left-liberal daily predicts: ‘Anastasiades, the 66-year-old leader of the conservatives, now has just one mission as president: to secure the 17 billion euros in EU money needed to save the country from bankruptcy. In return the EU wants Anastasiades to implement the promised harsh fiscal reforms and actively combat tax evasion. This difficult task is now in the hands of the 'pragmatic conservative', as he is known: A president who according to observers will push through the austerity measures and has the strength to defy the protests that will soon replace the celebrations on the streets of Nicosia’ (Alessandra Baduel)

‘Could be forced to approve solution to Cyprus dispute’ – Kathimerini, Greece

The new Cypriot president is popular in Berlin not just because of his adherence to the austerity policy, the Greek conservative daily notes, fearing that Anastasiades and German chancellor Angela Merkel will retable the Annan plan that failed in 2004 and that foresees the reunification of the island as a confederation divided into two constituent states: ‘Anastasiades has never made any bones about his convictions regarding the Annan plan [he supported it in 2004] and the austerity memorandum, which creates a truly explosive combination. The economic submission of Cyprus may not just be a temporary phase. It could be the beginning of a new tragedy that continues with the signing of a new Annan plan inspired by the Germans. Through the austerity memorandum, political pressure could be exerted on Cyprus's 'new' leadership so that it is faced with a fait accompli and accepts it. Or in other words, it is forced to approve a solution to the Cyprus dispute on the basis of the shameful Annan Plan’ (Zeza Zikou)